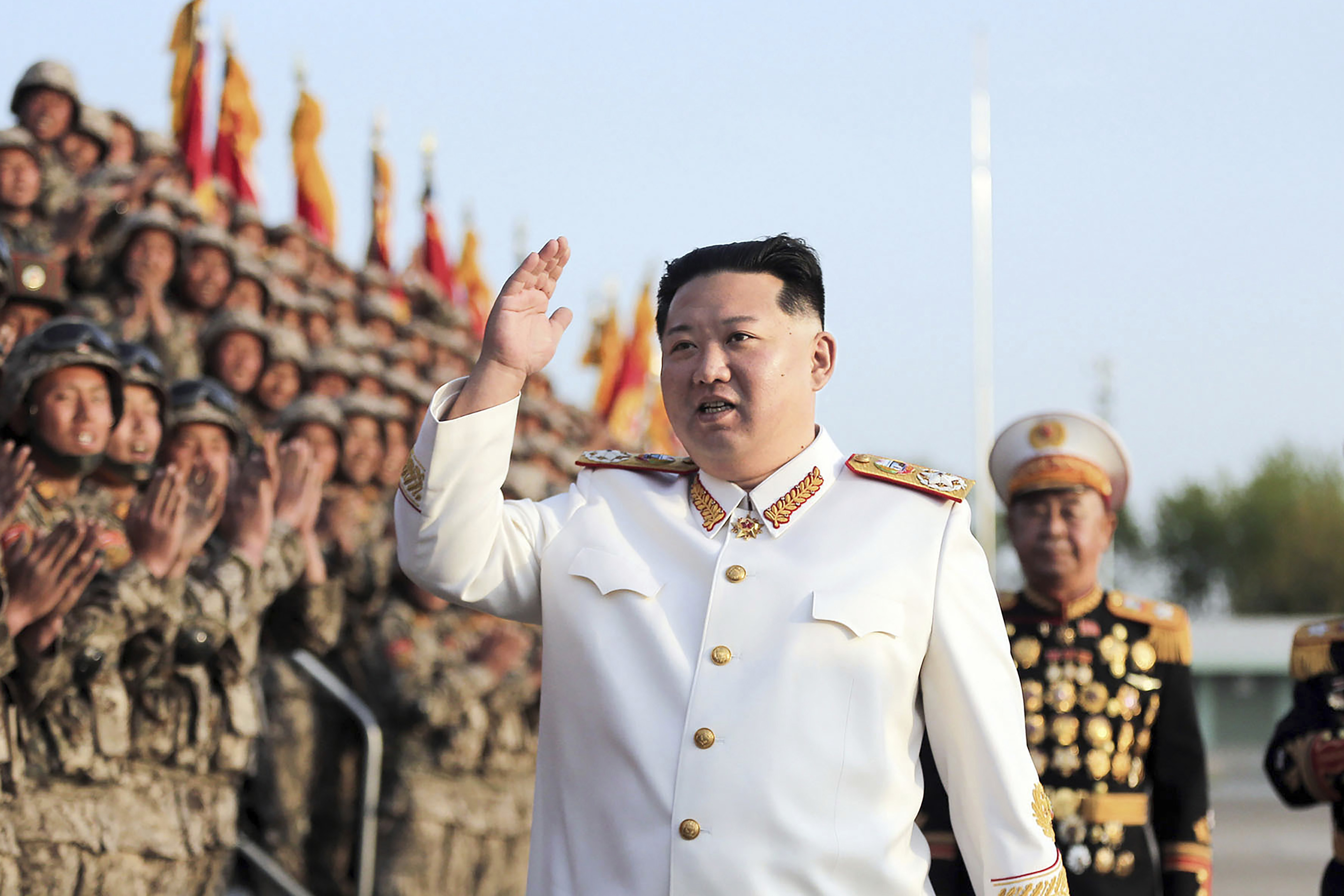 SEOUL, South Korea — North Korean leader Kim Jong Un warned he stands ready to use its nuclear weapons in potential military conflicts with the United States and South Korea, state media said on Thursday as he unleashed fiery rhetoric against rivals he says have they push the Korean Peninsula to the brink of war.

Kim’s speech to war veterans marking the 69th anniversary of the end of the 1950-53 Korean War was apparently intended to strengthen internal unity in the impoverished country struggling with economic hardships related to the coronavirus pandemic. North Korea is likely to step up its threats against the United States and South Korea as allies prepare to expand summer exercises the North sees as an invasion rehearsal, some observers say.

“Our armed forces are fully prepared to respond to any crisis, and our country’s nuclear war deterrent is also ready to dutifully, accurately and quickly mobilize its absolute power according to its mission,” Kim said in Wednesday’s speech, according to the Korean official Central News Agency.

He accused the United States of “demonizing” North Korea to justify its hostile policies. He said the US-South Korea military drills exposed US “double standards” and “gangster-like” aspects because it branded North Korea’s routine military activities — an apparent reference to its missile tests — as provocations or threats.

Kim also called new South Korean President Yoon Suk Yeol “a confrontational maniac” who has gone further than South Korean leaders and said Yoon’s conservative government is run by “gangsters”. Since taking office in May, the Yoon government has sought to strengthen Seoul’s military alliance with the United States and boost its ability to neutralize North Korean nuclear threats, including a pre-emptive strike capability.

“Talking about military action against our nation, which possesses absolute weapons they fear most, is absurd and a very dangerous suicidal action,” Kim said. “Such a dangerous attempt will be immediately punished by our mighty strength and the government of Yoon Suk Yeol and his military will be annihilated.”

This year, Kim has increasingly threatened rivals with his advancing nuclear program, in what some foreign experts say is an attempt to force external concessions and achieve greater internal unity.

In April, Kim said North Korea could use nuclear weapons pre-emptively if threatened, saying they would “never be limited to the sole mission of war deterrence.” Kim’s military has also tested nuclear-capable missiles that put both the US mainland and South Korea within striking distance.

Kim is seeking more public support as his country’s economy has been battered by pandemic-related border closures, US-led sanctions and his own mismanagement. North Korea also admitted its first outbreak of the coronavirus in May, although the extent of illness and death in a country that lacks modern medical capacity is disputed.

South Korea’s defense ministry said last week that this year’s summer military drills with the United States would include field training for the first time since 2018, alongside the existing computer-simulated tabletop drills.

In recent years, the South Korean and US militaries have canceled or scaled back some of their regular drills over concerns about the virus and backed now-stalled US-led diplomacy aimed at persuading North Korea to trade its nuclear program in return give up for the economy and political benefits.

https://www.nbcnews.com/news/world/kim-jong-un-says-nuclear-deterrent-ready-tensions-us-south-korea-rcna40385 Kim Jong Un says nuclear deterrent is ready amid tensions with US and South Korea

Liz Truss Profile: Everything you need to know about the new British Prime Minister

Pierre Zakrzewski, the Irish photojournalist killed in Ukraine, remembers at his funeral as a truthteller and philanthropist

Albion pay their respects to the Queen after the death