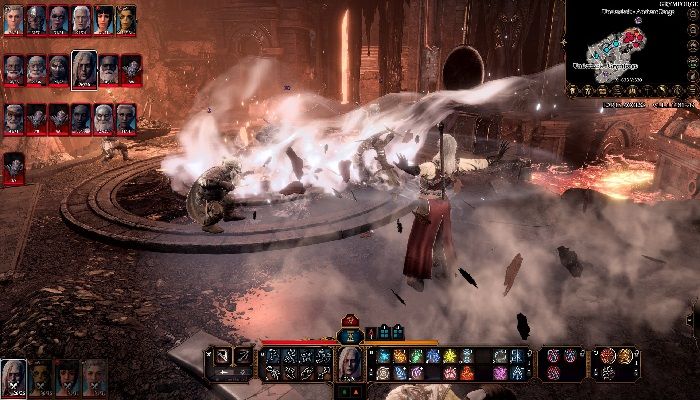 There’s a new interview with Larian Studios Director Swen Vincke where he talks about the Baldur’s Gate III development process.

Vincke recently gave a talk at GDC on “The Many Challenges of Making Baldur’s Gate 3” and the interview that follows sheds light on the choices behind Early Access, playing together, expanding your studio or shrinking your ambitious game development plans, and more get more along the way BG3 in the hands of the players.

In the interview Led by IGN’s Rebekah Valentine, Vincke calls Baldur’s Gate III a “dream project” for Larian. This is a real third entry in the Baldur’s gate series, it came with many plans and many expectations. They spent a year in pre-production and began to grow the team, but found that even that wasn’t enough and that they needed to grow even more to make the game they wanted, or they had to downsize the game. In other words, they needed a new way.

An example was how plans affected things like cinematics, and an example of the work required came down to cows:

For example, in order for the game’s cinematics to work, druids couldn’t talk to a cow for a while if the druid was in the process of being turned into a cow. You had to turn back into a human to talk to the cow.” That didn’t make sense, so it made it clear that more work needed to be done.

Featuring 12 D&D classes, each with their own spells and abilities, as well as the need for them all to feel different in order for players to enjoy playing. Both deity Games had successful Early Access experiences, but when it came time to move forward BG3Vincke and team knew how valuable player feedback was deitybut were concerned BG3 was too big. Concerns proved justified with a rougher opening to Early Access, but community feedback has indeed been a valuable tool in getting things moving in the right direction.

The full interview is worth reading to learn more about how they decided to make it big BG3 and what they could have done differently.

Yaddle speaks normally in Tales of the Jedi, so Yoda probably trolled us