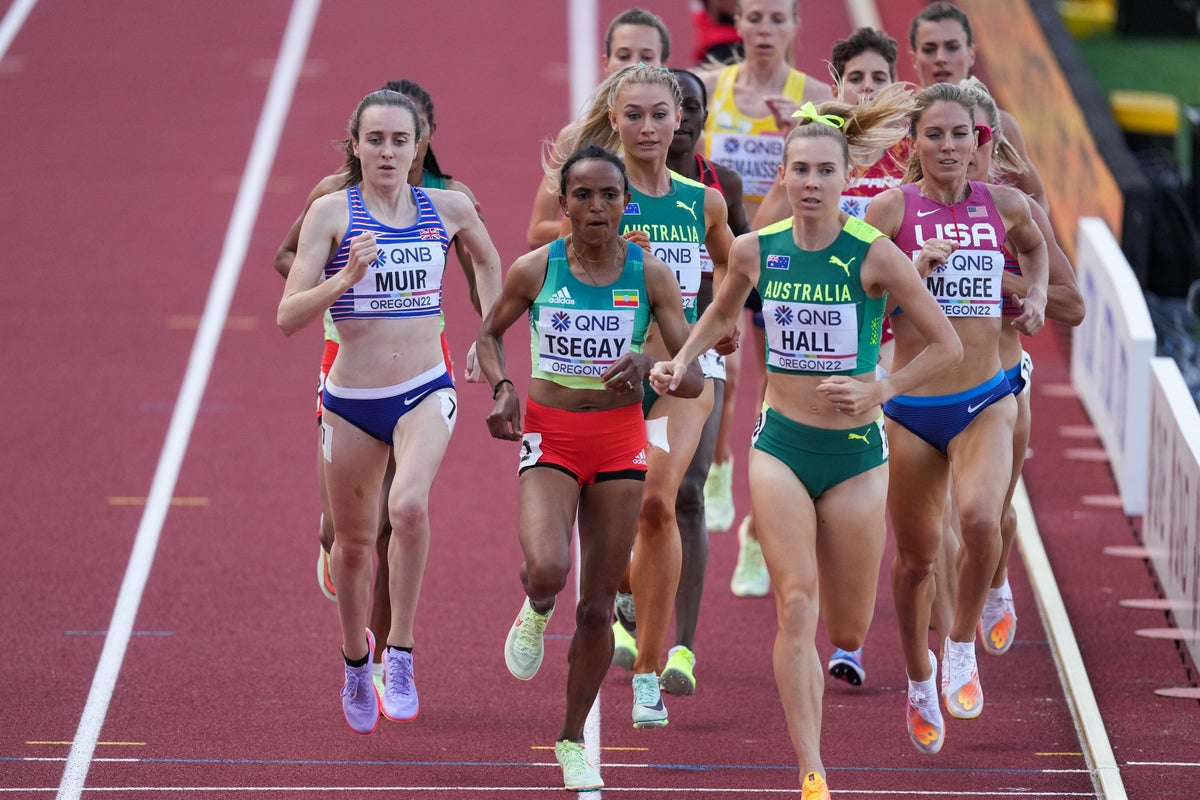 Laura Muir insists her rivals know she poses a threat ahead of their showdown in Eugene.

The Scot is chasing her first medal at an outdoor world championships ahead of Monday’s 1500m final in Oregon.

Kenyan Faith Kipyegon, who beat Muir to gold in Tokyo last year, is the favorite to regain the title she lost to Sifan Hasan in Doha in 2019.

She also finished fourth at the 2017 World Championships and fifth in Doha three years ago, but believes her opponents now see her as a threat.

“I feel like I’ve been there for a few years but just didn’t get on the podium but they know I’m there,” said the four-time European Indoor Champion.

“Look at Rio versus Tokyo, you can see I’ve learned a lot. She (Kipyegon) is getting faster, I’m getting faster. It’s hard, but you just have to focus on yourself and your strengths and weaknesses.

“I just love what I do and for me that’s everything whether I get medals or not – although medals are great.”

Muir finished second in her semifinals in four minutes and 01.78 seconds at Hayward Field on Saturday.

It was faster than Kipyegon’s time of four minutes and 03.98 seconds in her semi-final, but Muir is aware of what is required in the final.

“Whether it will run in that time I don’t know, but that’s the kind of form you need to be in and I’m very close to it.”

Govt reverses after complaint to EU on funding climate action