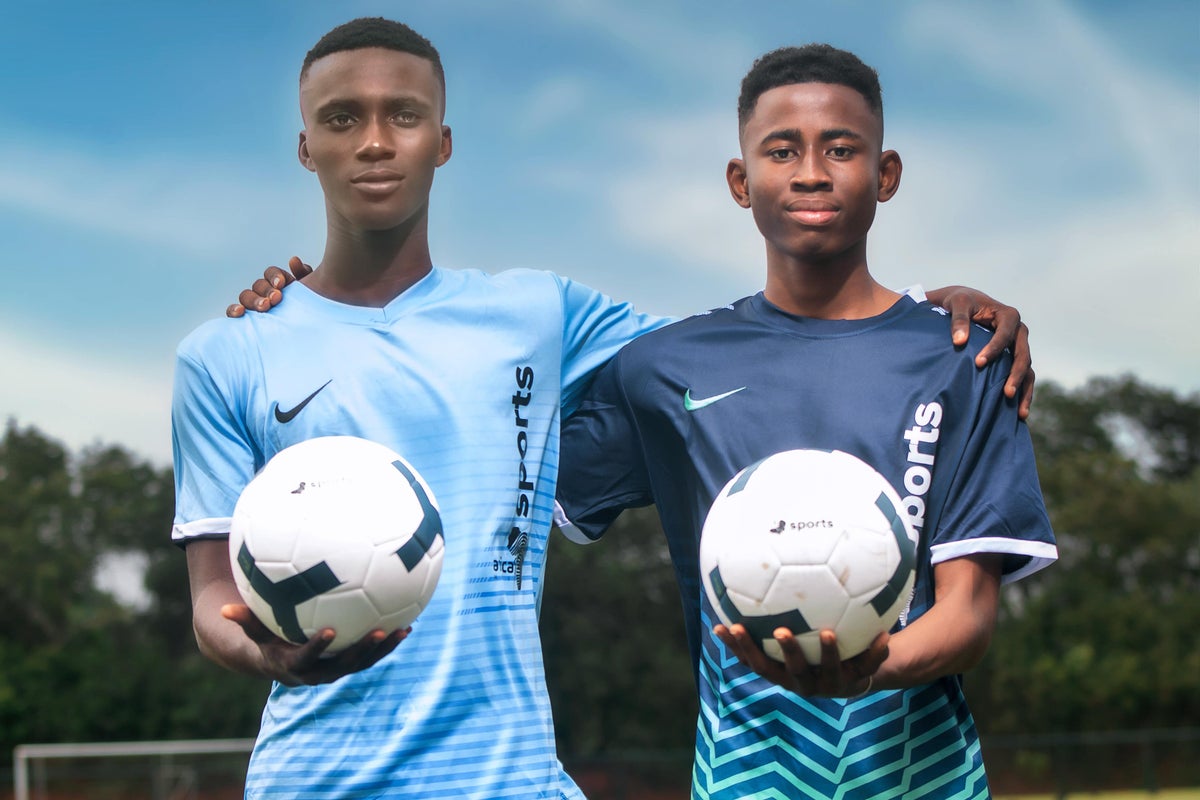 A lawyer who has dealt first-hand with the exploitation of young African players is now offering them a safe space to showcase their skills to Premier League clubs.

Cynthia Quarcoo, a British-Ghanaian national and single mother of six, is the founder of Africa 1 Sports Academy, which is hosting its first event in Ghana over the course of this weekend and will be attended by representatives from Arsenal, West Ham and other European clubs .

Around 300 boys aged 15 to 17 will take part, with the majority of visitors from outside the capital, Accra, staying in University of Ghana accommodation.

While Quarcoo hopes some of them are just beginning their journey to becoming football superstars, what she wants most is to help them become well-rounded, educated personalities who are aware of the pitfalls that exist for young players, particularly those from Africa.

Quarcoo made her name as an entertainment lawyer in Ghana and first became interested in football when her son Franklin started training at Liberty Professionals, the former club of ex-Chelsea star Michael Essien.

“He said to me after a training session, ‘Can you give me some money to give to my friends? You haven’t eaten anything all day. It broke me as a mother,” she told the PA news agency.

“Having consulted with people in the football field, I really wanted to understand what the problems were.

“So I took about six to nine months off and started holding stakeholder meetings with the Ghana Football Association and legendary footballers to identify the issues.

“One of those problems is clearly the exploitation of that talent. In my career as a lawyer, young footballers who were being exploited, whose family members were being taken somewhere to some European country, came to me with a promise to play for some club somewhere.

“The more I researched about it, the more I started creating a concept paper. I realized something had to be done.”

She recalls helping an individual get out of a contract that awarded 90 percent of his earnings to his agent, while other unscrupulous intermediaries take advantage of the extreme poverty faced by some of the players and their families.

“An agent comes up to a mother and says, ‘Your son has talent, I can go with you, sign this agreement,'” Quarcoo said.

“They don’t even read it to understand what’s going on in this agreement because then that person becomes their way out. This person is probably supporting a family by giving a little handout here and there.”

This weekend’s event features educational workshops on Friday before tournament action on Saturday and Sunday.

Quarcoo insists she is meticulously following FIFA guidelines and standards to reassure parents who are understandably concerned about the academy.

She added: “If I were a mother and my child came to this tournament, what would I want to see? We were very lucky because we had people from FIFA on the team, former (professional) footballers.

“We want to act on an international level, we want to make sure we comply with every directive, every law that we are asked to comply with, because the best interests of a child are paramount. We are different because it is important to us.”

Quarcoo hailed the Right To Dream Academy, also based in Ghana, as a great initiative, adding: “There are definitely people who are already fighting for this (change) to happen.

Quarcoo and her team are already working on other events next year and want to offer a similar platform to female players.

“I really think it’s also about sanitizing the system, that’s how I see it,” she said.

“One way to change the narrative of what’s happening is to bring a few people together who are doing the right thing.

“And when we do the right thing, others have no choice but to go along with it, because there’s no other way to do it.”