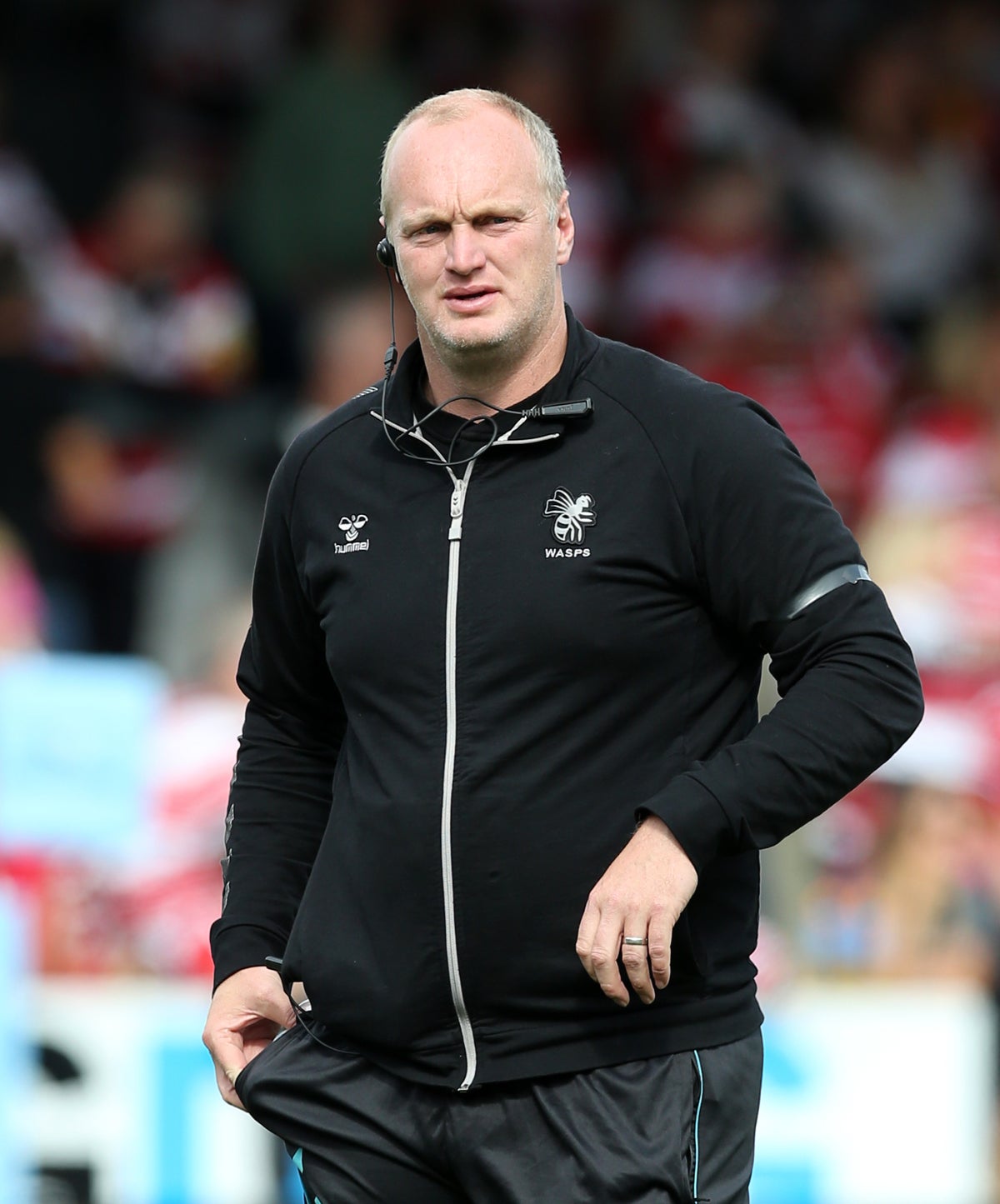 Wasps head coach Lee Blackett says there are “a lot of people who are very positive about the future of the Gallagher Premiership club”.

Wasps entered their Premiership clash against Bath after filing a notice with the High Court of their intention to appoint an administrator.

They are being prosecuted for unpaid taxes and have been served with a winding-up order by HM Revenue and Customs, while Wasps are also struggling to repay a £35million bond raised to fund their move from High Wycombe to Coventry eight years ago .

“The players could ask any questions they wanted and they were as honest as they are and gave direct answers.

“They have given assurances, but no one can guarantee anything. So I like what they said and they were honest in their assessment of where we are.

“I am confident that these guys will do what is right for the club and we will have a club, that’s for sure.”

When asked about Wasps’ prospects of surviving the season, Blackett added: “They are confident. The interest is great. It’s a great club.

“There was a lot of interest, new interest is coming. I get very little information because I don’t ask, but there are a lot of people who are very positive.”

Bath finished bottom of the Premiership last season but they pushed Wasps to the limit and threatened to erase a 29-point deficit with an excellent second-half performance, but the visitors persevered.

In trying circumstances, Wasps defied the odds as they charged forward in the first half through attempts from winger Josh Bassett, flanker Jack Willis and scrum-half Will Porter.

Jacob Umaga had four penalties and two conversions, with Bath’s only response being a Matt Gallagher try, converted by Orlando Bailey.

Wasps secured a bonus point midway through the third quarter as Bassett collected his second try and Bath looked down and out.

But a double try from Tom Dunn and a Jonathan Joseph touchdown, with Bailey adding a conversion and Piers Francis adding two, provided a pulsing finish before Francis and Umaga scored late penalties.

However, Bath remain without a win after their first three Premiership games and have already conceded more than 100 points.

They also lost flanker Chris Cloete and number eight Richard de Carpentier to injury, adding to the worrying toll of casualties earlier in the season.

Bath head coach Johann van Graan said: “I think the positive for me is that everyone could have seen at the game that we had to fight. As coaches, we may have lacked that in the past.

“Injuries are a difficult thing. We keep losing players, especially in the forwards, to massive injuries.

“We’re game three in the season and already very, very thin. Ball carriers are something we are lacking at the moment and there is no perfect solution for that.”

https://www.independent.co.uk/sport/wasps-premiership-bath-gallagher-premiership-josh-bassett-b2174287.html Lee Blackett is optimistic about the Wasps’ future given the ‘huge interest’ in the club