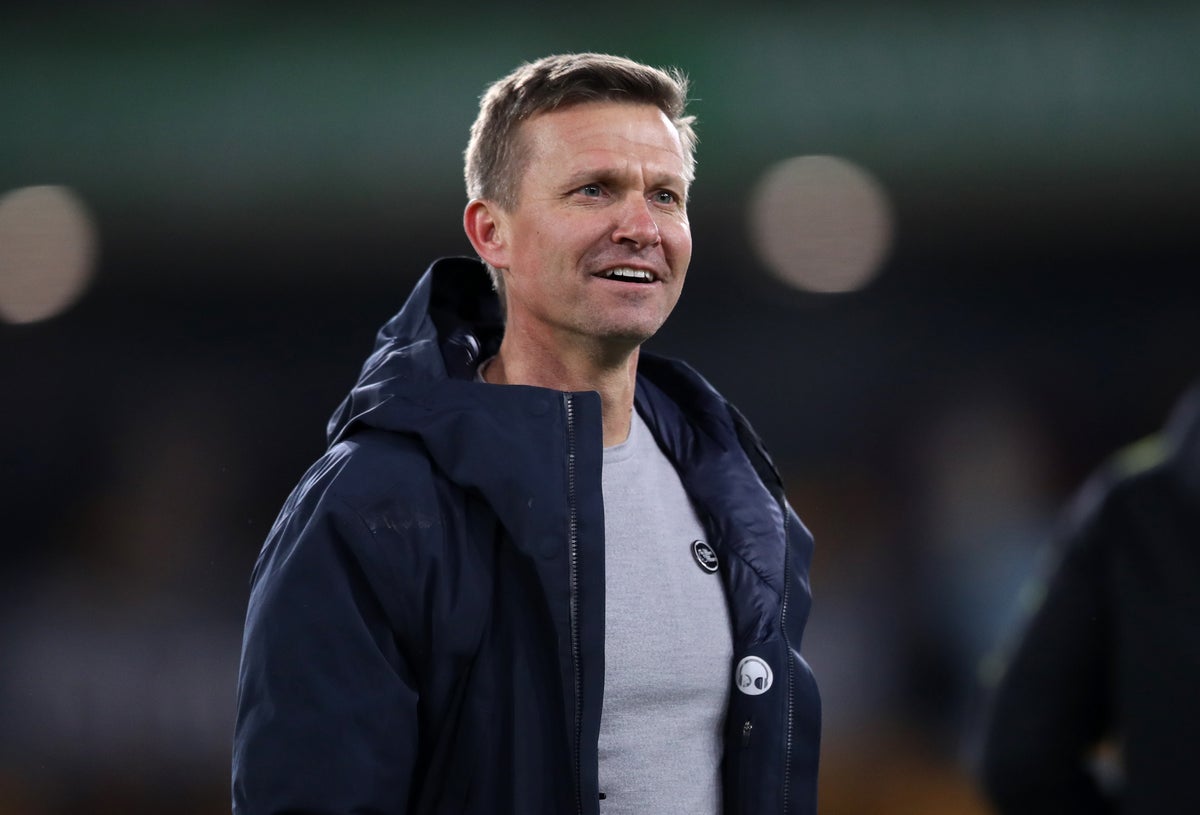 Jesse Marsch is hoping Luis Sinisterra and Adam Forshaw avoided serious injury in the summer as Leeds wrapped up their Australian tour against Crystal Palace.

After beating Brisbane Roar 2-1 on the Gold Coast and losing 1-0 to Aston Villa in Brisbane, the Elland Road side ended their pre-season trip Down Under at the cavernous Optus Stadium.

Rodrigo’s second-half penalty put Leeds ahead in a lively friendly in Perth, where Jean-Philippe Mateta converted a ball home from Jordan Ayew at the break to secure a 1-1 draw in front of 33,919 fans.

But while the Eagles, stricken by absence, fly home with no injury worries, Leeds will have to look after winger Sinisterra and midfielder Forshaw after their first-half withdrawal on Friday night.

“Luis Sinisterra had a small hamstring injury,” said Leeds coach Marsch. “We hope it’s not too much, too long, too strict.

“Any time we have a hamstring injury I’m totally unhappy because I think that reflects everything we’re doing to them physically, so we’re going to evaluate that and hope it’s not that bad.

“Adam Forshaw let Mateta lean against him a bit and pinched his knee.

“We also hope this one isn’t that bad, but we’ll have more information about it in the next few days.

“I think we’ve had spirited games in all of them here and that’s how our team plays. We only know full throttle and that’s a good thing.

“We try every day to get the best out of every game. Certainly there is some emotion, some frustration with some calls and various things, tackles.

“There were big stretches of the game that I thought we were pretty good at.”

Marsch is expected to be joined by a new assistant manager when Leeds return to Britain, with Rene Maric – most recently at Borussia Dortmund – ready to join.

“More later this week, but I know who Rene Maric is,” said the American.

Leeds are looking to sign a left-back and striker in the coming weeks, while Palace have signed defender Chris Richards from Bayern Munich.

“He’ll give us different chances at the back,” said head coach Patrick Vieira. “He will give us competitiveness between players.

“I’m delighted that such an important player has chosen Palace.

“I think we showed that we can attract players and if you look at the number of teams that were behind him and he decided to come to us, I think that’s a really strong statement. “

Vieira has been without a number of first-team players in Australia, with Palace saying some were unfit and others “did not meet Singapore or Australian entry requirements when travel arrangements were made”.

“It wasn’t easy at all,” said the former France international. “We had to make some decisions and leave some important players behind.

“Obviously it’s not a perfect scenario as a coach, but we have to deal with it and I think we’ve done very, very well.

“If you look at the three games we played, I think we represent the football club really well.

“On the other hand, it’s not the best preparation.

“I think we’re showing tactically today that we still have a lot to do, a lot of things we need to improve on, and compared to some other teams we’re lagging a bit behind, especially tactically.”