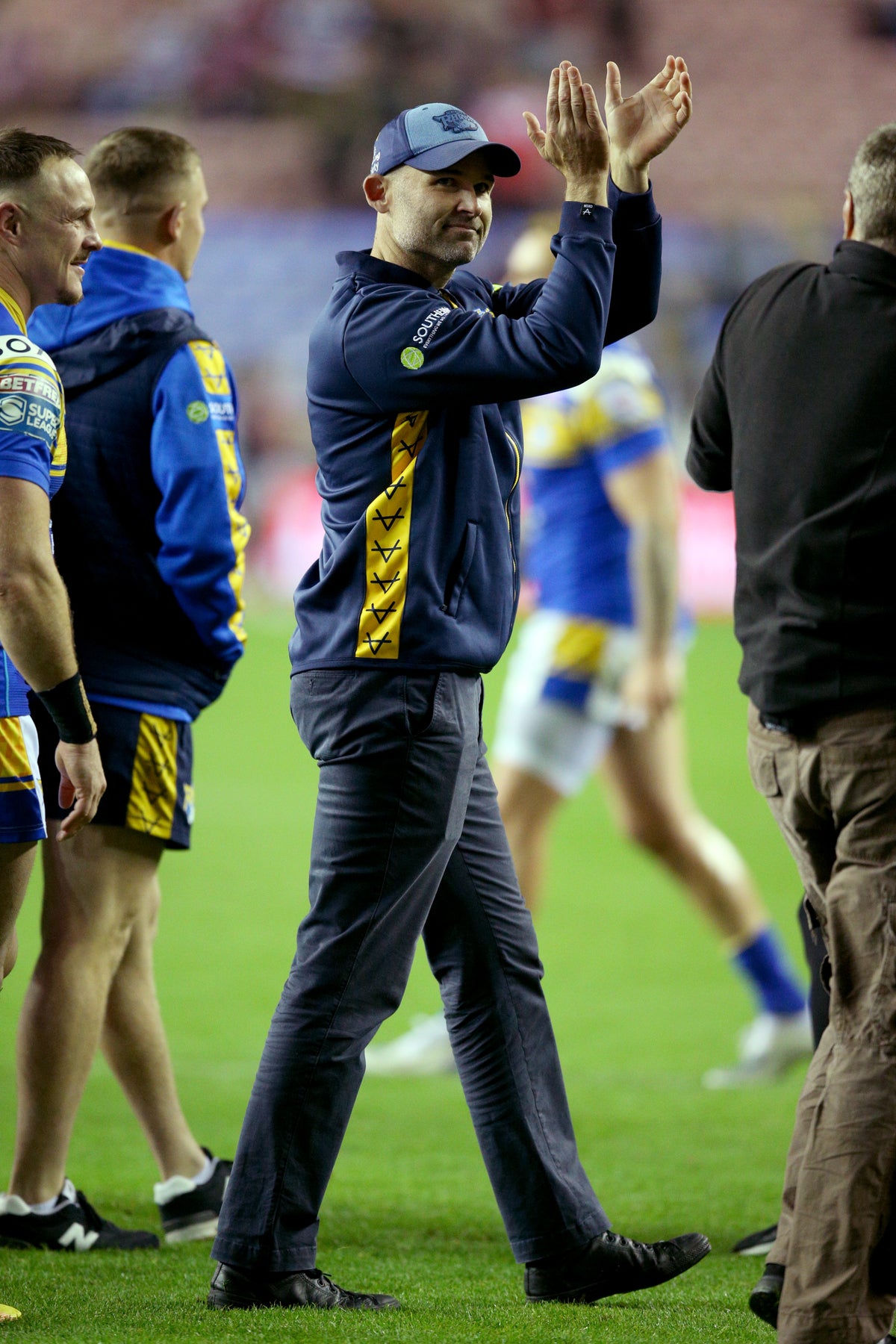 Leeds manager Rohan Smith always had faith in his players, who showed a remarkable display of courage and determination to condemn the 12-man Wigan to a first home defeat of the season and reach an 11th Super League Grand Final.

The Rhinos were under pressure for almost the entire first half of Friday’s semifinals at DW Stadium, but were able to keep their opponents to a 4-2 interval lead before finding their attacking rhythm in the second half.

Makeshift hooker Jarrod O’Connor scored his first try for the club four minutes into the second half and former St Helens second rower James Bentley added two more to give Leeds a stunning 20-8 win to help, which takes them to Old Trafford the following Saturday.

“I wasn’t worried at all,” Smith said of his team’s stoic rear guard in the first half. “It’s part of the game.

“I feel like the group believes we can find our way.

“Our goal-line defense has been very good for a while, there is a lot of trust and confidence. Everyone was calm and relaxed and doing their jobs.

The only disappointment for Leeds was an injury to scrum half Aidan Sezer, who was sent off with a head injury after falling from a high and late tackle by Wigan’s England striker John Bateman and is in danger of missing the Grand Final.

“We haven’t spoken to the doctor yet,” Smith said. “I try to enjoy it for a few minutes. We’ll talk about Aidan on the way home.”

A first trip to Old Trafford in five years caps a remarkable turn in fortune for the Rhinos, who finished second from bottom in the Super League in April after winning just one of their first 10 games.

“I’m really proud and privileged to be a part of it. Now the dust settles, we’re starting to think a little bit about next week.”

Bateman was shown a red card for his tackle on Sezer and now has to wait to see if it jeopardizes his World Championship spot. Rugby Football League’s Match Review Panel will be taking a close look at the incident on Monday.

“I have no complaints,” said Wigan coach Matt Peet. “We understand the rules.

“John had the best of intentions, it was a split second error. I hope Aidan is okay.

“It would be sad if he were suspended but I think they have to stick with what they’ve been doing all season. It would be a shame if you missed World Cup games.”

Wigan’s misery was compounded by the loss of try-scoring phenom Bevan French with a foot injury early in the second half and they were 20-4 down before hooker Sam Powell marked his 250th appearance for them with a late consolation effort.

“I’m sad for the group but very proud of the group,” said Peet, who led Wigan to victory in the Challenge Cup final in his first season as head coach. “It was a special year.

“Leeds deserve tremendous credit for the way they played, especially the way they defended their goal line. They showed great resilience, which is a sign of mutual commitment.”

The defeat ended disappointingly the remarkable career of Wigan captain Thomas Leuluai, who made his 327th appearance for the injured Cade Cust.

Peet said: “His career speaks for itself, it was a fairy tale his family should be proud of.”

Leuluai will don his shirt one last time for New Zealand in the World Cup warm-up game against Leeds in October.

“It’s a sense of disappointment but I’m proud of the group,” he said. “The passage made it quite difficult, but they pushed on.

“I’ve had worse losses than this. We found a really good team, I thought Leeds were fantastic.”

Pamela Uba - ‘They said I was the ugliest one. There must have been poor competition for me to win...’

Where is Peng Shuai? Tennis players and fans still want to know