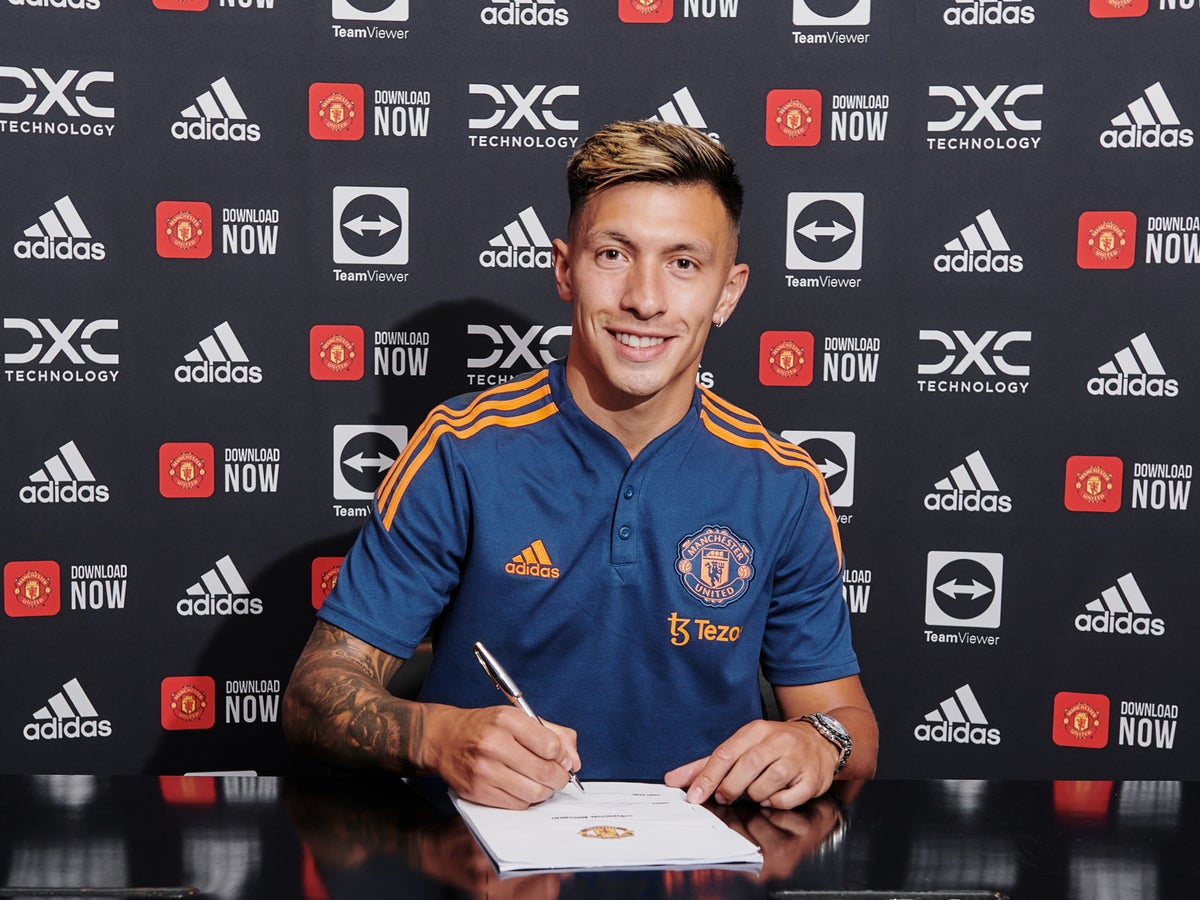 Manchester United have completed the £55.3million signing of Ajax defender Lisandro Martinez on a three-year contract with an option for a further year.

United earlier this month agreed an initial £46.8m deal for Martinez – plus a further £8.5m in add-ons – subject to the 24-year-old meeting medical and UK visa requirements.

Martinez visited Carrington’s training ground for the first time on Tuesday and is now officially a United player, the third signing of the Erik ten Hag era.

The Argentina international reunites with Ten Hag after playing under him at Ajax for the last three years and joins Tyrell Malacia and Christian Eriksen as newcomers at Old Trafford.

“It’s an honor to join this great football club,” said Martinez. “I’ve worked so hard to get to this moment and now that I’m here I’m going to push even harder.

“I have been fortunate to be part of successful teams in my career and I want to continue that at Manchester United.

“There will be a lot of work to get to that moment but I really believe we can do it under this manager and these coaches and together with my new team-mates.”

John Murtough, United’s director of football, added: “Lisandro is an outstanding player who will bring further quality and experience to Erik’s side.

“We are delighted that he has chosen to join Manchester United and we look forward to seeing his continued development and helping the team achieve the success they aspire to.”

Martinez offers a left-footed option in central defense for Ten Hag after making 37 appearances in all competitions under him for Ajax last season, but can also step in as a defensive midfielder.

The 24-year-old was keen to move to the Premier League and also attracted interest from Arsenal but opted to join his former manager at Old Trafford.

United are still pursuing their priority summer target Frenkie de Jong despite agreeing a €75m fee with Barcelona plus another €10m in surcharges.

De Jong is deemed to be owed

When was the last flight of the Concorde?