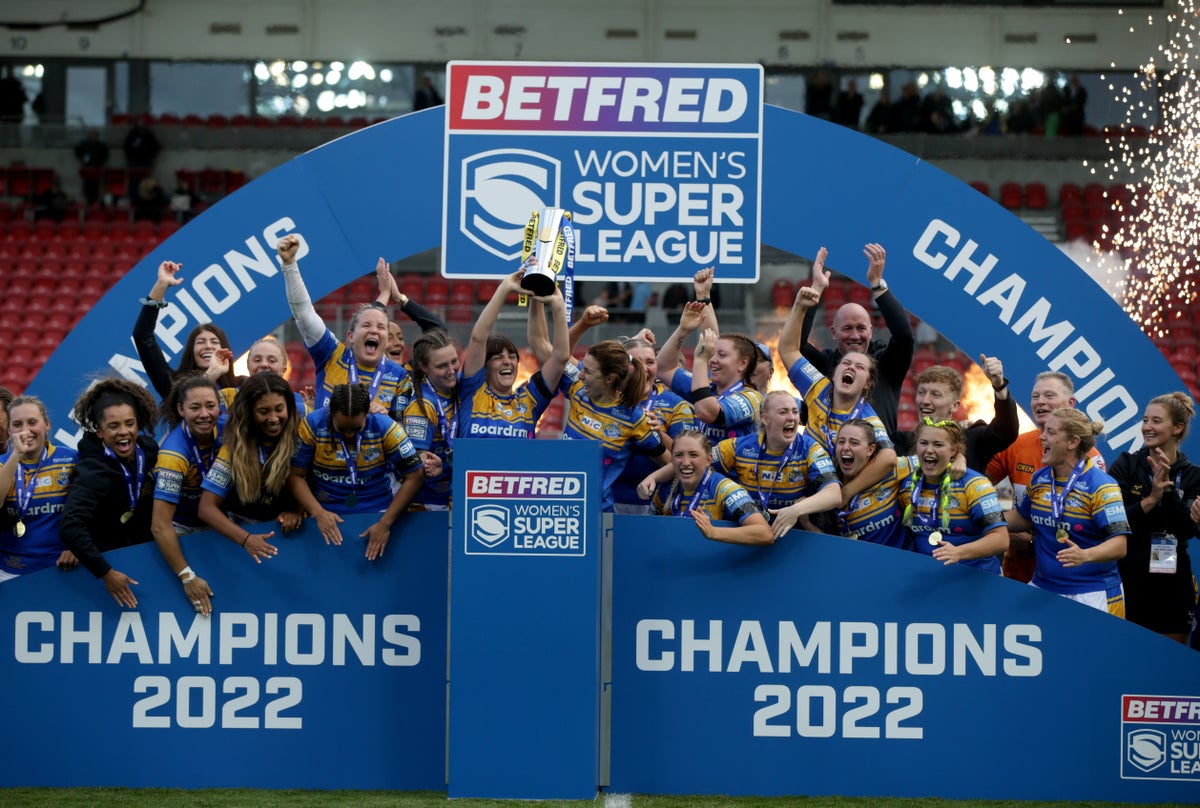 Leeds head coach Lois Forsell described the 12-4 win over York in the Betfred Women’s Super League Grand Final as a “surreal” moment and hailed double try scorer Caitlin Beevers after her performance as player of the match.

Leeds landed the first blow from Beevers and took the six-point lead at the break despite wave after wave of York attacks.

Beevers’ second game of the afternoon helped Rhinos double their lead early in the second half, but York struck back through Sinead Peach to cut the score to 12-4. However, Leeds held on to their first Super League crown since 2019.

Forsell said: “It feels a bit surreal that we’ve finally made it.

“Three years ago we were here and I knew I was going to retire, but I certainly didn’t think that three years later I’d be here and lift a trophy.

“I’m so proud of the girls, the Challenge Cup final I know we were runners-up but I said that day it was a much bigger part of our plan and today we took the trophy with us. “

Forsell was full of praise for left center Beevers, who scored on both sides of the half to give Rhinos a 12-point lead.

She added: “Every team needs a Caitlin Beevers – she was absolutely outstanding this season and she showed it again today.

York have now lost each of their last two grand finals, but head coach Lindsay Anfield believes her side have had a successful season.

Anfield said: “We’ve had a fantastic season and if someone had told me at the beginning of the year that we were going to win the nines, go top of the table, lose a game and go to a grand final, I would have absolutely ripped their hand off.

“We have an inexperienced group and they would have learned so much from today and I think it’s going to make them really hungry to go into the off-season and train harder because they want to be back here.

https://www.independent.co.uk/sport/rhinos-leeds-york-super-league-leeds-rhinos-b2169940.html Lois Forsell is ‘so proud’ of the Leeds team after their Grand Final triumph

The wildest things that happened on the set of Waterworld