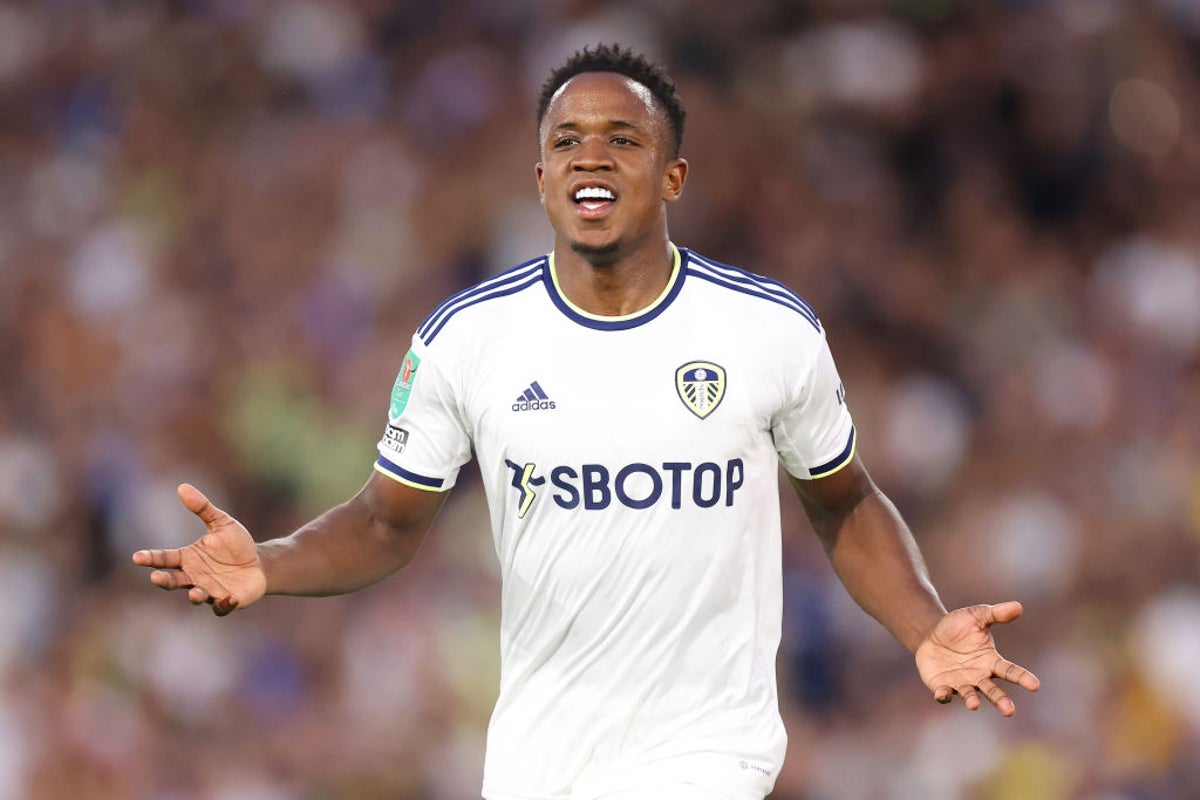 Luis Sinisterra may have to wait for his first Premier League start after making an impressive debut in Leeds’ Carabao Cup win over Barnsley.

That is the verdict of Leeds assistant head coach Rene Maric after Sinisterra scored and scored two more in his first competitive start for the club in their 3-1 second-round win.

Maric said: “Of course we also have other players available who have played very well in the last few games, so he’s certainly in the competition.

Sinisterra rolled a brilliant opening goal into the top corner and won a first-half penalty converted by Mateusz Klich to give Leeds a 2-0 lead.

The Colombian winger’s deflected cross in the second half set Klich up for Leeds third place after Barnsley captain Mads Andersen reduced the deficit.

“He’s a great player, he’s a great guy, so we’re really happy that he was able to come back from injury,” said Maric.

“The way he trains, the way he behaves – he’s a great presence in the dressing room. A lot can still come from him, but he has to keep working.”

Barnsley, who were relegated to Sky Bet League One last season, made a real struggle out of it after a vastly changed Leeds side – head coach Jesse Marsch made nine changes – threatened to knock them out.

Reds midfielder Callum Styles saw his penalty hit a post in the first half and felt he should have taken another penalty in the second half.

Maric added: “The performance in general was good but we could have done better. We weren’t as consistent as we wanted for 90 minutes.

“It was a good performance, but we can improve on some things.”

Barnsley have won two of their League One games and lost three under new boss Michael Duff, who was appointed after relegation.

Duff said: “We’re disappointed with the loss, we’re never happy when we lose. We started the game very well and after being down 2-0 I thought the response was excellent.

“I think ultimately we were scuppered by a couple of bits of Premier League quality and a couple of the referee’s decisions didn’t go in our direction either.

“Their first goal was brilliant, lashed into the top corner and the third goal was an excellent finish too.”

https://www.independent.co.uk/sport/football/premier-league-colombia-barnsley-carabao-cup-jesse-marsch-b2152121.html Luis Sinisterra ‘needs to keep working’ if he wants to start in the Premier League for the first time

Martin Breheny: The GAA was wrong to decide our national games should not have featured action on Saint Patrick’s Day