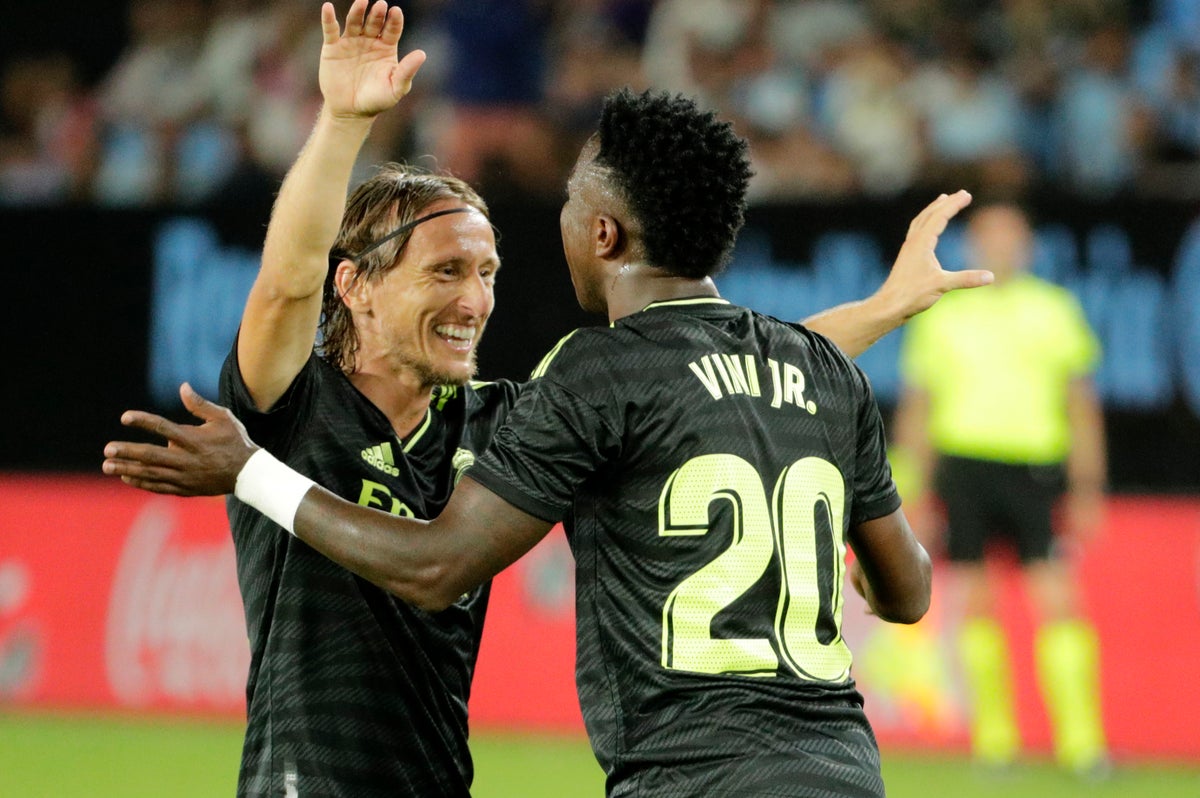 Real Madrid kicked off the post-Casemiro era with a 4-1 win over Celta Vigo to secure their second straight LaLiga win.

After Real agreed to sell their longtime midfielder to Manchester United on Friday, Carlo Ancelotti took the place of the Brazilian with summer signing Aurelien Tchouameni – but it was veteran Luka Modric who took things further.

The Croatian scored Real’s second in the 41st minute after Karim Benzema and Iago Aspa’s penalties were exchanged and was the driving force.

Vinicius Junior and Federico Valverde scored after the break and the visitors could even afford the 83rd-minute substitute Eden Hazard’s penalty being saved four minutes after his substitution.

Borja Iglesias was the man on the spot as second-placed Betis won 2-1 in Mallorca and Vedat Muriqi’s response found both ends, while Ezequiel Avila and Kike Garcia Osasuna gave Osasuna a 2-0 win over Cadiz.

Holders Inter Milan picked up six points from two games and secured first place in Serie A with a comfortable 3-0 win over Spezia.

Lazio’s goalless draw in Turin meant the pair briefly held the top two in the youngsters on four points, but Inter’s win later in the day thanks to goals from Lautaro Martinez, Hakan Calhanoglu and Joaquin Correa put them a couple of points ahead.

In the Bundesliga, Borussia Dortmund collapsed at home against Werder Bremen as they went down 3-2 in the 89th minute after leading 2-0.

Victory looked certain after goals from Julian Brandt and Raphael Guerreiro, but former Derby youngster Lee Buchanan’s goal with a minute remaining in regulation seemed to cause the hosts to panic.

Niklas Schmidt then equalized before Scotland international Oliver Burke clinched a stunning victory in the fifth minute of added time.

Lois Openda and Deiver Machado gave them a 2-0 lead and, although Benoit Badiashile scored, Seko Fofana’s penalty and Wesley Said’s goal rounded off a comfortable win.

Everything we know so far about the series' return

Tottenham own the own goal stats