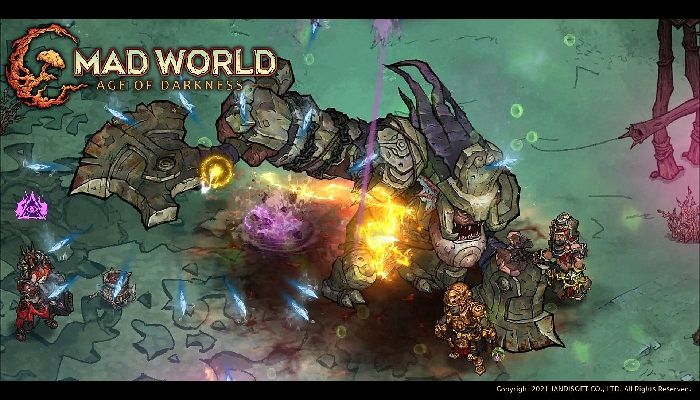 There’s a brand new sneak peek at mobile gameplay for Crazy world which shows how cross-play between PC and mobile will look like. The final alpha test is also scheduled for next month, with a final release planned for later this year.

Crazy worldMixing dark lore and storytelling at its core, hack-and-slash gameplay was always envisioned as a cross-platform release. Now you can see in a short clip what it’s like to play Mad World on your mobile and make the PC version react. Because the game is made in HTML5, it can be played seamlessly with cross-platform play and progression.

Meanwhile, the final alpha test for the game is scheduled for May 25th. After alpha testing, they plan to use the data and feedback to polish the game for a planned Q3 release. First Stop will be released on PC and mobile, and eventually they aim to expand the release to other platforms like Steam, Facebook and later on consoles.

The previous alpha test ended a little over a month ago at the end of February, so we should expect a number of important updates to the build going live for the final alpha release. There’s no word on whether a beta is to be expected on the road to release, just that time will be spent polishing things up.

Jandisoft recorded alpha testers via registrations Crazy world MMO website, so this is a way you can try to get an invite to test in May. If you want to see what the game has to offer, you can login and register there. Participants in previous alpha tests have generally received invitations to the next phase.

With 12 million copies sold, From Software is now scrutinizing other Elden Ring projects

Elder Scrolls Online lags and crashes persist, ZeniMax is having a downtime today to try to fix again