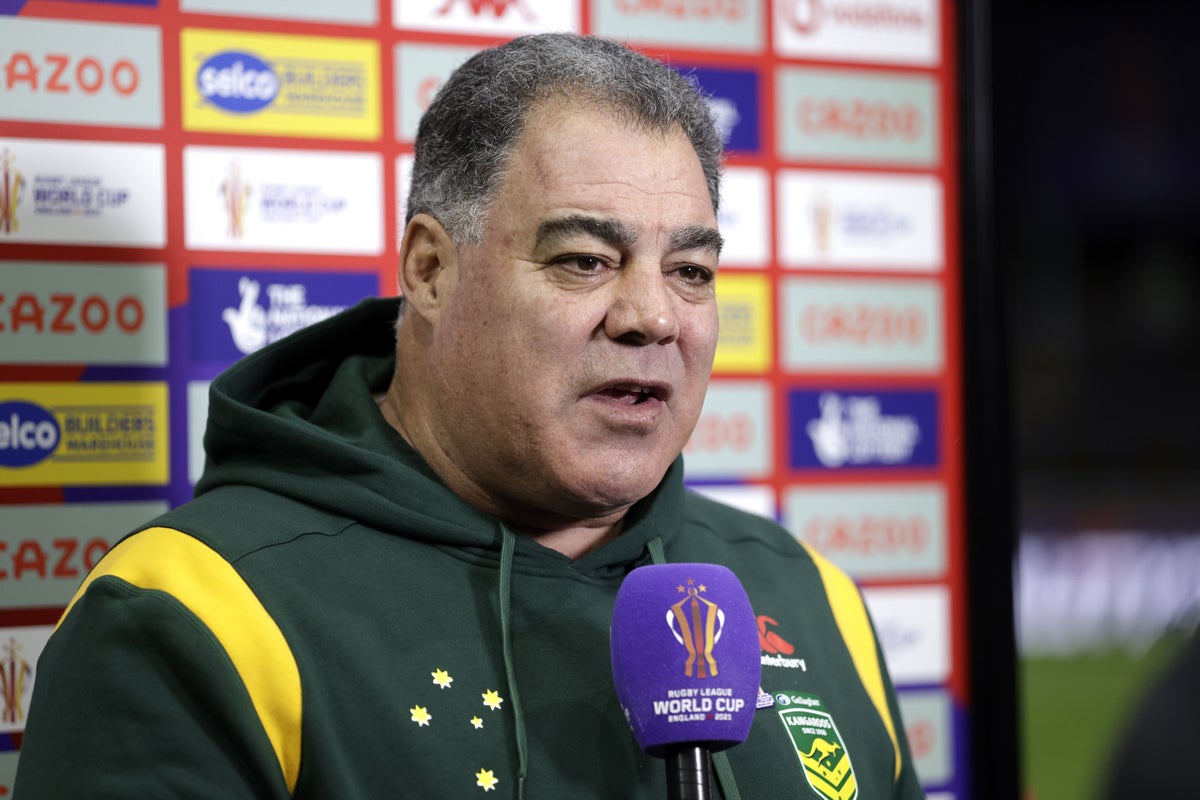 Mal Meninga conceded Australia’s opening Rugby League World Cup win over Fiji was “a bit clumsy” but sent an ominous warning to the Kangaroos’ Group B rivals after their 42-8 win at Headingley.

Meninga’s side of seven debutants recovered from the shock when they conceded a fourth-minute counter-attack to win seven of their own in their first international cap since 2019.

And after finally brushing aside the three-time semi-finalists, Meninga hinted his big guns – including four players who competed in this month’s NRL Grand Final and were given extra recovery time – will return for next week’s clash with Scotland.

“It was a bit clunky with the footy, but I was really happy with the defense and that means our attitude is good,” Meninga said.

“Everything we talked about was profound and the effort levels were excellent. I think we could do a bit better at football, but with seven debutants and a lot of people who have never played together, we can definitely do better.”

“The guys who didn’t play tonight will definitely play next week,” he added. “I’m not sure where, but we’re going to pick a team with these guys.”

Fiji’s assistant coach Wise Kativerata regretted some simple mistakes but said his side’s performance ahead of next week’s second Group B game against Italy also gave reason for optimism.

The underdogs continued to press after Semi Valemei’s impressive start and almost regained the lead before Josh Addo-Carr rushed the length of the field after a lack of focus to extend the Kangaroos’ lead.

Kaliverata said: “We started really well, we just gave away too much possession and you can’t afford to make simple mistakes against a team like this.

“We have to work on keeping it simple and work on the basic stuff. After seeing how the guys played tonight we have a really good chance. We have a lot to do and are going into the next week with a lot of confidence.”

Bill Lawrence had to participate in Sarah Chalke's Scrubs performance