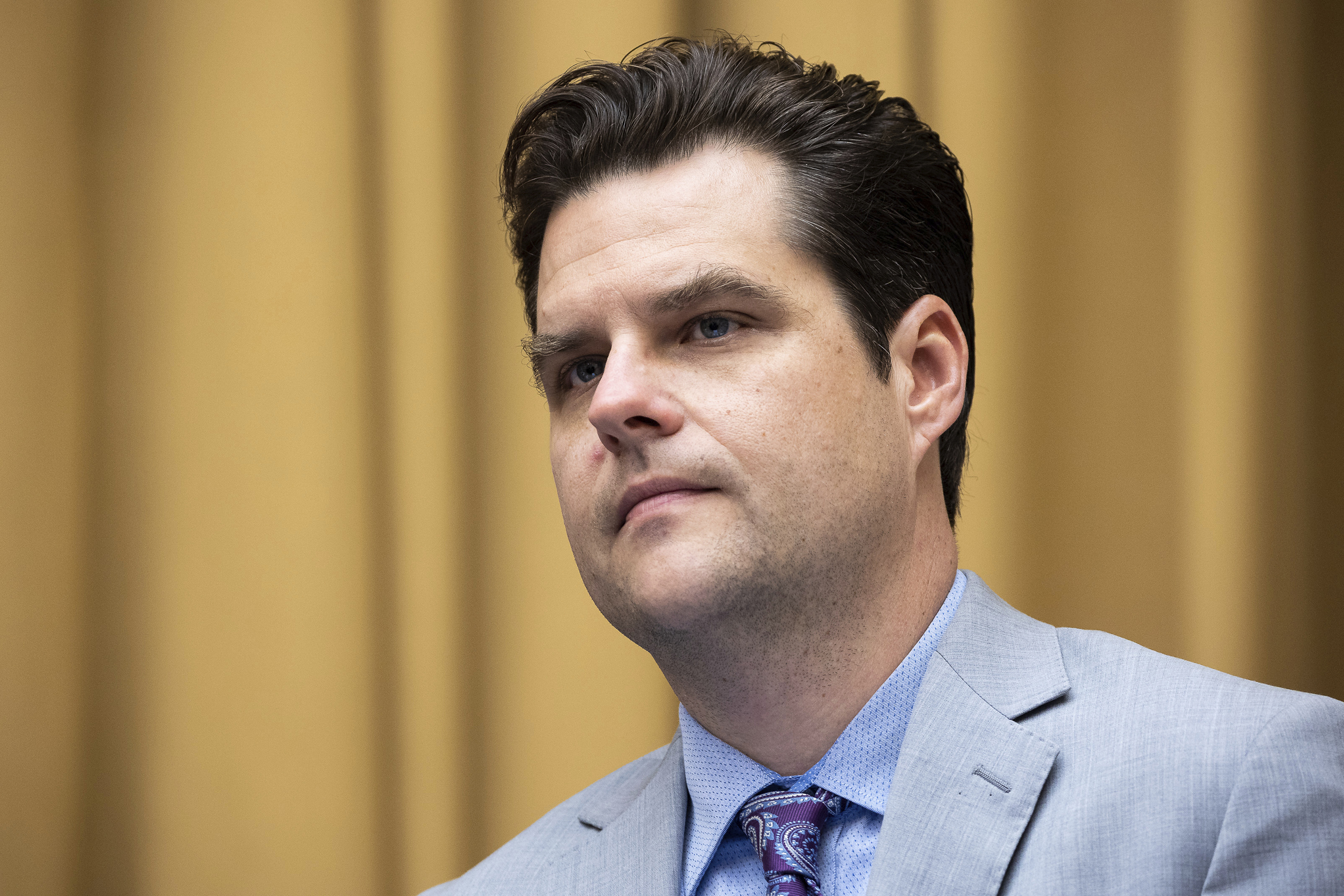 A California man who left a message threatening to kill Republican Rep. Matt Gaetz was sentenced to house arrest and a $10,000 fine on Thursday, prosecutors said.

Eugene Huelsman left the voicemail for Gaetz, R-Fla., on Jan. 9, 2021, three days after a mob of supporters of then-President Donald Trump attacked the US Capitol.

Huelsman, 59, of Thousand Oaks near Los Angeles, said in part, “I’m going to put a bullet in you,” and he called Gaetz a “tyrant,” according to court documents.

Huelsman pleaded guilty to one count of transmitting an interstate commerce threat in April.

He was sentenced to six months house arrest and five years probation, as well as a $10,000 fine, the US Attorney’s Office for the Northern District of Florida said.

Huelsman’s attorney, Curtis Fallgatter, did not immediately respond to a request for comment Thursday night. He has said that Huelsman didn’t want to take the threat literally and that he was “just outraged by the attack on the Capitol”.

US Attorney Jason R. Coody said in a expression that the ruling “should serve as a significant deterrent to those who would threaten violence against others rather than engage in legitimate debate”.

The number of threats or potential threats sent to members of Congress has been increasing for years, according to the US Capitol Police. In 2021, there were about 9,600, said Capitol Police Chief J. Thomas Manger. In 2017 there were around 3,900.

A 67-year-old Florida man was sentenced this month to a suspended sentence and a $7,000 fine for emailing threats to kill Rep. Ilhan Omar, D-Minn., in 2019.

Others have received prison sentences. In April, an Alaskan man was sentenced to three years in prison for threatening to kill the state’s two US senators, and in December, a man who threatened to hang lawmakers if they didn’t support Trump sentenced to more than two years in prison.

The "Wagatha Christie" defamation trial only showed that the rich are just like everyone else. They do absurd and stupid things, but who hasn't?