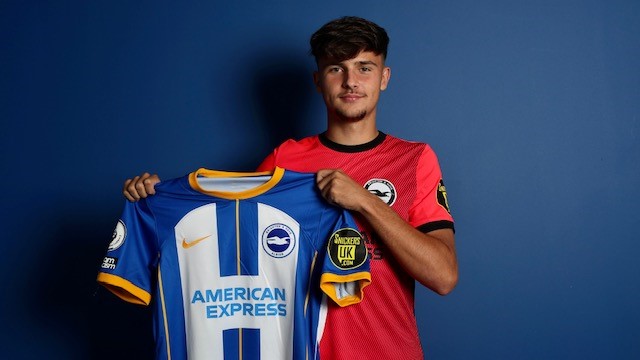 The 17-year-old arrives from Manchester City on a contract until June 2025.

He signed his first professional contract with City last month before settling on Albion.

U21 manager Andrew Crofts said: “Luca had an outstanding season with City at U18 level last season and we are delighted to welcome him to Brighton & Hove Albion.

“He has many skills, a great attitude and we are very happy to work with him.”

Barrington has been with City since he was six and scored ten goals in 22 games last season to help them win the U18 Premier League.

Father's tribute to daughter who died while awaiting liver transplant