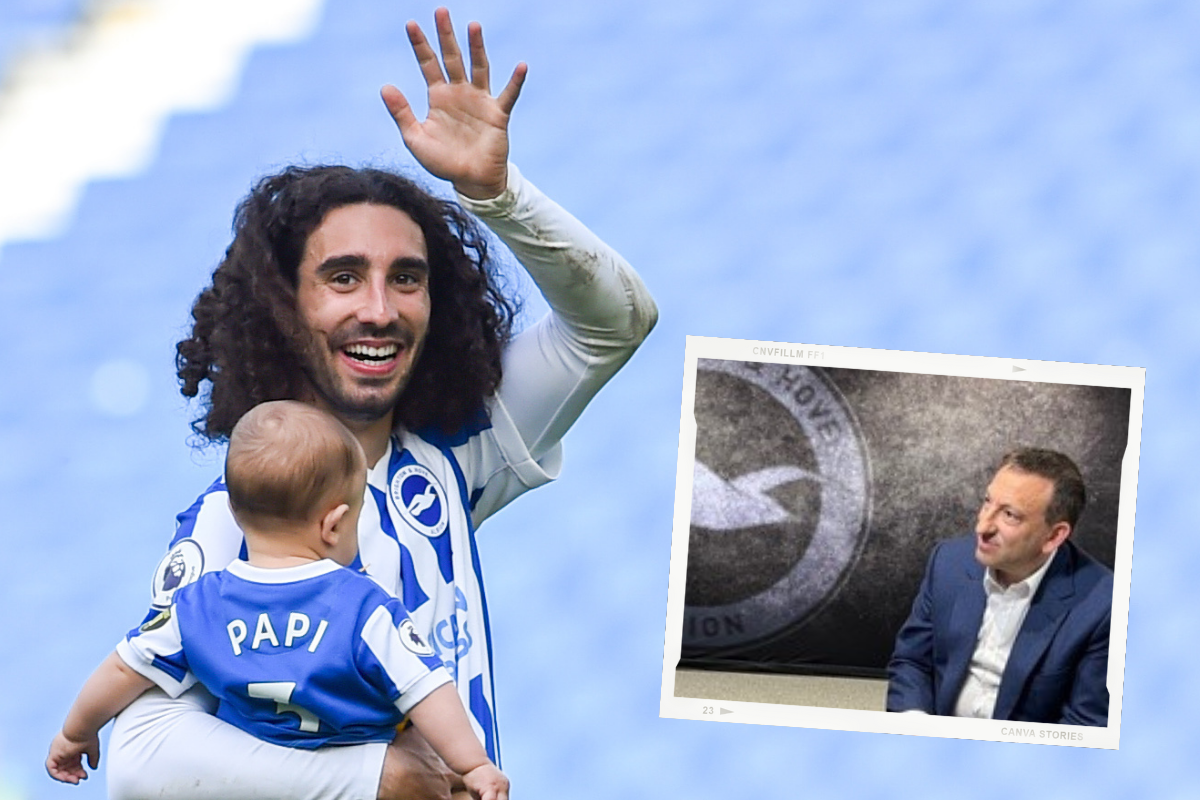 Tony Bloom is hoping there’s more to come from Marc Cucurella with Albion after an “incredibly good” debut campaign.

The club’s chairman has confirmed that the Seagulls have not received any offers for their player of the year.

But he also recognizes there could come a point when it makes sense to sell the star left-back or another sought-after player.

Sources in the north-west and in Cucurella’s native Catalonia remain convinced the former Getafe player is of keen interest for Manchester City.

Albion are extremely happy with their squad as they prepare for their opening test match behind closed doors against Union St Gilloise tomorrow.

Bloom said: “All I can say about Marc is that he’s a great player, a great person.

“He’s brilliant for the dressing room. The players love him.

“Graham (Potter, head coach) and the coaching staff love him, I love him, the fans love him.

“He was incredibly good last season, his first season in the Premier League.

“We’re hoping for more to come and we don’t have an offer for him just yet.”

On this day in 2008: Kevin Pietersen becomes England Test and One-Day captain

Brendan Fanning: World Rugby will have to mess with the fundamentals of the game to really change the handling technique