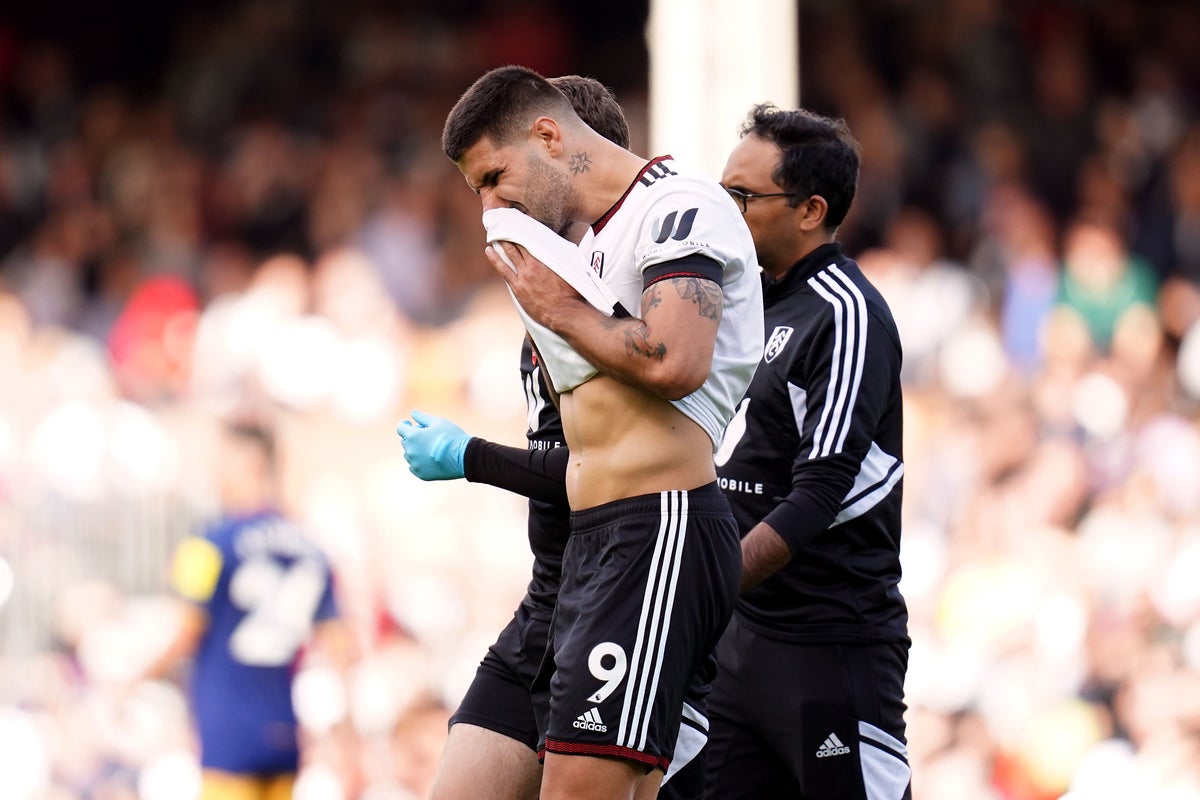 Aleksandar Mitrovic is a huge doubt for Fulham’s Premier League game at West Ham on Sunday after injuring himself on international duty and manager Marco Silva says clubs need protection.

The Serbia international, who has scored six top-flight goals this season, was pulled out with a ligament injury in his foot in the first half of Fulham’s 4-1 defeat by Newcastle last weekend.

Manager Marco Silva hopes his star striker’s injury is not serious but admits he is facing a race against time to be fit for Fulham’s clash at the London Stadium.

“He [Mitrovic] is still questionable,” said Silva before the trip to Newcastle.

“He was out this morning doing some work and feeling better. We’ll rate him tomorrow and see how he reacts to work and then make a game decision.

“It’s not a really, really serious situation, but we have to get him in the best possible shape.

Silva revealed Mitrovic picked up the injury while scoring a hat-trick in Serbia’s 4-1 Nations League win over Sweden on 24 September.

The 28-year-old then played 89 minutes for his country just three days later, scoring again in a 2-0 away win against Norway.

Mitrovic started for the Cottagers at St James’ Park last Saturday but lasted just 37 minutes before being substituted off.

Silva added: “We’re not there [in Serbia], but of course we were in contact with the medical staff and the feedback we got was that the player was in a playable condition. We also spoke to him and he told us that he was in good shape to play.

“We support the players in everything and we know that playing for their national teams is important to them. It was a crucial game for Serbia and it makes us proud as a football club.

“But at the same time we want some protection. If we protect them at our football club, it is important that they do the same on another level.

“I’m not saying they didn’t, but we have to deal with the situation and it’s a huge frustration when something like this happens on an international break.”

Splatoon 3 teams up with Pokémon for the upcoming Splatfest

Brighton are heading to Portugal for an ‘important work week’