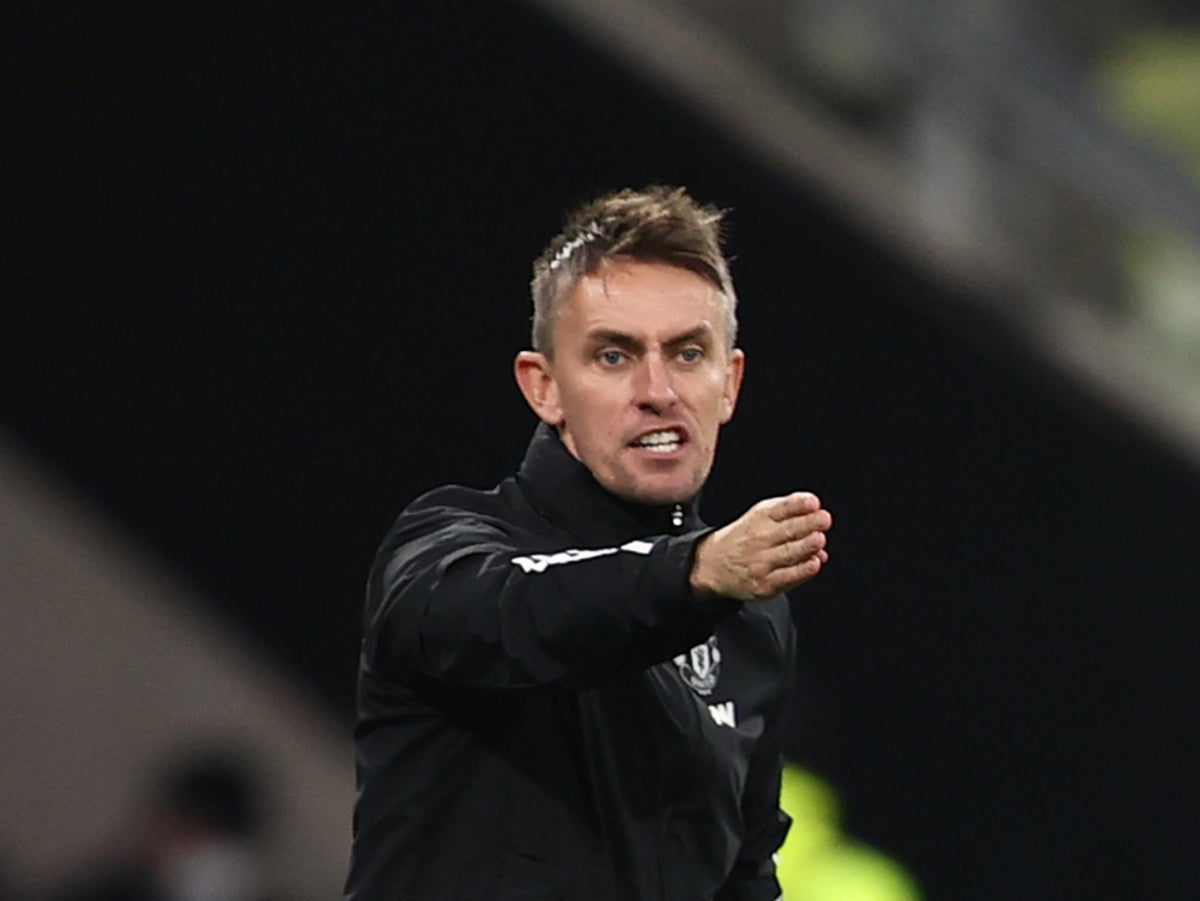 Ipswich stayed at the top of Sky Bet League One with a 1-0 win at Burton.

Marcus Harness drilled home his third goal of the season on the hour to give the Suffolk side the points.

Kieran McKenna’s side have 10 points from their first four games and won the last three.

Peterborough are second after ending 10-man Sheffield Wednesday’s unbeaten record with a 2-0 win.

The Owls had Reece James sent off after 34 minutes for a high challenge on winger Joe Ward.

Posh, who was beaten at Plymouth last weekend, benefited as Jonson Clarke-Harris and Jack Taylor scored in the second half.

Portsmouth and Bolton maintained their unbeaten records with home wins.

Pompey defeated Cambridge 4-1 after falling back to Joe Ironside’s goal after half an hour.

Defender Connor Ogilvie nodded off 13 minutes from the end of a Reeco Hackett cross to complete the loss.

It was the Liverpool loanee’s second goal of his time at Bolton following his Carabao Cup goal against Salford.

Exeter and Charlton also moved into the top six after impressive victories.

The Devon side defeated Wycombe 3-1 at home, with Harry Kite – his third goal in four games – finding Archie Collins and Timothee Dieng.

Ancient Greek David Wheeler had given Wycombe hope with a spectacular second-half strike, reducing the deficit to 2-1.

Charlton won 5-1 against Plymouth, who had sent off James Wilson six minutes before half-time for a foul when they were 1-0 down.

Crystal Palace loanee Jesurun Rak-Sakyi put Charlton ahead and Jayden Stockley and Sean Clare increased the lead before the break.

Barnsley defeated Bristol Rovers 3-0 and passed them in the table.

Lincoln and MK Dons both celebrated their first wins of the season.

The Imps won 2-1 at Oxford, where Tom Hopper and Anthony Scully scored in the first half.

Oxford responded with a Cameron Brannagan penalty but it was the third loss in four games for Karl Robinson’s side.

Ellis Harrison managed a late consolation for the guests.

There were goalless draws between Fleetwood and Cheltenham and Shrewsbury and Derby.

Forest Green’s home game against Accrington has been postponed because of a flooded pitch.