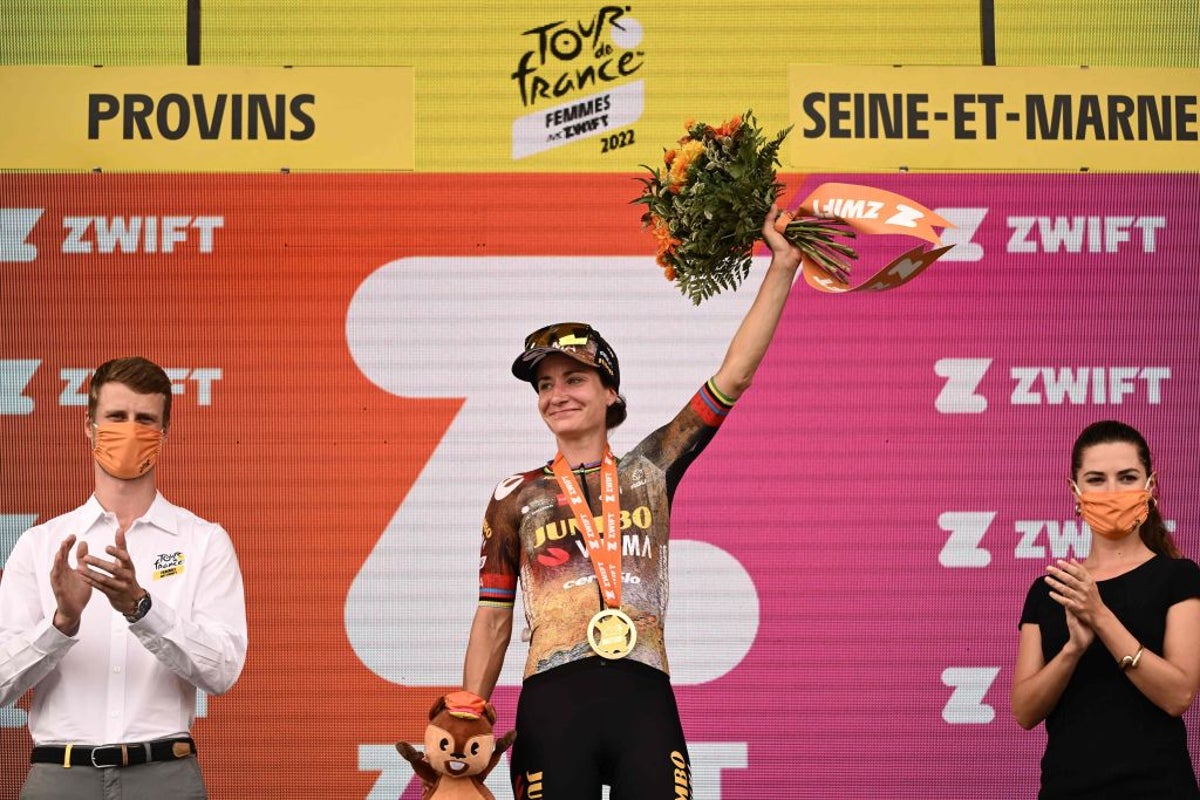 The 35-year-old Dutch star, three-time world road champion and eight-time world cyclo-cross champion, has won just about every title in the sport and it seemed fitting that she can now add a yellow jersey to her considerable collection.

‘The Cannibal’ was second to Wiebes on Sunday’s opening stage on the Champs-Elysees, but this time she ran into a crucial late split as she entered the final lap of a circuit finish, then sprinted Silvia Persico and Kasia Niewiadoma on the uphill Drag to away the line.

“It’s not revenge, it’s just beautiful,” Vos said. “We knew we had to be focused and alert to do a lap where it was tight and the wind was a factor.”

This was Vos’ 241st road win – she has more than 400 in all disciplines – and one of the most significant on her record considering her focus on this first women’s Tour de France with Zwift.

“It’s definitely for the best at the moment,” added the Dutchwoman. “Of course you’re here, you’re trying to be focused and try to get the win. It’s beautiful and I have to thank my team.”

With wind sweeping across the road, an early breakaway had been brought back with the intensity that was high during this 136km stage from Meaux, east of Paris.

Nerves showed as a series of falls split the pack – with Marta Cavalli the most notable casualty, the Italian hope is now out of the running.

When the race was abandoned at the back, Maike van der Duin attacked first and a counterattack by Elisa Balsamo pulled out Vos, Niewiadoma and Elisa Longo Borghini.

Returning to the windiest sections of the course, they managed to stay away from a disorganized peloton who finished 29 seconds back

While Vos celebrated victory and a yellow card, Longo Borghini and Niewiadoma both accumulated valuable time on Annemiek Van Vleuten as overall favorite – exactly what they need to do in the opening days of this Tour to stall them in the mountains at the weekend.

Live One Life: Beginner Tips You Should Know Before You Begin