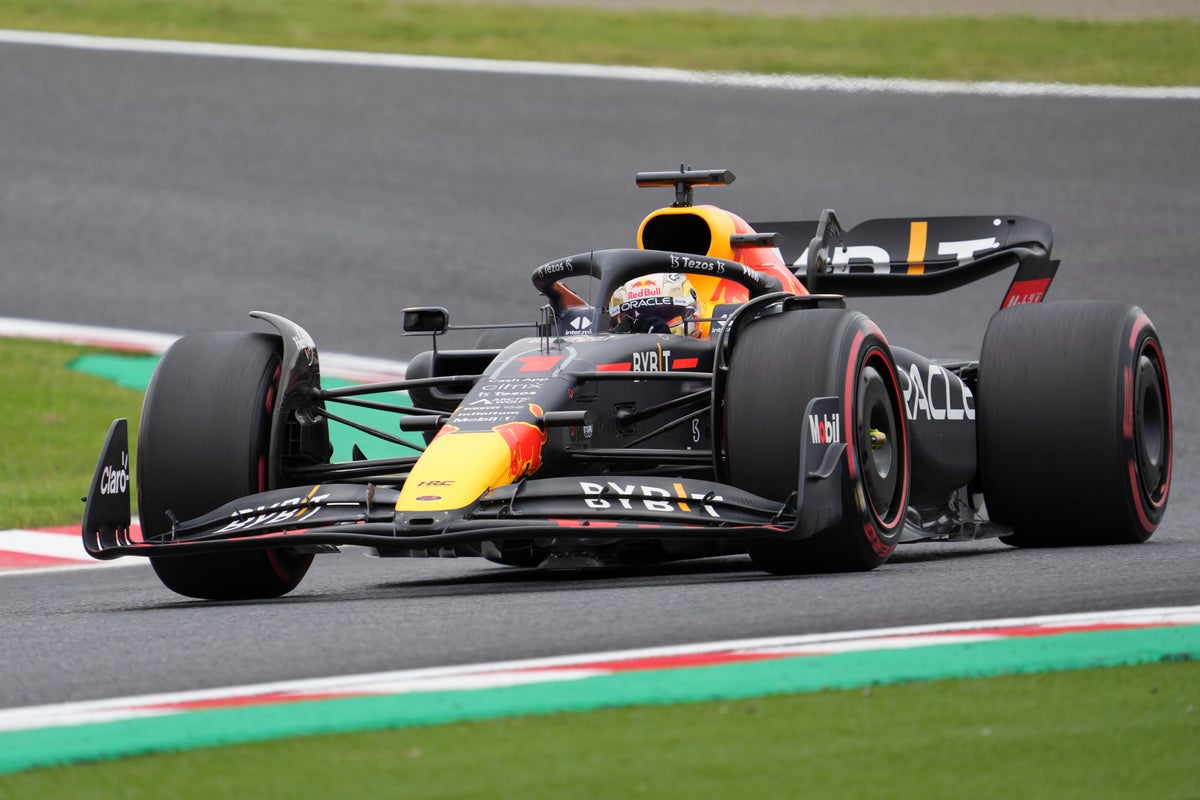 Max Verstappen continued what could become a title-winning weekend by storming the fastest time in final practice for the Japanese Grand Prix.

The Red Bull driver was able to defend his drivers’ title at Suzuka and set the pace in the first dry session of the weekend.

Victory with the fastest race lap on Sunday would give the Dutchman a second title regardless of the result of his rivals.

His time of one minute and 30.671 seconds was almost 0.3 seconds faster than Carlos Sainz’s Ferrari, with Charles Leclerc third.

Fernando Alonso’s Alpine was fourth ahead of Sergio Perez’s sister Red Bull and the Mercedes duo of George Russell and Lewis Hamilton, who were fastest in Friday’s wet session.

F1 returned to Japan this year for the first time since 2019 and saw Verstappen toast to another title.

The 25-year-old insists he is fully focused on the track as the excitement over 2021 budget caps continues.

With the FIA ​​set to announce their results on Monday, Verstappen will be keen to seal this year’s title before any potential clashes arise.

Odyssey of the Aran Islands: a breathtaking shipwreck, super traditional music and the sound of Irish spoken

Celtic vs Hibs LIVE: Daizen Maeda gets off to a dream start with his debut goal