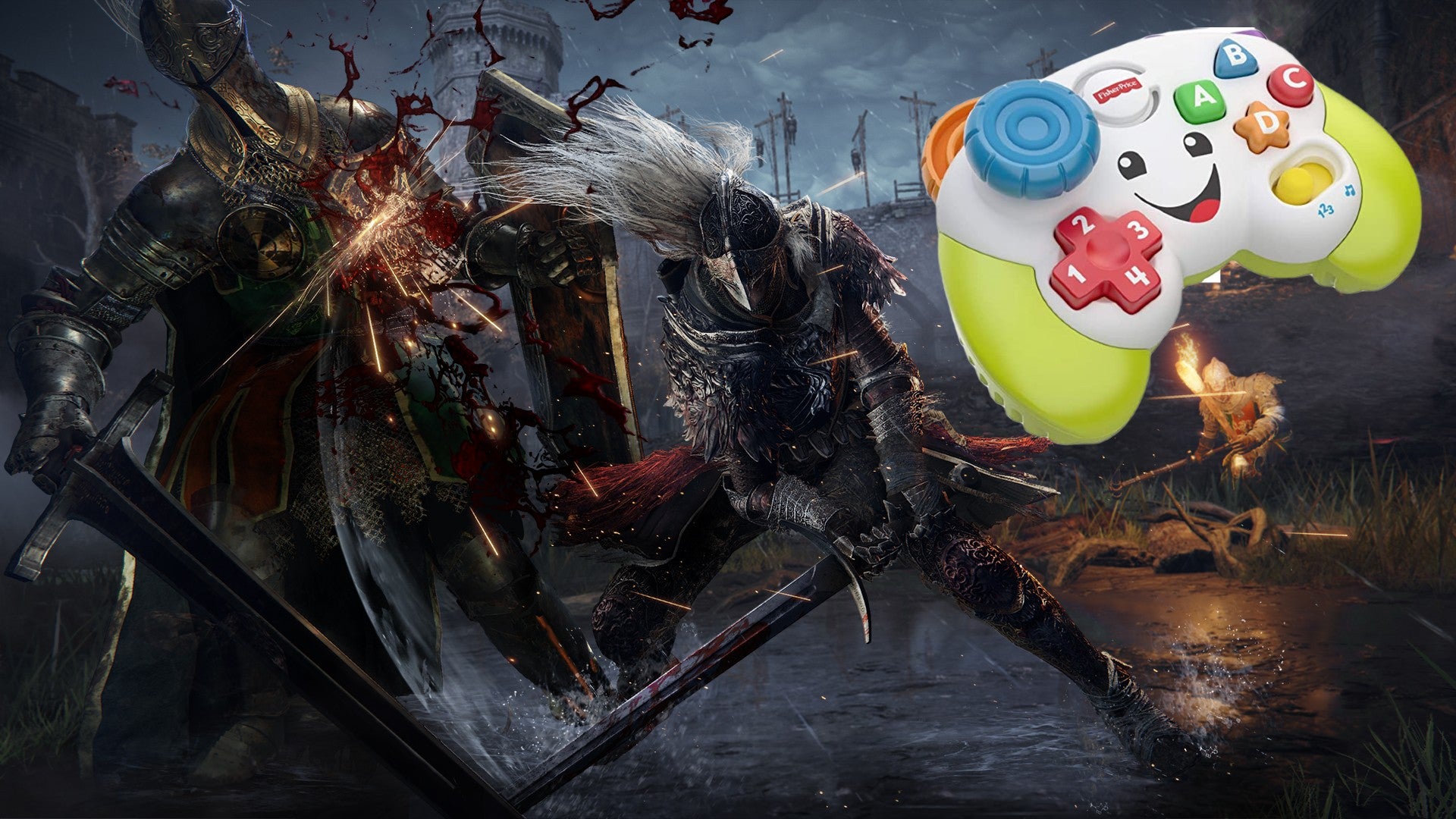 An impressive effort was made by a modder to turn the Fisher Price Laugh & Learn Game & Learn Controller into an Xbox controller, and it actually works. To demonstrate how the controller works exactly, rudeism shared a clip on Twitter of them using the controller to play none other than the Elden Ring.

While something more childish could have been more appropriate, what better way to demonstrate the controller’s capabilities (which also doesn’t have a proper joystick) than playing one of the harder games of the year?

As a Twitter user Wario64 shared that the Fisher Price controller can be purchased at a discounted price, they also joked that it’s perfect for Elden Ring. Well, modders – Rudeism – have put this to the test.

and thanks to @Wario64 for the casual joke that inspired me to make this happen 😂 pic.twitter.com/3OETvcsEsI

Rudeism has completely modified the controller into a fully functional Xbox controller, and it can be used to play more than just Elden Ring. When pointed out that there’s no right joystick to use, Rudeism shared that they actually modified the yellow switch to go left or right, respectively, depending on which direction you move it.

It’s also missing a lot of other buttons, and that yellow switch does it all. When the switch is on different sides, the inputs for the face buttons also change. For example, the “C” button on the Fisher-Price controller represents what “B” is for an Xbox controller, but with a switch change, the “C” button then represents “Start”.

It can do everything a standard controller can, PLUS still make all the annoying noises it originally made

For every possible problem with this controller, Rudeism has found a solution. However, we can imagine it’s quite difficult to use for a toy controller.

The only original feature that might be disturbing to many, but not to Rudeism, is the Fisher Price controller’s music. Whether the narration of the buttons or the music will be a distraction when it comes to taking on the Elden Beast, only time will tell.

Will there be a sequel to Horizon Forbidden West? The game’s creative director seems to think so, anyway