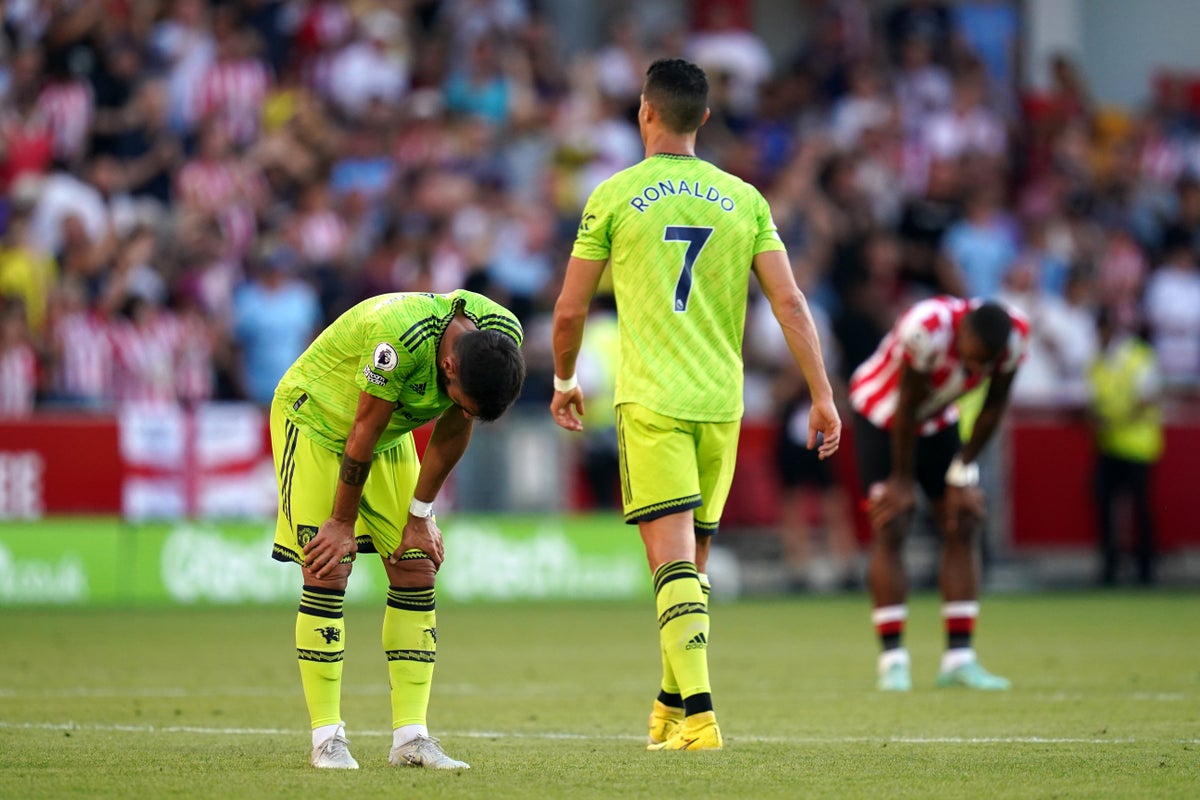 Erik ten Hag’s woes worsened as Manchester United were humiliated by Brentford while Arsenal fans did something Mikel Arteta had never seen before in their win over Leicester.

The big talking point came after the final whistle at Stamford Bridge when Thomas Tuchel and Antonio Conte were sent off in heated scenes.

Here, the PA news agency takes a look at five things we’ve learned from the Premier League this weekend.

Manchester United are in big trouble

It’s hard to find a silver lining for United fans these days. Perhaps, some pints-half-full supporters posited last week, the 2-1 loss to Brighton in the season-opener could be attributed to Ten Hag’s teething problems. However, no one could see Saturday’s 4-0 win at Brentford as anything other than a reason for the club to at least hover a few fingers over the panic button, or at least get some serious forensic analysis under way to determine which of the culprits The game’s many players might have a point worth pursuing. And more bad news for the Red Devils: a new study by Morning Consult found that Liverpool have overtaken them as the most popular club in the United States.

Arteta has made his arsenal more resilient

Sure, Arsenal ultimately walked away with all three points against Leicester at the Emirates, but that score hardly told the whole story. Things seemed to be going smoothly after Gabriel Jesus’ first competitive goals as Gunner gave his side a 2-0 first-half lead, but an early second-half own goal by William Saliba meant danger. He made a wonderful recovery, helped by the support of the fans. Arteta remarked that this was unlike anything he had ever seen. Granit Xhaka restored Arsenal’s lead within two minutes and Gabriel Martinelli added a fourth.

Manchester City’s Premier League rivals could have been forgiven for breathing a sigh of relief after the £51million Pep Guardiola striker proved he could have a difficult outing. Haaland recorded just eight touches in City’s 4-0 win over Bournemouth despite assisting Ilkay Gundogan’s opener. Guardiola was fully supportive of his Norway summer signing and suggested it would take him longer to get used to the Premier League style of play.

There was plenty of drama on and off the pitch at Stamford Bridge as Harry Kane’s final equalizer gave Tottenham a 2-2 draw before Chelsea boss Tuchel and fellow Spurs Conte caught the horns on the touchline. The two coaches faced each other after a nervous handshake and both were sent off, having already been booked for their roles in a dugout melee that followed Pierre-Emile Hojbjerg’s controversial first equalizer for Spurs. An enraged Tuchel did nothing to hide his anger at referee Anthony Taylor after the game and claimed it would be better if he didn’t referee the Blues again, leaving the German likely to remain in hot water with the Football Association.

Fulham off to an impressive start

Fulham’s first two games of the season, home to Liverpool and away to Wolves, provided a tough start to life in the top flight, but Marco Silva’s men went through both unbeaten. They led Liverpool twice and it took an 80th-minute equalizer to earn the Reds a point, while a missed penalty from Aleksandar Mitrovic kept the Cottagers from winning at Molineux. It’s early but two unlikely points could prove crucial in the battle for relegation.

Mountain skiing, known as Skimo, arrives at the 2026 Winter Olympics