A SPIKE in registrations to play girls’ soccer in the region was attributed to the country hosting the Women’s Euros 2022 tournament.

Two games involving England were played at the Amex Stadium in Falmer.

The Lionesses destroyed Norway 8-0 earlier this month, the biggest win in the history of the competition.

They followed that with a final turn to defeat Spain 2-1 last Wednesday and advance to the semi-finals. 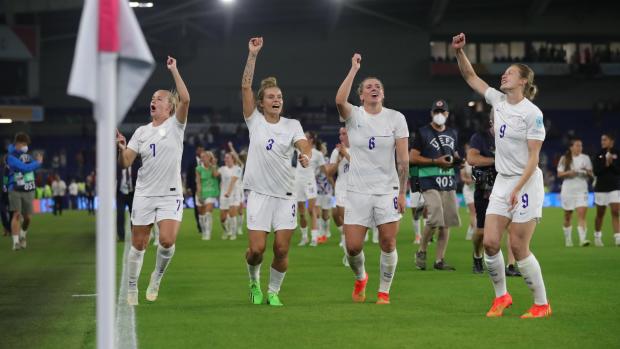 The Lionesses celebrated their 2-1 win over Spain last week

Since the competition began on July 6, Albion in the Community (AITC) has seen a 55 percent increase in registrations for its girls’ soccer sessions compared to July last year.

Matt Dorn, CEO of AITC said: “Since the Euro we have had a huge increase in girls wanting to play football at one of our sessions.

“At AITC we have been really focused on using the Euros to inspire the next generation of women footballers so it is amazing to see this happening before our eyes.

Albion in the community hosts soccer training sessions for all ages

“We hope we can build on this wave of excitement and get more and more girls in Sussex lacing up their boots.

“Many of these girls who sign up have never really played football, which shows the incredible impact a tournament like this can have on inspiring young people.”

155 girls have signed up for the charity’s various football events, be it football schools, after school or the talent trail.

Earlier this month, The Argus reported on the expansion of a 5v5 women’s league due to increased demand ahead of the Euro 2022 tournament.

Jake Huggins, founder of 5s Football, which runs the league, said the women’s league started around 2019 with “reasonable interest” with space for five teams.

But mirroring the picture across the country, the company has seen a surge in demand for a larger women’s league in Brighton.

“It was really interesting, we have a few teams but there were so many individuals who just wanted to play.”

https://www.theargus.co.uk/news/20523144.sign-ups-play-girls-football-brighton-euros/?ref=rss More registrations for girls’ football in Brighton during the Euro