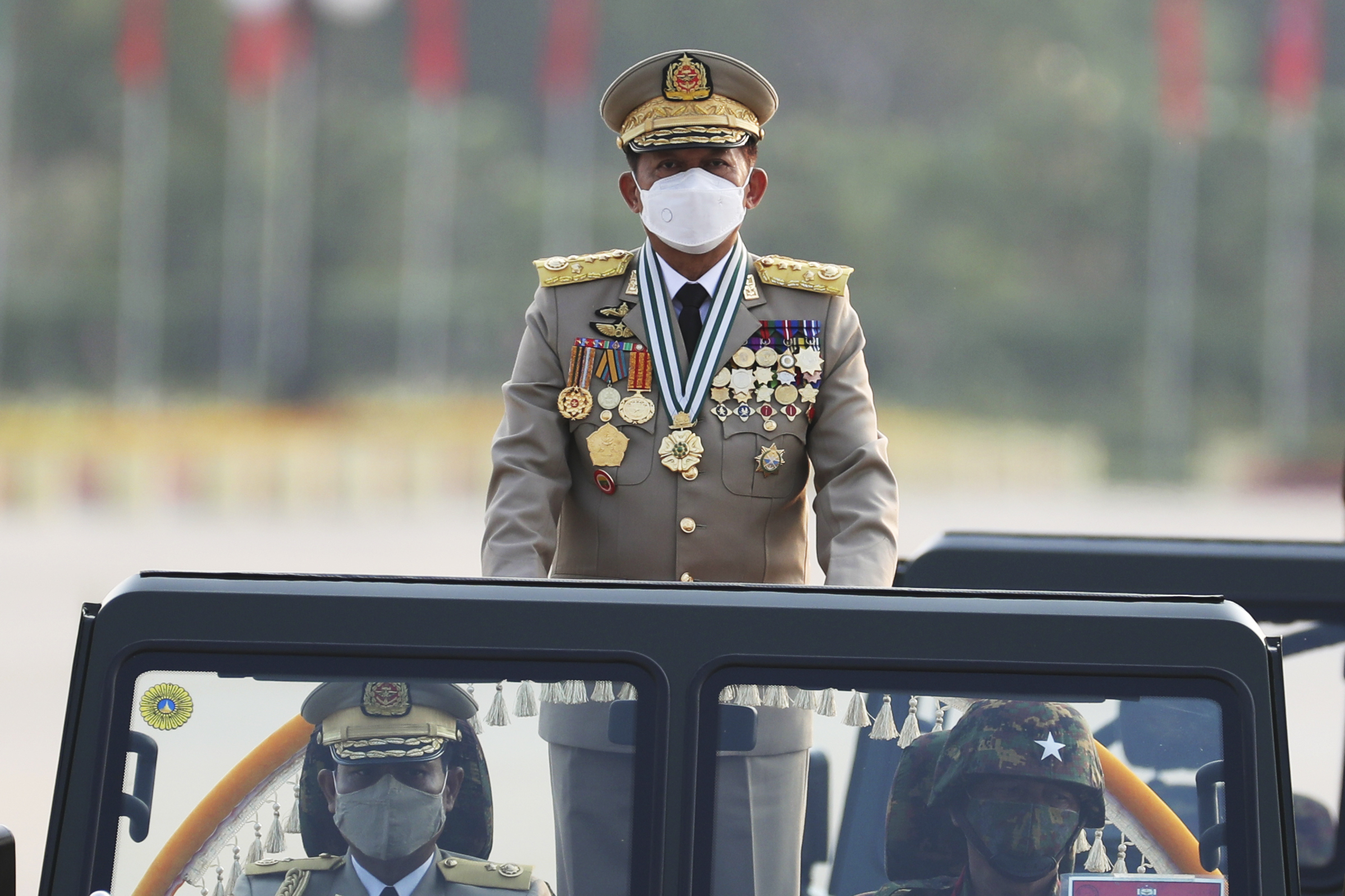 The four men, who were sentenced to death at a closed trial in January, were accused of helping militias fight the army that seized power in a coup last year and a bloody crackdown on their opponents had unleashed.

“Very sad… strongly condemn the junta’s cruelty, if that is the case,” spokesman for the NUG President’s Office Kyaw Zaw told Reuters via message.

“The world community must punish their cruelty.”

Phyo Zeyar Thaw’s wife, Thazin Nyunt Aung, said she was not informed of her husband’s execution. Other relatives could not be immediately reached for comment.

The four had been charged under the Anti-Terror Law and the Criminal Code and the punishment was carried out after the prison trial, the newspaper said, without elaborating. Previous executions in Myanmar have been by hanging.

One activist group, the Assistance Association of Political Prisoners (AAPP), said Myanmar’s last judicial executions were in the late 1980s.

A military spokesman did not immediately respond to phone calls asking for comment.

Last month, military spokesman Zaw Min Tun defended the death penalty, saying it was justified and used in many countries.

“At least 50 innocent civilians, excluding security forces, died because of them,” he told a televised news conference.

“How can you say that’s not justice?” he asked. “Required actions must be taken at the required moments.”

The sentences had been condemned internationally, with two UN experts calling them a “vile attempt to instill fear” among the people.

Cambodian Prime Minister Hun Sen, head of the Association of Southeast Asian Nations, wrote a letter to junta leader Min Aung Hlaing in June appealing for the executions not to be carried out, expressing the deep concern of Myanmar’s neighbors.

Myanmar’s ruling junta has condemned foreign comments on the death warrants as “reckless and disruptive”.

Myanmar has been in chaos since last year’s coup, and the conflict is spreading across the country after the army crushed mostly peaceful urban protests.

The AAPP says more than 2,100 people have been killed by security forces since the coup, but the junta says the number is an exaggeration.

The true picture of the violence has been difficult to assess as clashes have spread to more remote areas where ethnic minority insurgent groups are also fighting the military.

The latest executions eliminate any chance of ending the unrest, said Myanmar analyst Richard Horsey of the International Crisis Group.

“Any possibility of dialogue to end the crisis created by the coup has now been eliminated,” Horsey told Reuters.

“This is the regime demonstrating that it will do what it wants and will not listen to anyone. It sees this as a show of strength, but it can be a serious miscalculation.”

Pigs fly over Paschal's office, but a half-time team meeting between Micheál and Leo is out of the question

Brighton was among the areas in England with the fastest drivers