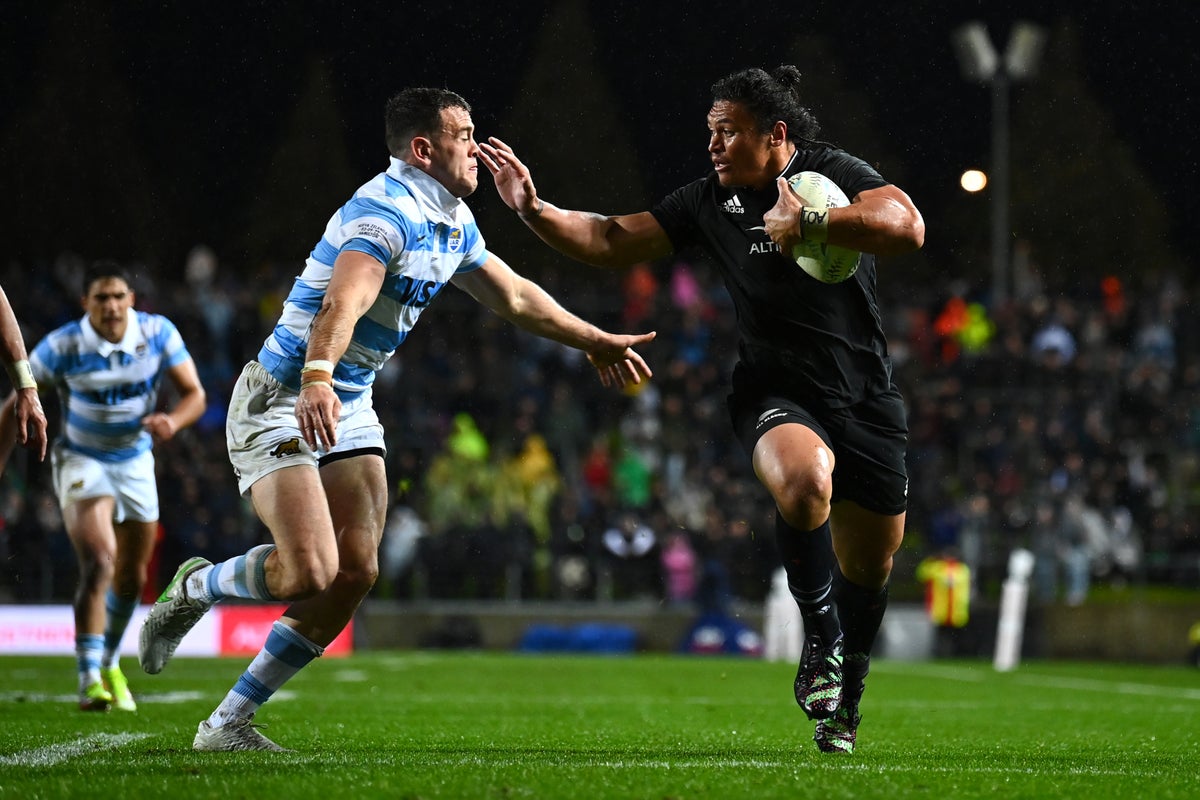 A fun new trend? Water rugby is causing a sensation

New Zealand and Argentina meet again in Hamilton today, a week after the Pumas’ famous victory over the All Blacks in Christchurch. Argentina produced deserved winners to claim their first victory on Kiwi soil and Michael Cheika’s side are looking to repeat the trick from their position at the top of the rugby championship table.

New Zealand, meanwhile, lie third with just five points from their first three games and the pressure is mounting on head coach Ian Foster as his title defense falters. Foster names an unchanged team and insists the All Blacks are moving in the right direction.

“I’ve really enjoyed the trend of where we’re going, but it always has to produce results, doesn’t it?” he said on Thursday. “This is the market in which we operate. I understand all of that, but what I do know is that I really believe in what’s happening behind the scenes.”

Follow the result and latest updates of Test between the All Blacks and the Pumas with our live blog below.

Coast to Coast by the All Blacks! All the puffing and puffing on the New Zealand line and Argentina is immediately cut open in defence.

New Zealand quickly taps a scrum penalty inside their own 22 and Rieko Ioane cuts the sharpest lines in the room. He prances to the top and his teammates join him, providing excellent support as the center is finally knocked down in the Argentina half.

Through the bodies comes Finlay Christie, who explores the rooms while the scrum half renders razor-sharp services. Sam Cane goes bust and has Jordie Barrett on his left – the full-back trots under the post for another brilliant effort from the All Blacks.

Instant Impact from Brodie Rettalick! Reunited on the second row, veterans Retallick and Sam Whitelock lead the defensive line at the muzzle, decisively repelling the Argentine eight who are trying to apply pressure.

Out to the back … knocked! The New Zealand defensive line was set up and set up quickly with that maul in retreat and Argentina’s scoring chance goes awry.

Three more penalties against New Zealand but did Argentina score with advantage? It is Tomas Lavanini’s long arm reaching through…

No try! Lavanini had a bit of room to reach his left arm but he can’t get a secure hold on the ball as Richie Mo’unga tries to close it.

Still, back for one of those penalties. Into the left corner as Brodie Retallick replaces Shannon Frizell in the All Blacks pack – Scott Barrett will go on six.

Fletcher Newell snaps his mouth and sits for ten minutes!

Stop! So close for Argentina, so almost a great result from Thomas Gallo! Quite a skilled athlete, the beefy loosehead shows his skills by weaving between two tacklers, sidestepping Caleb Clarke and being dragged six feet down by Ardie Savea. The next Argentinian airline is held up over the line – back for a penalty, corner kicked, with discipline suddenly becoming an issue for New Zealand.

Momentum has just swung slightly in Argentina’s favor – now it’s being decided a tackler didn’t roll away from a ruck fast enough as Sam Cane struggles midway. Benjamin Urdapilleta pushes his side forward.

Brilliant by Pablo Matera! The crowd celebrates, thinking new man Bower has scored when the referee holds up an arm and blows the whistle, but the brace is comfortably just short of the line and Matera in masterful jackal position to earn the penalty.

George Bower and Fletcher Newell are introduced to the New Zealand front row as they opt for a scrum. Finally, Christie, who came on for Aaron Smith, feeds it as the All Blacks launch another offensive down the Argentina line…

A shrill whistle from Nic Berry – two more penalties against Argentina in that series of stages, the second for offside, and that’s four in six minutes against Julian Montoya’s side. Berry warns the Argentina captain that his side need to improve their discipline – and grants Montoya’s request for a chance to gather his buddies for a chat.

New Zealand really liked that chip today, Richie Mo’unga this time dropping a ball to the right toe and challenging the space between the lines for Argentina. Will Jordan chases Gonzalo Bertranou and takes him down, allowing his teammates to run over the ball with a direct counterattack and win another All Blacks penalty. Mo’unga finds the corner.