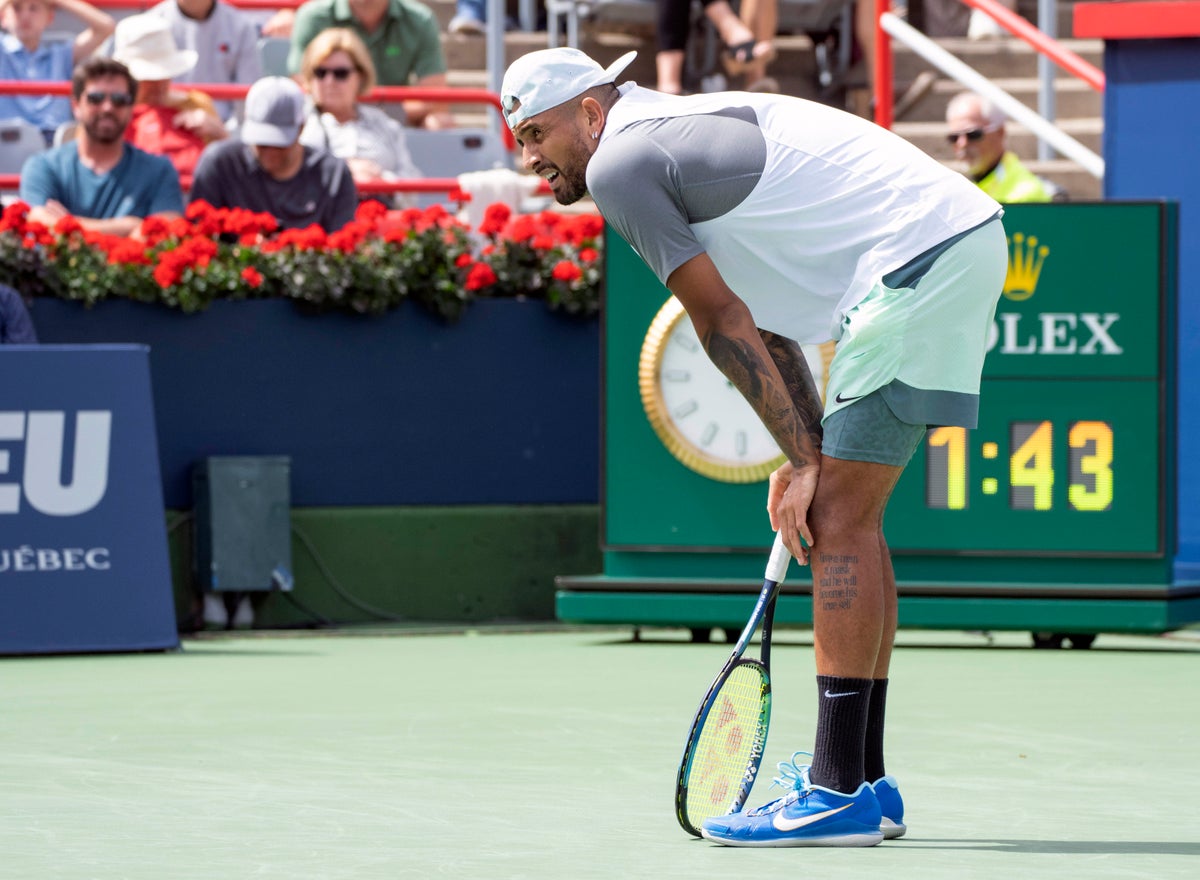 Nick Kyrgios’ winning streak ended when he lost to Hubert Hurkacz in the quarterfinals of the National Bank Open in Montreal.

The Australian had built on his run to the Wimbledon final by winning an ATP title in Washington last week and went into the clash having won 15 of his last 16 games.

Kyrgios looked tired but recovered from losing the opening set in a tie-break to turn the tables in the second.

However, the deciding set was one-sided as Kyrgios berated the referee over a lengthy toilet break from Hurkacz and struggled physically as he lost 7-6 (4), 6-7 (5) 6-1.

Kyrgios told a press conference: “My body hasn’t felt good for the last week. If you stop playing for five or ten minutes, it doesn’t help your body.

“My body was so stiff afterwards that I couldn’t move properly. My stomach hurt. It’s within the rules so I’m not going to complain, I just completely stiffened.”

In the semifinals, Pole Hurkacz, who is the only player to have won an ATP Masters title, meets fourth-seeded Casper Ruud.

The Norwegian made it a miserable day for home hope Felix Auger-Aliassime, handing the young Canadian the heaviest defeat of his career as he went down 6-1, 6-2.

At the women’s event in Toronto, Simona Halep continued her resurgence by defeating Coco Gauff 6-4, 7-6 (2) and maintaining her record of not losing a set in four encounters with the American teenager.

Hundreds take part in the 'Free the Nipple' walk in Brighton

UFC London 2022: Who Should Paddy The Baddy, Molly McCann And Tom Aspinall Fight Next?