Nine fighter jets were spotted flying in formation over Sussex this morning.

They were also seen – and heard – over Brighton around the same time as well as at 9.45am this morning.

The squadron is made up of T-50B fighters from the Black Eagles, the South Korean equivalent of the RAF’s Red Arrows. 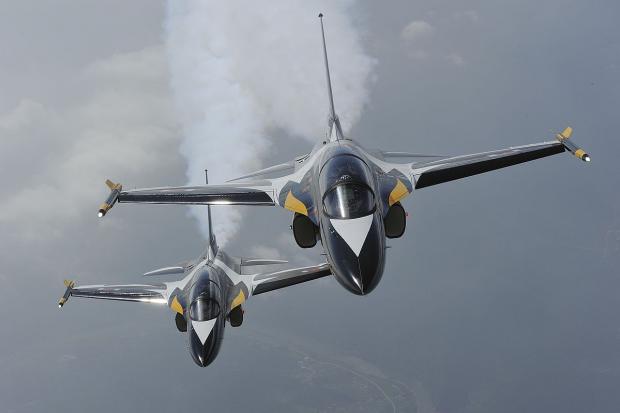 South Korea’s Air Display Team will fly at the Royal International Air Tattoo which is being held at RAF Fairford in Gloucestershire from Friday 15th to Sunday 17th July.

They conducted practice flights twice this morning between 9am and 10am over Chichester, Arundel, Brighton and Eastbourne.

Meanwhile, the Eastbourne Airshow will have its own flying displays on all four days, featuring the Red Arrows as well as F-16AM Fighting Falcons, which are part of the Belgian Air Force.

The Black Eagles near Worthing this morning

Both the Red Arrows and the F-16AMs will be on display for all four days of the show from Thursday 18th August to Sunday 21st August.

The Black Eagles will not fly at the Eastbourne Airshow.