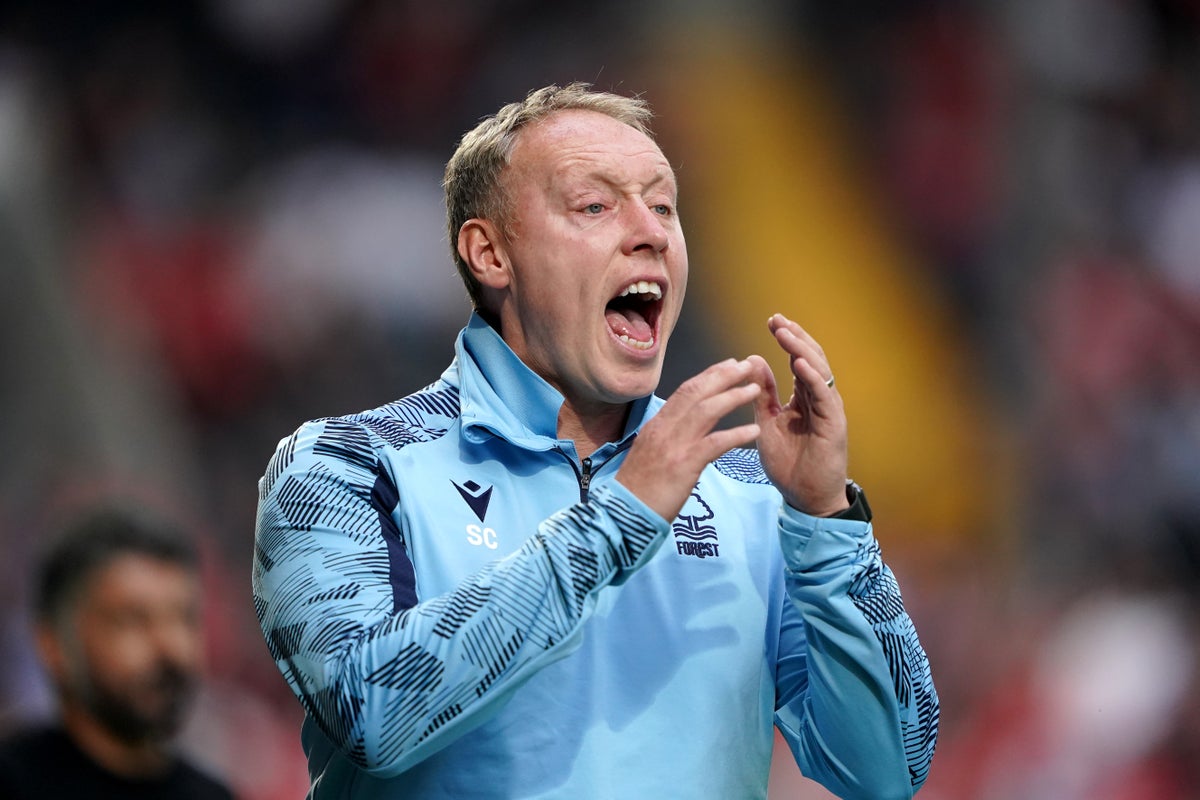 Nottingham Forest head coach Steve Cooper is confident that all the club’s new recruits will be connected and give their all to the Premier League cause.

Despite all the summer turnover, Cooper claims the squad per se isn’t too big – with added quality cover on the bench if Forest is to withstand the challenges ahead that continue at home against newly promoted Bournemouth.

“I will not use it (the number of new players) as an excuse, I will not say that we will be ready in X time because we have a game on Saturday and we have to be ready for it,” said the Forest coach , who saw his side beaten 6-0 at Manchester City on Wednesday night.

“That’s my focus – I never look further than the next game and never have.

“Whether there are players who have been here for years or whether they have come through in the last few weeks is irrelevant to me.

“We work how we work, we train how we train, we hold to our values ​​and beliefs day in and day out. I believe this helps you become the team you want to be.

“For me, I want us to be connected as a team on Saturday and get involved in every game as it comes.”

While Forest may have boosted Coopers’ options significantly across the board, the Welshman believes it will be necessary if the club is to go the distance in the Premier League.

“It’s not so much a big squad. It’s a normal sized squad in terms of the number you need to train well every day,” Cooper said.

“It’s nine substitutions this year so I wouldn’t say it’s a big squad. It’s just a large number of new players, so there are two different things.

“Obviously, to have a strong bank, you have to have people on it who may or may not be happy. That’s just the world of management in the Premier League.

“It’s not just a question you could ask me. You can ask most managers in the league if it’s about keeping everyone happy.

“But this is nothing new – all players want to play, but not all can. Every time you pick a team, you disappoint one member of the group, and that will never change.

“I’m sure the team will feel like me, obviously disappointed but really motivated,” Cooper said at a press conference.

“I want us to be a team and I want to be a manager and a team that not only smiles and rejoices after wins, but can show that we can handle defeats too.

“Recovering from setbacks, losses and poor performance is an essential part of long-term success and we have the opportunity to do so now.

“What’s happened in the last couple of games has made us really focus on what we’re bringing to the next game.”

https://www.independent.co.uk/sport/football/nottingham-forest-steve-cooper-willy-boly-premier-etihad-stadium-b2158291.html Nottingham Forest’s new recruits are committed to the cause, stresses Steve Cooper

Global bonds plunge into their first bear market in a generation