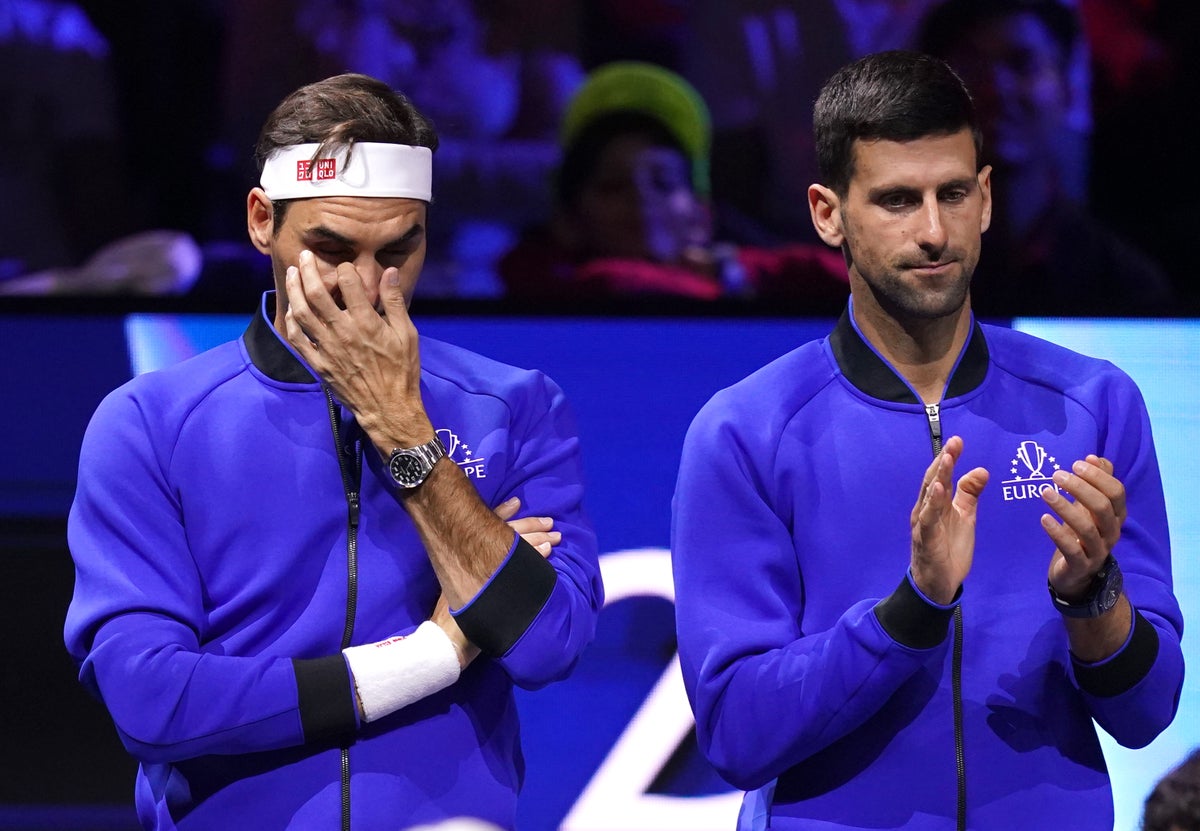 Novak Djokovic said he wants his biggest rivals to be by his side as he pulls down the curtain on his career, much like Roger Federer’s emotional farewell to the game last week.

Images of Federer and Rafael Nadal, who shared one of tennis’ most thrilling rivalries, sat together and cried after they combined in a double-header defeat in the Laver Cup at London’s O2 Arena on Friday went viral on social media.

Djokovic and Andy Murray – two of Federer’s other main rivals – were also present at the 41-year-old’s final bow.

“It was just a very touching, very emotional moment,” Djokovic told reporters on Tuesday in Tel Aviv, where he will contest an ATP 250 event this week.

“When I saw his children and his family, I got emotional too. I also have to say that I’ve been thinking about what it would look like for me if I said goodbye to tennis.

“There is definitely one thing that I would like to have, other than of course my family and the people close to me in my life: I would like to have my biggest rivals and competitors there because it adds something special and more meaning to that moment.”

The 35-year-old, who is one Grand Slam title behind Nadal’s men’s record of 22, said the Spaniard remains his biggest rival.

“We’ve played the most matches of any other rivalry in the history of tennis,” said Djokovic, who missed the Australian Open and US Open this year because he wasn’t vaccinated against Covid-19.

“The rivalry is very special and will continue. Hopefully we’ll get more opportunities to play against each other because it’s exciting for us and also for tennis fans and sports fans around the world.”

There are hard times today, yes. But that is nothing compared to the real poverty that previous generations endured

U.S. viewers will be able to watch Ironball, Hockey on Wednesday’s Olympics broadcast

Connacht’s struggles hurt the hopefuls of the summer tour