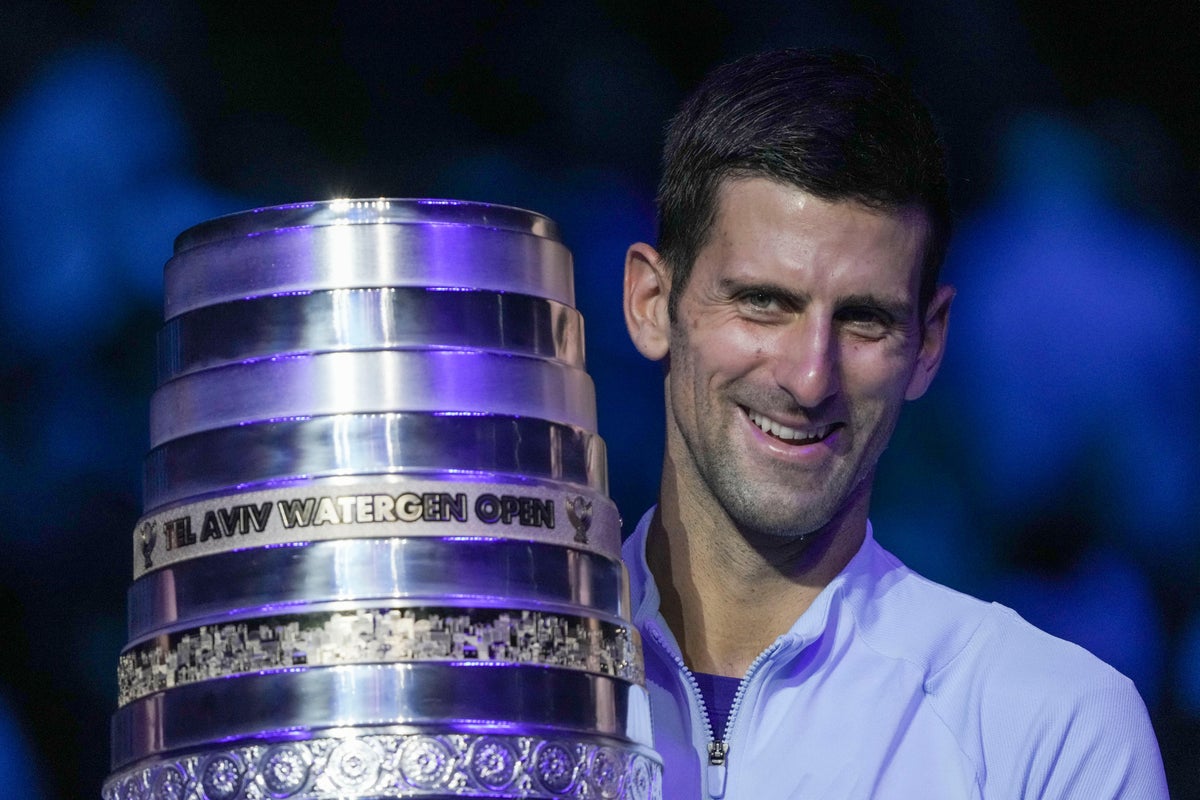 Novak Djokovic rode to his 89th Tour title as he defeated Marin Cilic in straight sets to win the Tel Aviv Watergen Open on Sunday (October 2).

The 35-year-old, playing in his first singles tournament since winning Wimbledon in July, saw off Cilic 6-3, 6-4 to claim his third tour-level crown of the year.

Top seeded Djokovic went through the tournament without dropping a set, becoming the first man to win on hard, clay and grass this season.

Djokovic was only briefly threatened as he served for the opener and produced back-to-back aces to deny Cilic an opportunity to hit back.

The world No. 7 broke quickly in the second as well, pushing home the advantage to win the match in an hour, hour and 35 minutes.