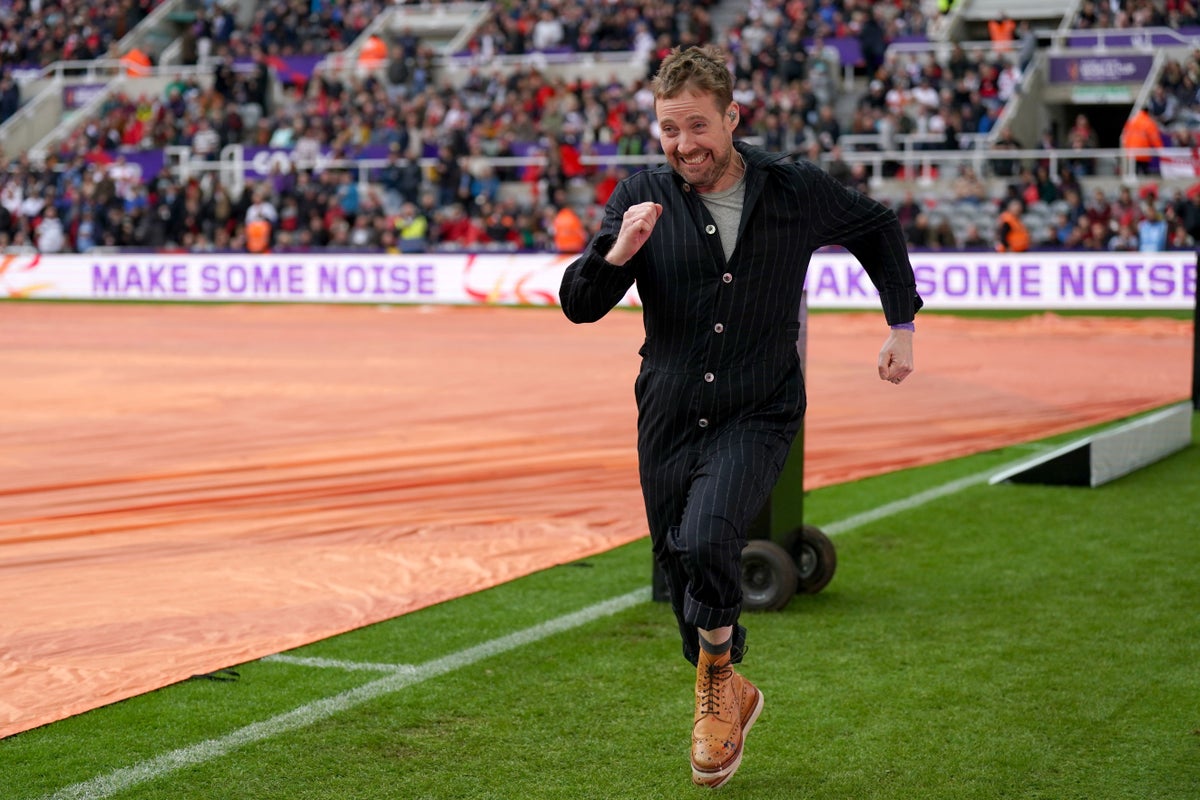 Expecting to sing his band’s hits, Wilson was sprinting up and down the sidelines to raise the spirits when the pre-tournament show was abruptly ended when the public address system went out, just minutes before the kick-off between England and England Samoa.

The much-anticipated opening heat therefore started over 10 minutes late, and former England international Jon Wilkin said on the BBC: “I wonder if at the Olympics you would throw the opening ceremony before the 100m final? You can say it’s funny, but it’s not.”

“RLWC2021 would like to sincerely apologize for the disrupted Tournament Welcome, which was severely impacted by technical glitches. It wasn’t the start we wanted but we want to thank the fans for their patience and for continuing to celebrate the teams and the tournament.”

Before the unfortunate mishap, Rob Burrow had started the tournament off on an emotional start as he opened the welcome event in Newcastle.

The ex-Scrum half from Leeds and England, who is battling motor neuron disease, was given a warm welcome by the 40,000+ crowd in Newcastle.

He was in the main stand at St James’ Park, accompanied by his parents Geoff and Irene, to watch the flag parade of all 32 teams in the men’s, women’s and wheelchair events.

The Kaiser Chiefs then took the field as headliners, smashing their hit ‘Oh My God’ before former England captain Kevin Sinfield and dual-code international Jason Robinson unveiled the Paul Barrier trophy, awarded to winners of the men’s competition on 11/19

Baroness Tanni Grey-Thompson was forced to withdraw from the ceremony after suffering a minor fall in Newcastle on Friday night and in her stead, Newcastle Rugby Foundation leader Mel Magee joined Wheelchair Ambassador James Simpson to join the Wheelchair Trophy.

RFL President Clare Balding then presented the women’s trophy along with Fareeha Usman, a Northeast resident recognized as a voice for equality and diversity in the community.

The ceremony was cut short when the public address system went down, forcing the Kaiser Chiefs to call off their part so the players could finally arrive on the field.

Set-up for the belated tournament began on Friday with the opening of the Fans Village on the Quayside, while on the morning of the opening game, professional performers took to the streets of Newcastle with locals for a specially commissioned show of dancing, music and aerial performances as part of the Cultural Festival of the tournament.

https://www.independent.co.uk/sport/kaiser-chiefs-ricky-wilson-england-tanni-greythompson-rob-burrow-b2203475.html Oh my god, I can’t believe it – the Kaiser Chiefs’ set was broken in the Worlds opener

If half the country votes for Sinn Féin, that's fair enough. But no one can say they haven't been told

Leeds are out of the race for the Brighton-linked midfielder