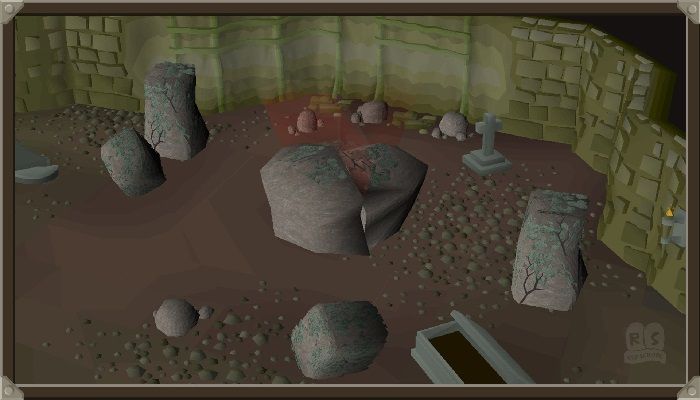 After proposing a new runecrafting minigame in late January, the Old school RuneScape Team has announced that Guardians of the Rift will be added this week on March 23rd.

The mini-game (which also has a new trailer) was originally hinted at as a possible new training method back in December 2020, but things evolved and eventually escalated as the team fleshed out the mini-game’s lore and description, which still has emphasis lies on the training of Runecraft, but also with escalating challenges. This mode, Guardians of the Rift, focuses on the Great Guardian attempting to close the rift, with Rift Guardians keeping you charged, creating more, and essentially working to protect the Great Guardian.

Expect other dangers throughout the mode such as Abyssal creatures spawning and attacking the Great Warden. It’s a skill minigame, so you’ll need to craft the right runes and keep all your help energized to succeed. The Great Warden must remain powered on to continue working to close the rift. There are a few different stages to the challenge, with more difficult monsters eventually starting to appear.

The community wanted the mode, so it was approved and playtested. Through play testing, the @JagexHusky Posted that this has led to a recent change. Over the past few weeks testing has “resulted in a very recent change so you don’t have to use your own pure essence to play Guardians of the Rift. I know quite a few people who like this mechanic and theoretically we did too, but in.” In reality, the gameplay just felt clunky and wasn’t really fun.” This decision was made ahead of this week’s release, and there will be more information once the minigame releases on Wednesday after the latest update.

https://www.mmorpg.com/news/old-school-runescape-adding-guardians-of-the-rift-minigame-this-week-2000124595 Old School RuneScape is adding the Guardians of the Rift minigame this week

“We hear the feedback,” says Phil Spencer of Redfall and Starfield delays

LEGO Star Wars: The Skywalker Saga Review: A meme-laden trek through a galaxy far, far away