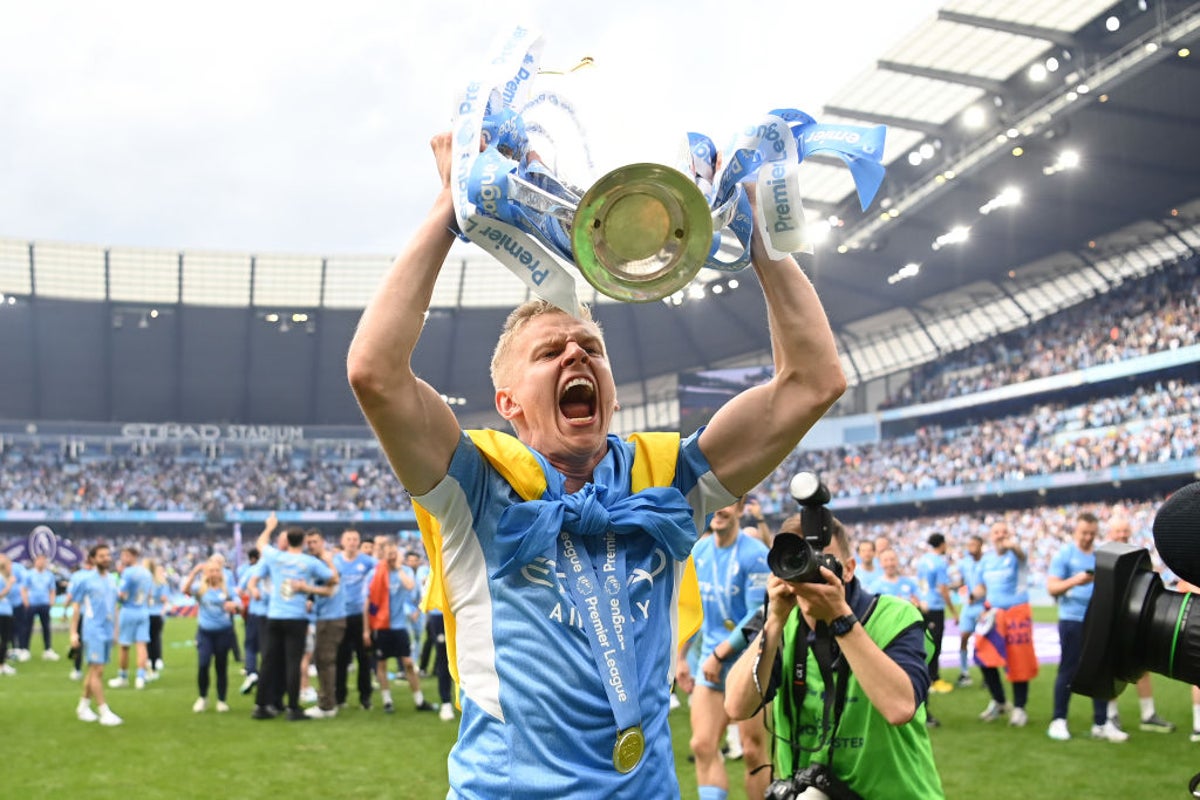 Arsenal have agreed a deal for Ukraine international Oleksandr Zinchenko with Manchester City.

The PA news agency understands Zinchenko will join the Gunners who, like City, are on a pre-season tour of the United States with transfer formalities still to be settled.

A fee of around £32million has reportedly been agreed for the versatile 25-year-old, who can play in multiple positions.

Zinchenko, who joined City from Russia’s Ufa in 2016, is expected to leave City’s training base to join Arsenal, where he will return to work with manager Mikel Arteta, who was Pep Guardiola’s assistant at the Etihad Stadium.

Arsenal have been moving quickly to strengthen the squad during the summer window, with Brazilian striker Gabriel Jesus already joining from Manchester City in a reported £45m deal.

Brighton boss happy with ‘stronger’ squad ahead of season opener

Jurgen Klopp believes Darwin Nunez is at his best