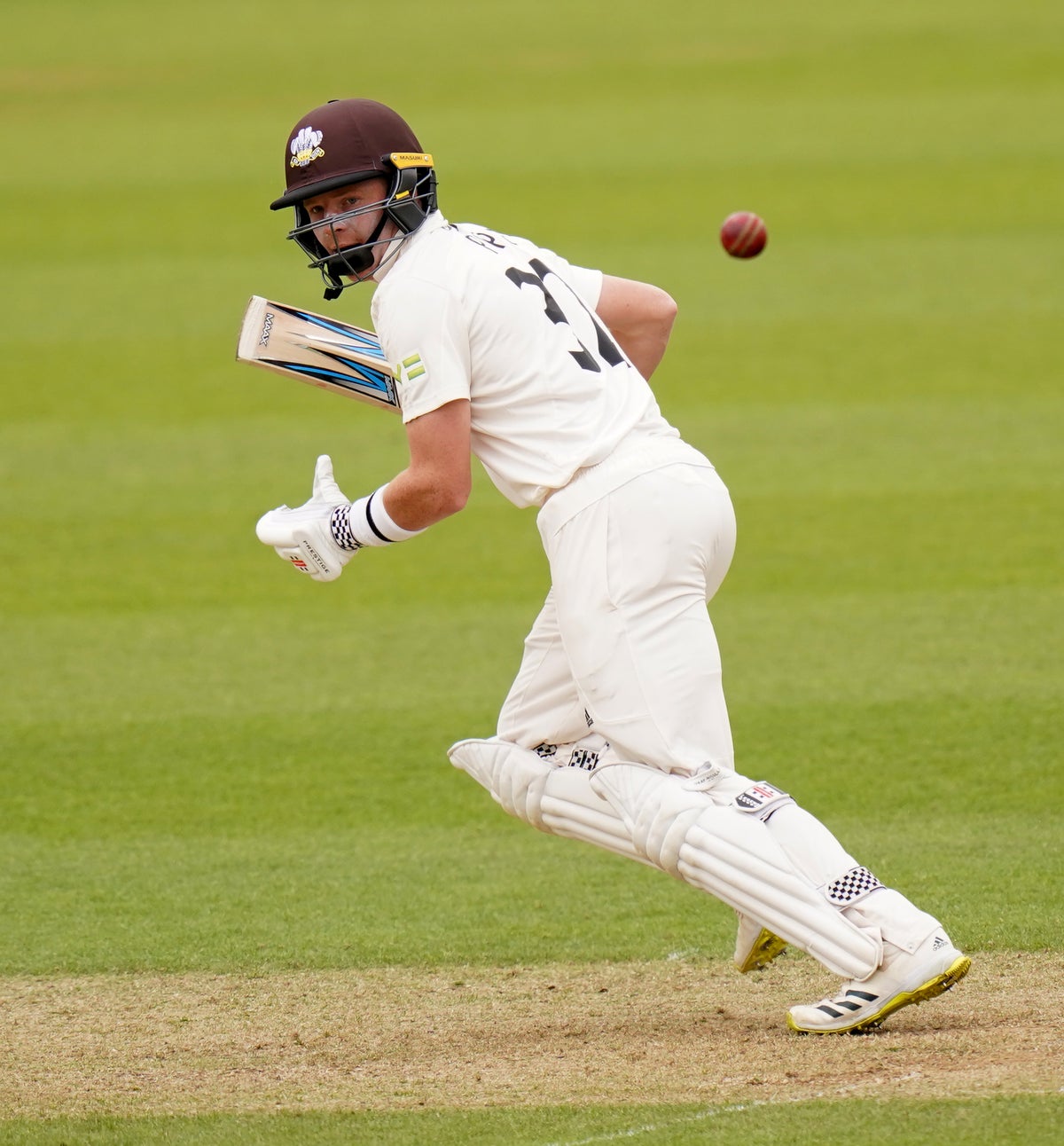 Ollie Pope’s sparkling 65 and a determined ninth wicket of 72 between Conor McKerr and Jamie Overton put Surrey ahead of Warwickshire midway through a hard-fought LV= Insurance County Championship competition at the Kia Oval.

Pope scored the game’s only half-century so far, while McKerr and Overton’s exploits allowed Surrey to reply with 316 to Warwickshire’s 253. In two overs that hit before stumps, Warwickshire reached one without a loss in their second innings and reduced their aggregate deficit to 62.

Called up only as a late replacement for Dan Worrall, fast bowler McKerr was arguably the career-best at 37.

And Overton, who finished 10th with a damaged right hand, contributed an equally responsible 38 to give Division One leaders Surrey a valuable third batting bonus point.

Ben Brown and Keith Barker reached the fifties to help Hampshire gain a first-innings lead over Yorkshire when the wickets fell again on day two of their game at Scarborough.

Hampshire, responding to 159, rebounded from 72 for six after lunch to 218 at full speed thanks to an 88-run, seventh-wicket partnership between Brown and Barker, who made 53 and 52, respectively.

A day that started with Yorkshire on 158 for the first time ended 23 to one of 13 overs of their second inning, 36 behind.

Kent ended the happier of the two sides at the end of a riveting second day against Lancashire after building a sizeable lead over his hosts in the first inning.

Lancashire were eliminated for just 145 in a disastrous morning session that saw nine wickets fall in 28 overs.

Kent struggled to do much better until half a century saw Joe Denly, Jack Leaning and Grant Stewart see an upside-down day in favor of the visitors, who were sacked for 270 before the Red Rose closed at two with no loss.

Ryan Rickelton fell five runs a century ago as Northamptonshire built a first-innings lead over Gloucestershire on day two at Cheltenham College.

The 26-year-old South Africa international, who already had two Championship hundreds in his first three games for Northamptonshire, hit 13 fours and a six as he helped them post 353 for seven in reply to Gloucestershire’s 317.

Opening batter Browne has a fighting and undeterred temper that gives him the ability to make it big the moment he comes in, and his undefeated mammoth 234 showed the best of those traits.

Tom Lammonby collected three for 35 for his personal best and Peter Siddle won his 700th first class wicket in a test of five and a bit sessions for the visitors.

In response, Simon Harmer blew his 45th wicket of the season as Somerset hit 99 for one at a fairly high pace and finished the day 406 runs down.

England’s speedy Ollie Robinson scored four wickets on his return to action as Sussex beat Division Two leaders Nottinghamshire by 240 but dropped to 49 for five before the rally.

Robinson, whose troubles in recent months have included a bout of Covid, a dental infection and food poisoning alongside an ongoing back injury, fired the top four names on the Nottinghamshire scorecard to finish with four for 44 from 16 overs since May in his first appearance .

He produced two particularly quality deliveries to bowl openers Haseeb Hameed and Ben Slater, albeit 89 runs apart, with the latter scoring 55 as one of two Nottinghamshire players to score half a century in an otherwise largely abysmal looking scorecard in which Skipper Steven Mullaney 70 was crucial to add some substance to the innings.

Michael Jones hit a career-best 206 to anchor Durham’s innings of 421 for seven, declared on day two of their clash against Middlesex.

With an overnight score of 78, the Durham opener played a perfect shot to warm up before turning the attack to the visitors.

Jones marked 28 boundaries and three sixes to post his first double hundred and ensured Durham recorded four valuable batting points after losing most of day one to rain.

Scott Borthwick and David Bedingham backed Jones with half-centuries as the hosts decided to declare on the last two days to force a result, while Toby Roland-Jones finished with impressive numbers of four for 67 from his 28.3 overs.

Veteran Wayne Madsen completed 1,000 top-flight runs as he and Anuj Dal helped maneuver Derbyshire back into a strong fight against Worcestershire at New Road.

Madsen reached four figures for the sixth time in a campaign as he reached 32 and scored a priceless 69.

The 38-year-old had scored six championship centuries in 2016 but doubled that tally over the next five seasons as his influence in red ball cricket slowly waned in recent years.

Mattie McKiernan, 58, provided an excellent assist during an uninterrupted streak of 120 and 169 runs scored in a protracted final session.