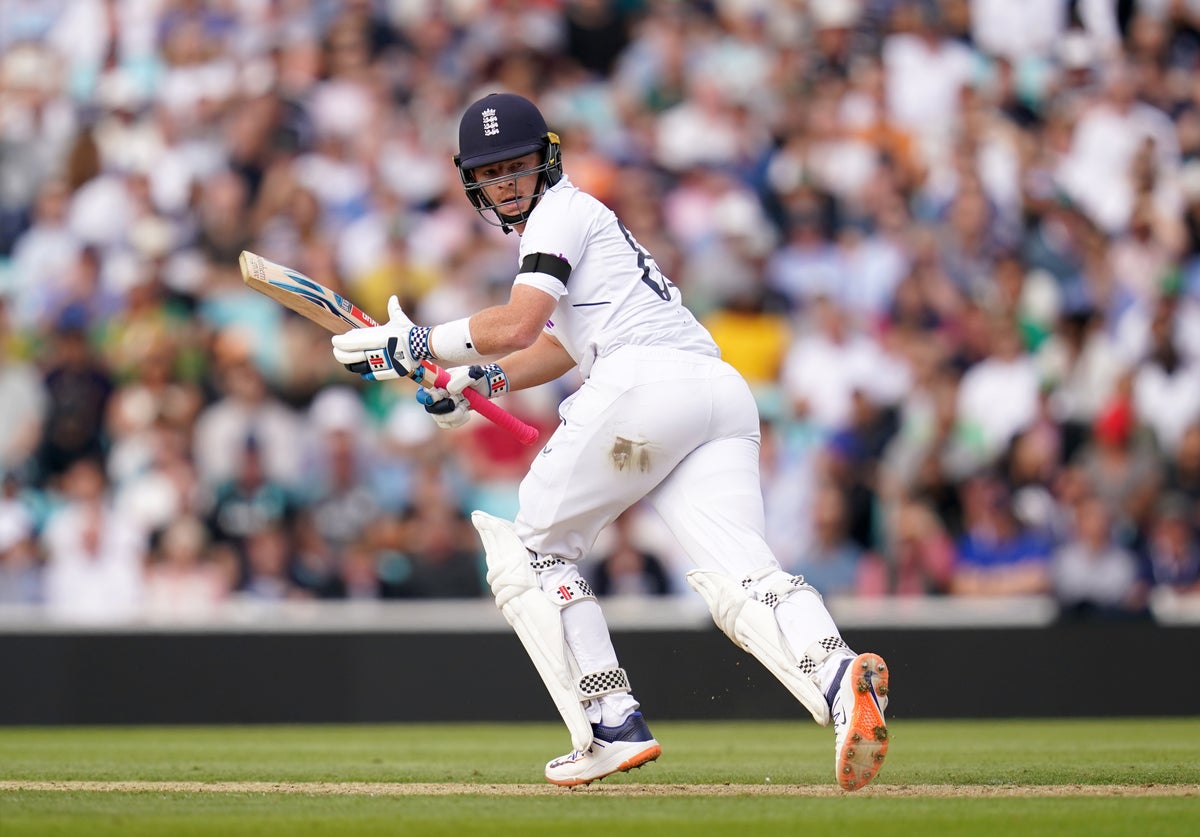 Ollie Robinson and Ollie Pope put England in a useful position in the third Test after an exceptional, wicket-laden third day of sharpness at the Kia Oval.

After stirring tributes in memory of the Queen before the game, Robinson used just enough movement to post a Test-best five for 49, leaving South Africa for a meager 118 in just 36.2 overs.

Wickets also fell in England’s response as they pressed the accelerator, although Pope’s scintillating 67 balls from 77, including 13 fours, took the hosts to 154 for seven before poor light ended the day prematurely.

Marco Jansen scored South Africa’s best innings goals at 30 – one of only two tour players to reach 20 – ahead of their 4:34 deficit against England, and with the Proteas only 36 behind they remain solid in the race.

This LV=Insurance series decision was reduced to a three-day affair after Thursday’s washout and Friday’s washout were canceled in a show of respect to the Queen, with South Africa refusing to deviate from its original Tuesday return home itinerary, and no possibility of an extension.

But they were accommodating guests when the game started, having been asked to bat 48 hours earlier, boosting England’s hopes of a sixth Summer Test win at home for the first time in 18 years.

This was preceded by a carefully orchestrated tribute to the Queen, including the players taking the field through a military guard of honour, a minute’s silence and the national anthems of both teams, with the crowd joining in before an impromptu performance of God Save the King, breaking a long standing ovation out.

England captain Ben Stokes said he was “honoured” to play in memory of the Queen but added ahead of Saturday’s game “the show must go on” and Robinson appeared to take the message particularly to heart.

Robinson, who continued to open bowling alongside James Anderson, operated at a consistently nagging length in his second Test after an injury-plagued summer in a sensational first spell that made numbers of 8-3-21-4 and wicket in his column first over.

Dean Elgar offered an unsteady push that came back into him and was smashed through goal when his off-stump cartwheeled, while both South Africa’s openers were sacked within 14 balls when Anderson pulled the edge on Sarel Erwee and a diving Ben Foakes completed the first of four catches.

South Africa’s hesitation against Robinson was encapsulated by Keegan Petersen, who shrugged his arms into one who came back and cut the stump, and the England sailor then edged Kyle Verreynne and Wiaan Mulder to put South Africa on 36 for six in one leave wild opening session.

While Khaya Zondo (23) and Jansen (30) put up some resistance, the former was caught off guard by an ascending throw from Stuart Broad, which clipped the bat’s shoulder and led to the reverse point, ending a 36-run union after lunch in the over.

There were a couple of flashy drives from Jansen but he sliced ​​into the cordon to give Robinson his third Test in 11 games, sending his England bowling average into the teens.

Broad claimed to finish the last few wickets with four for 41 before Alex Lees made 13 runs from his first five balls early in England’s response, exemplary of their approach to batting this summer.

However, he was hit between bat and pad by Jansen, who then pinned Zak Crawley up front with a fuller delivery, batter burning a review. While there are still out-of-form question marks at both openers in England, they have been temporarily brushed aside as Pope continued his adventurous approach.

Between moments of happiness there were wrist snaps and handsome pulls, evidenced by a high-edged pull for four that propelled him to a half-century – his 15th 50-plus finish in 31 top-notch innings at his home field.

Joe Root and debutant Harry Brook shone on either side of a 30-minute rain delay just after the tea but both died at Jansen, whose four for 34 underscored South Africa’s folly in leaving the left arm at Emirates Old Trafford.

Pope gave England the lead but then fumbled with Kagiso Rabada and fell behind just after the end of a curious nine-ball innings from Stokes, who was thrown down before a flat foot from Anrich Nortje sailed into the slips.

Rabada snapped Broad with a lob, the 17th and final wicket on a hectic day just before the players ditched for the last time at dusk at 6.28pm, half an hour before the scheduled end.