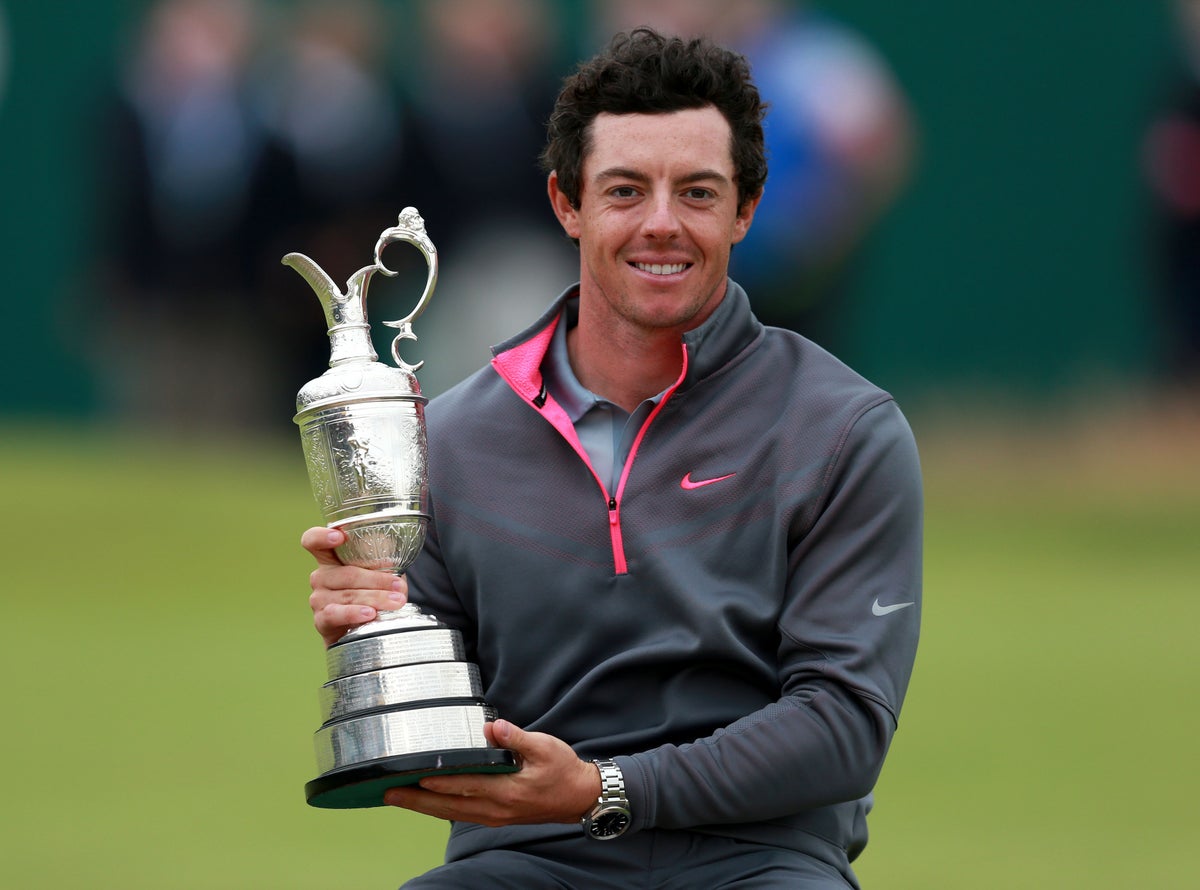 Northern Ireland Rory McIlroy won the 143rd Open Championship at Hoylake on this day in 2014.

The then 25-year-old hit a 71 on the final round to finish 17 under par – two shots ahead of Ryder Cup teammate Sergio Garcia and American Rickie Fowler – to secure his third Major title.

McIlroy was six shots ahead of Fowler and seven ahead of Garcia going into the final round, but his lead was soon shrunk to two as the Spaniard scored five shots over the first 10 holes.

However, Garcia made a crucial bogey on the 15th hole to relieve the pressure and had to settle for a final 66, while Fowler secured part of second place by registering three birdies on the last four holes.

McIlroy added the Claret Jug to his trophy case alongside the 2011 and 2012 US Open and US PGA titles, becoming the second Northern Irishman to be crowned Open Champion in four years, following Darren Clarke’s 2011 success.

“It feels incredible,” McIlroy said after his triumph. “The Open is what we all want and aspire to and to be able to hold this Claret Jug is an amazing feeling.

“It was’nt easy. There were a lot of people throwing at me and I just had to stay focused, stay in the present and focus on what I was doing out there.

“To have three legs in a career grand slam at the age of 25 is quite an achievement. It won’t sink in for a while.”

McIlroy went on to capture his fourth major title the following month with a second US PGA crown.

https://www.independent.co.uk/sport/golf/rory-mcilroy-sergio-garcia-rickie-fowler-american-b2127089.html On this day in 2014: Rory McIlroy wins the 143rd Open Championship in Hoylake

Robbi Jade Lew cheating: Why this could be the ‘biggest scandal’ in poker history