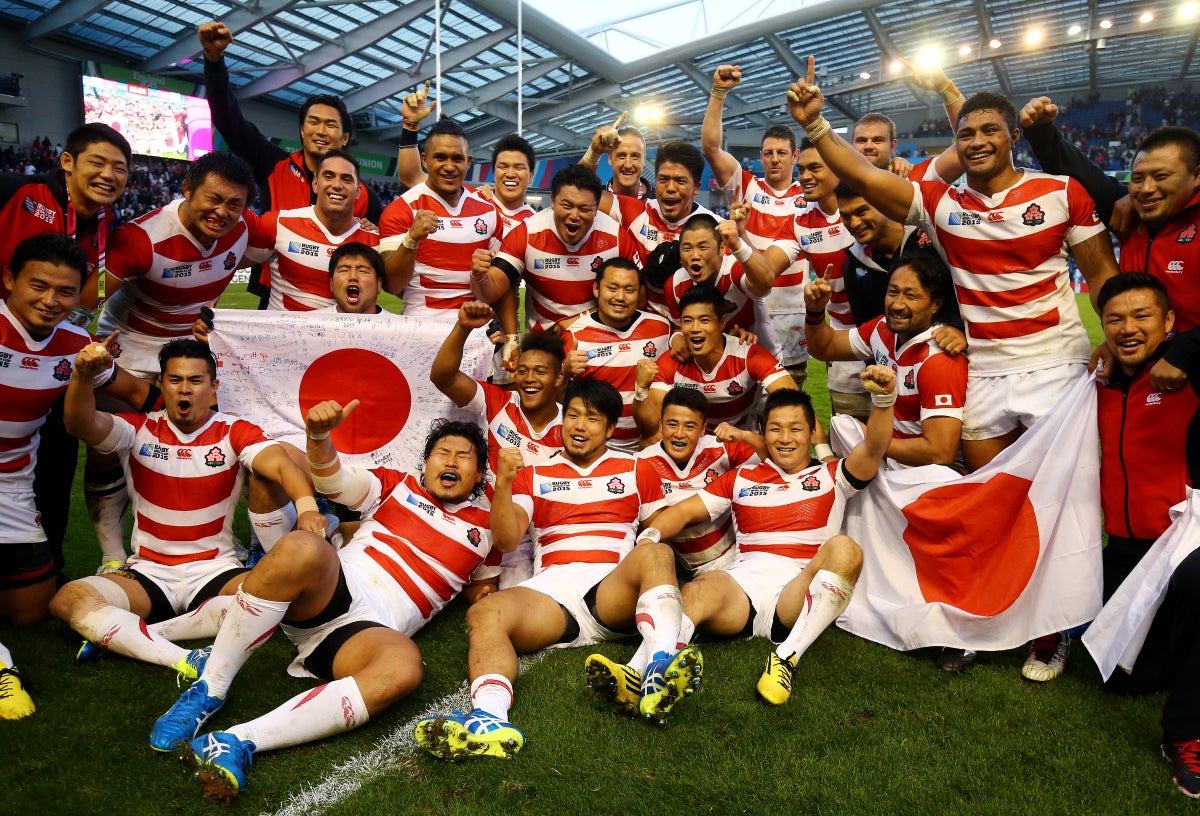 Japan caused the greatest shock in Rugby World Cup history when they defeated mighty South Africa 34-32 at the Amex Stadium in Brighton.

Jones admitted: “Japan beats South Africa? I had to look at the scoreboard at the end to see if it’s true or not.

“We kept going. It looked like they were going to run away with it at a point when they were seven points clear.

“That would have been the normal scenario, like the horror story where the woman takes a shower after midnight and you know what’s going to happen.

“Normally they would score three or four goals, at the end it’s 50-20 and everyone’s like, ‘Well done Japan, you tried, you were brave.’ But we were more than brave.”

Instead, it was the South Africans who starred in their own horror film.

They were down 10-7 midway through the first half thanks to an attempt by New Zealand-born Japanese captain Michael Leitch to nullify Francois Louw’s goal, but led by two points at half-time after Bismarck Du Plessis had scored.

Lood De Jager and Adriaan Strauss hit under the post in the second half but a try from full-back Ayumu Goromaru and his nervous kicking saw Japan equalize 29-29 with just 10 minutes to go.

When Handre Pollard converted a penalty five minutes from time, it seemed South Africa would at least avoid a humiliating defeat.

But the Japanese’s relentless pressure paid off as instead of taking a penalty for a tie, they were rewarded for their bravery when Hesketh struck in the left corner.

“I have already said that this will be the toughest World Cup ever and I think there will be more shocks. I still believe we can win the World Cup but I have to push some hard buttons to try and fix it.”

https://www.independent.co.uk/sport/south-africa-japan-eddie-jones-michael-leitch-heyneke-meyer-b2170105.html On this day in 2015 – Japan stuns South Africa at the Rugby World Cup

Russia is about to be expelled from the World Cup

“We have a contract, he’s our captain, so it’s very likely that he’ll stay” – Tuchel on Azpilicueta’s extension