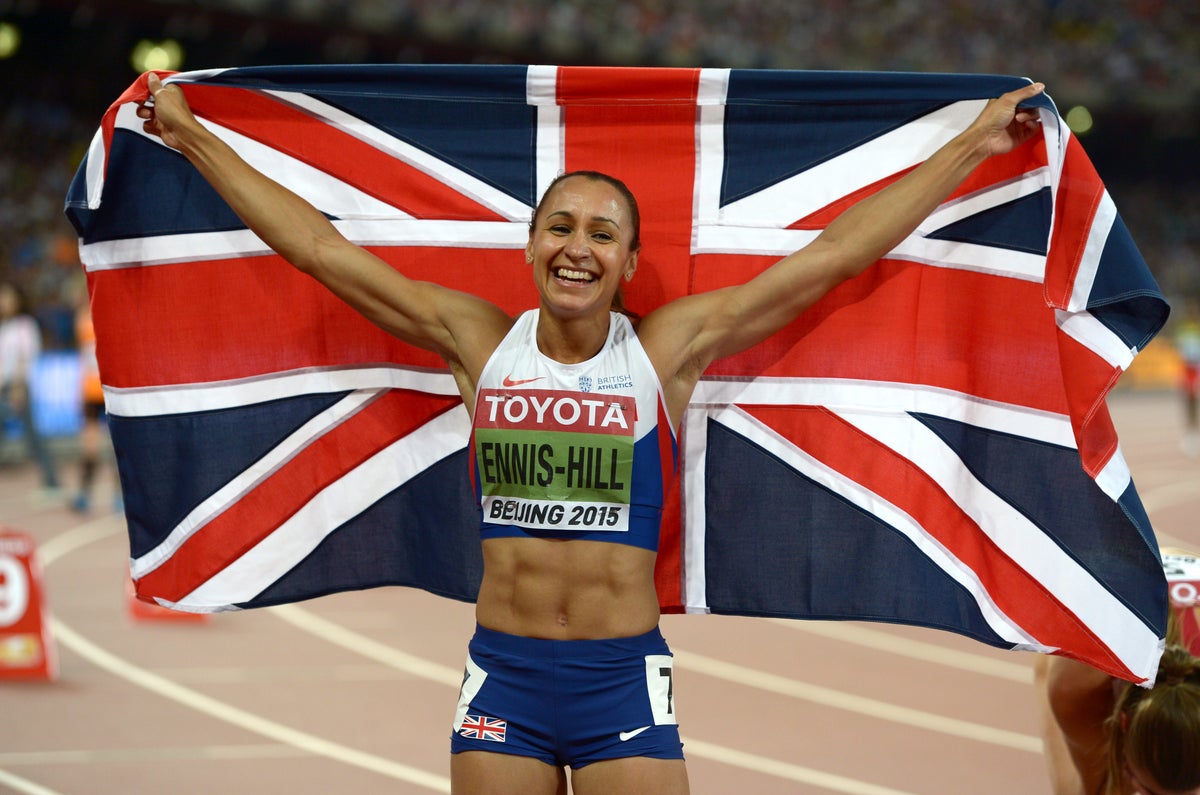 Jessica Ennis-Hill won the heptathlon at the World Championships in Beijing on this day in 2015, just 13 months after giving birth to her son.

Ennis-Hill completed her golden comeback by winning her first major championship since London 2012.

Just four weeks earlier, it was still unclear if the Olympic heptathlon champion would compete in China, having only returned to fighting in May following Reggie’s arrival the previous summer.

However, a promising performance at the Anniversary Games in London saw Ennis-Hill put forward for selection – a decision which in a way justified her at the Bird’s Nest.

The 29-year-old fought an intriguing battle with compatriot Katarina Johnson-Thompson to take the overnight lead, which she consolidated with solid performances in the long jump and javelin.

It put Ennis-Hill on top of the gold – an opportunity she didn’t pass up, winning her 800-meter dash in 2 minutes and 10.13 seconds to add another world championship to the one she had six years earlier in Berlin.

She said: “I can’t believe I’m here in the Bird’s Nest. I had just had my son this time last year and it’s an amazing feeling.

“To be honest it was just a huge surprise to even be here. To do the anniversary games and decide if I could come here and be competitive and to be here now and be on top, I’m at a loss for words.

“If I had come here I would have been happy if I had walked away with a bronze medal. Getting the gold is even better. This was definitely the toughest year ever.

“Going to London was incredibly tough and there were various pressures and challenges. But this year it’s just been so hard to juggle all my mommy responsibilities and working out.

“But it’s been the most amazing year because I’ve had my son and I’m back here on a global stage with a global medal.”

https://www.independent.co.uk/sport/jessica-ennishill-katarina-johnsonthompson-china-beijing-london-b2150544.html On this day in 2015: Jessica Ennis-Hill wins heptathlon at world championships

Government should not be exposed to energy supply

Antonio Conte reiterates how happy he is at Tottenham