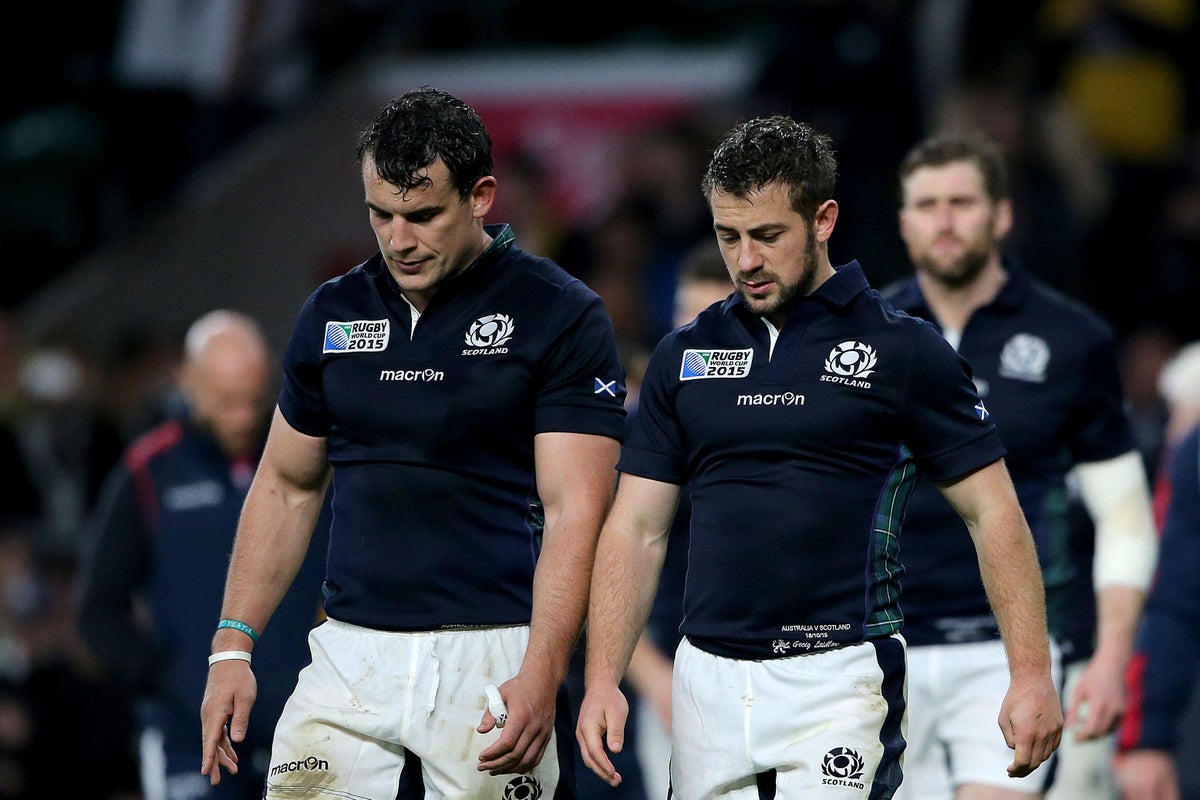 Scotland suffered a heartbreaking 35-34 loss to Australia and Ireland were beaten 43-20 by Argentina as the Southern Hemisphere shot clean in the quarter-finals.

Ireland’s result, which knocked Argentina out of a World Cup for the third time at the Millennium Stadium, was particularly disappointing.

After losing Paul O’Connell, Peter O’Mahony and Johnny Sexton to injury, Ireland made a disastrous start and failed to recover.

Ireland defender Keith Earls said: “It’s devastating to have to go home tomorrow after risking your body all tournament.

“We thought we were in a good place last week. We had a couple of injuries and were missing some strong leaders but it’s not easy when you give a team a 17-point lead after 15 minutes.”

In a tense eight-try contest, Mark Bennett’s interception seemed to seal a huge upset for Scotland, but referee Craig Joubert gave Australia a penalty for intentional offside and Foley had the final say.

Scotland were outraged by the decision and captain Greig Laidlaw said: “It’s very difficult to take at this point. It’s a very excited dressing room, as you can imagine.

“We have made great strides since the Six Nations. We were just a kick away from being in the semifinals and I think we should have been there.

“Now is not the time to move forward, we have to get over this disappointment first. We have what it takes to be a strong team.”

It was the first time ever that no six-nation team had reached the semi-finals of a World Cup, with New Zealand defeating Australia in the final.

https://www.independent.co.uk/sport/scotland-australia-argentina-craig-joubert-greig-laidlaw-b2204861.html On this day in 2015: Scotland and Ireland suffer heartbreak at the Rugby World Cup