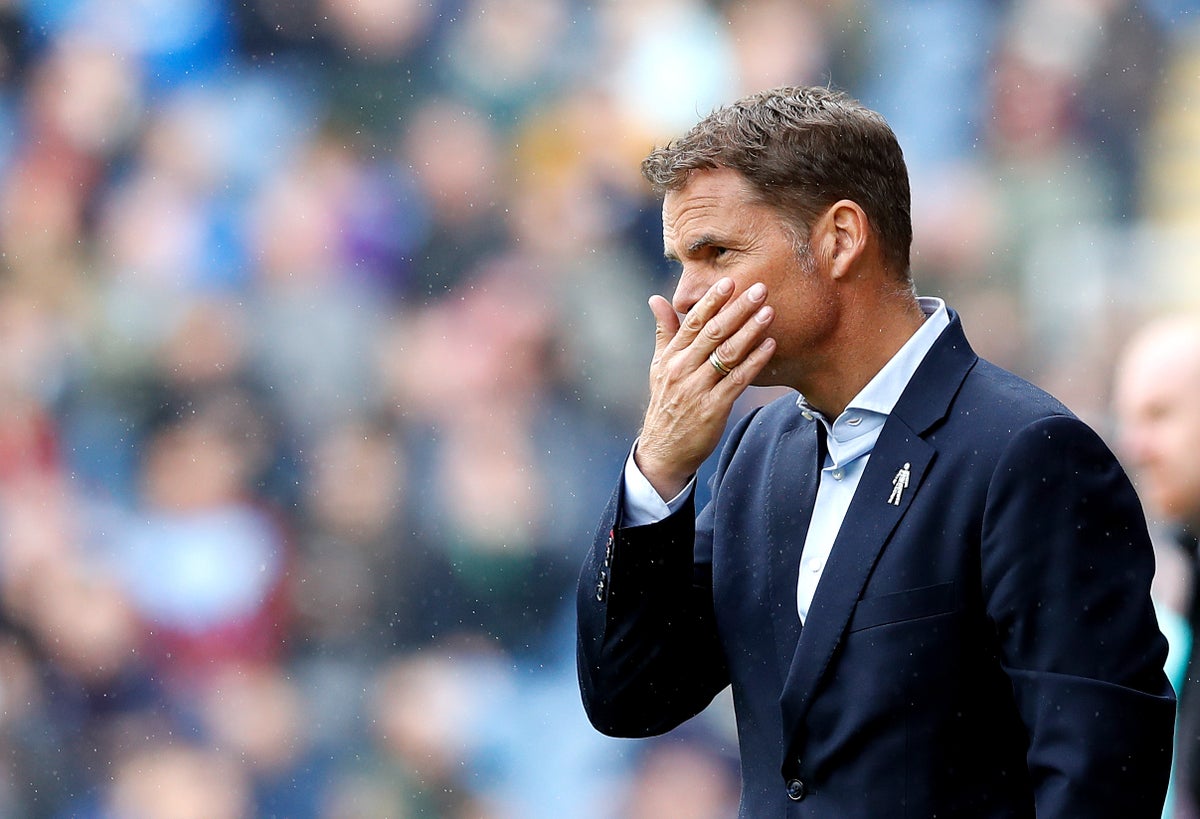 The 47-year-old Dutchman was named to replace Sam Allardyce at Selhurst Park on June 26, 2017 with the task of ending the “almost unbearable” pressure of the struggle to survive the Premier League.

Palace had won promotion to the top flight via the playoffs in 2013 but found life increasingly difficult as they tried to hold on to their status and the riches that came with it.

Allardyce had been dropped in December 2016, with the Eagles sitting 17th in the table after a win in 11 games under Alan Pardew, and by season’s end the former England boss had the club 14th on 41 points and seven points led the drop zone.

That was too close for the club’s hierarchy, however, as chairman Steve Parish said on introducing De Boer: “Some people in this room aren’t going to have a job if we’re relegated.”

The former Ajax and Inter Milan manager, who had enjoyed a distinguished playing career at Ajax and Barcelona before stints with Galatasaray and Rangers, arrived in south London determined to bring a new style with him.

De Boer, who had also served the Netherlands on the pitch with such distinction, admitted upon his appointment that he turned down the opportunity to take over at Liverpool in the summer of 2012 and built his position from the start.

He said: “In (Pep) Guardiola’s Barcelona spell, everyone is busy attacking but also defending; I would like to bring that to this club.”

Somewhat presciently, he also admitted that only time would tell how successful he would be on this mission.

He said, “You can sit here now and say I’m the right man, but in six months you can shake hands and that’s it.”

https://www.independent.co.uk/sport/football/frank-de-boer-selhurst-park-crystal-palace-steve-parish-barcelona-b2164660.html On this day in 2017: Frank de Boer is fired after just 77 days as Palace boss

Simon Punter shows seascapes from Worthing in an exhibition