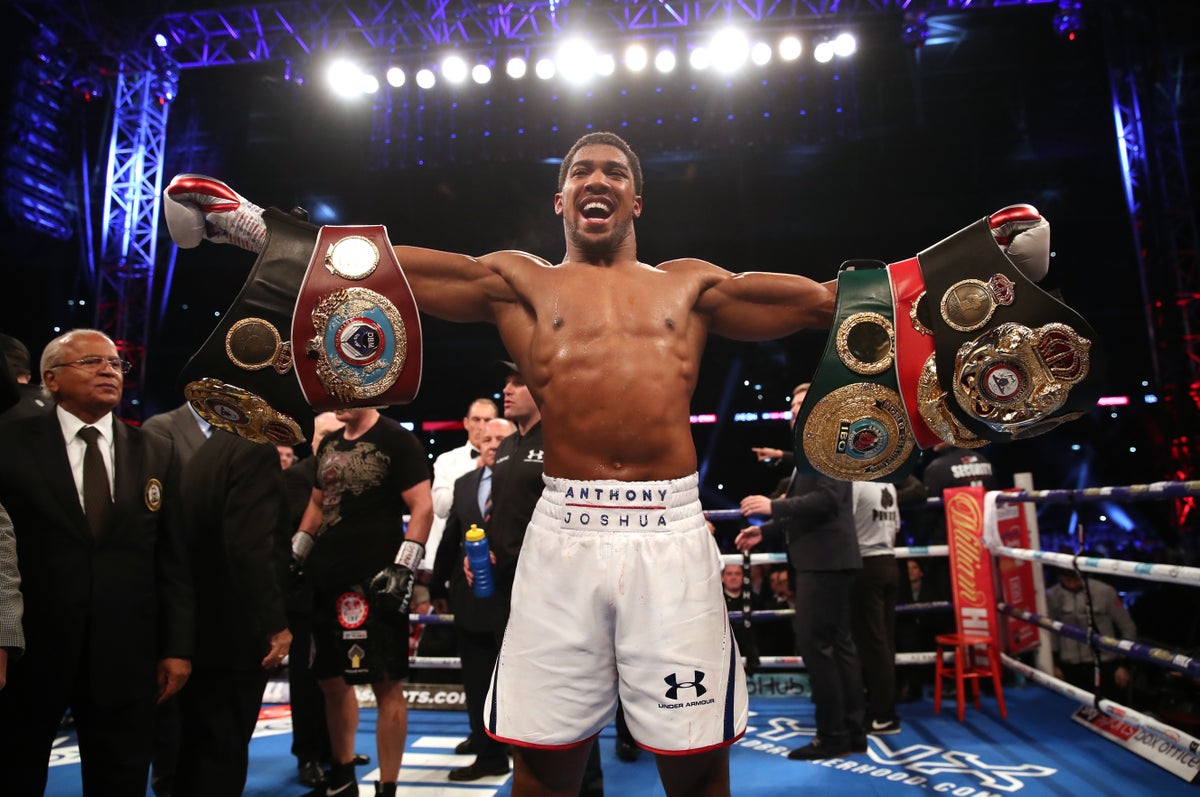 Anthony Joshua defended his WBA, WBO and IBF heavyweight titles on this day in 2018 with a seventh-round stoppage of Alexander Povetkin at Wembley Stadium.

The then 28-year-old retained his belts after twice throwing Povetkin to the canvas.

The British fighter claimed his 22nd consecutive victory and went unbeaten in his career despite breaking his nose in the first round from the Russian.

Joshua fought back to win after knocking down Povetkin in the seventh round; The Russian beat the count of 10 before Joshua finished the job with a combination of punches to end the fight.

After the fight, Joshua said, “Alexander Povetkin is a very tough challenger; he proved that. But I came here to have fun, do what I worked on in the gym and do my best.

“I knew he was strong for the head but I know he was weak for the body so instead of hitting the head I changed it.

“He threw well to the right but let’s not worry, that’s out of the way.”

Nine months after his win over Povetkin, Joshua suffered his first shock defeat after being knocked down by Andy Ruiz Jr in the seventh round before winning a rematch three months later.

https://www.independent.co.uk/sport/anthony-joshua-alexander-povetkin-british-wembley-ibf-b2172687.html On this day in 2018 – Anthony Joshua beats Alexander Povetkin to defend belt

Louise Quinn: What the Euros have to offer – great goals, fighting trolls and the female Haaland