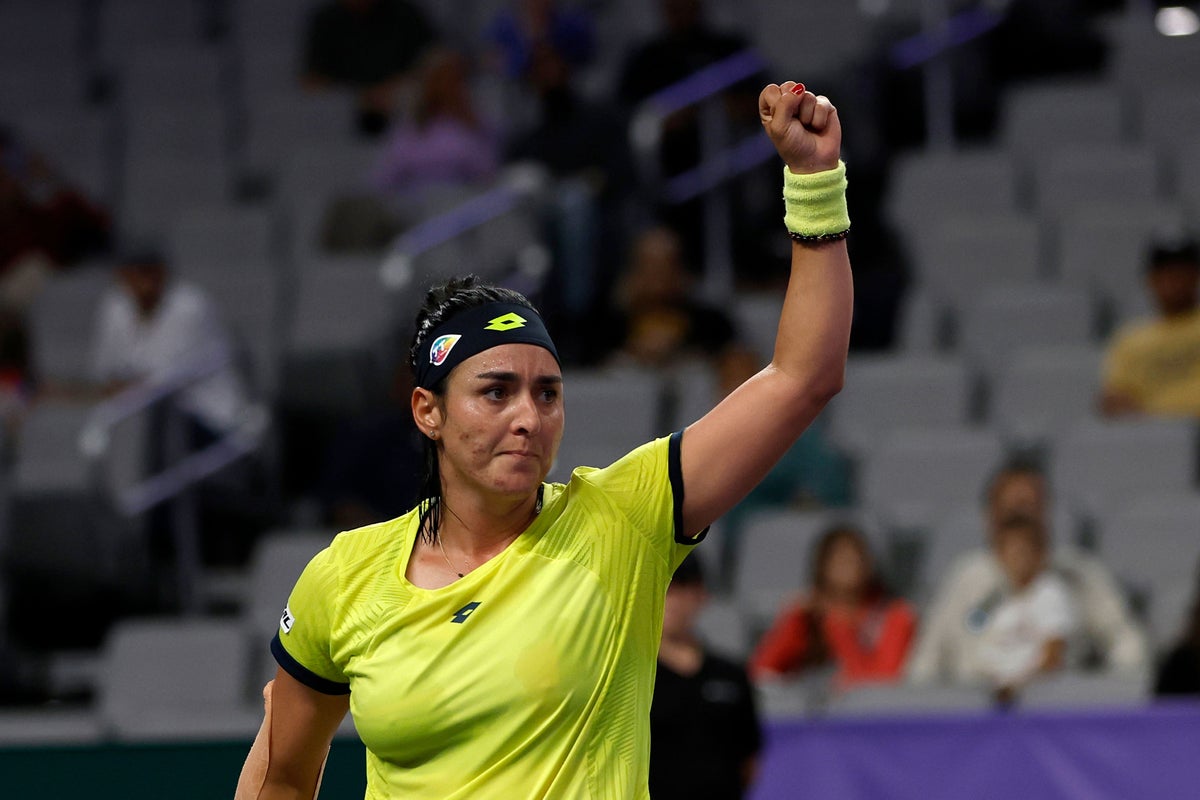 World number two Ons Jabeur has bounced back from an upset to become the first Tunisian to win a WTA Finals match.

The tournament’s second seed, who fell to Aryna Sabalenka on opening night in Fort Worth, Texas, defeated fellow 28-year-old Jessica Pegula 1-6, 6-3, 6-3 on Wednesday after losing the last three games in the had won second and third sets.

“After the first set, she played really well and very fast,” Jabeur told the Tennis Channel.

“The balls were hard, very low – I know she likes to play the balls that way. And I just had to find that click to change the rhythm and get my game through.”

A loss would have seen Jabeur exit the tournament after the seventh Sabalenka lost to Maria Sakkari in a later game.

The Greek world number five needed just an hour and 37 minutes to defeat Sabalenka 6-2, 6-4, a stark departure from the nearly three hours it took her to beat the same opponent at the tournament a year earlier win.

“If you’re not aggressive on this pitch, it’s just game over,” Sakkari said after her match.

“If I’ve been passive, especially against her, the hardest hitter on the tour, then it’s just goodbye. I just tried. If I won’t do it here, when will I do it?”