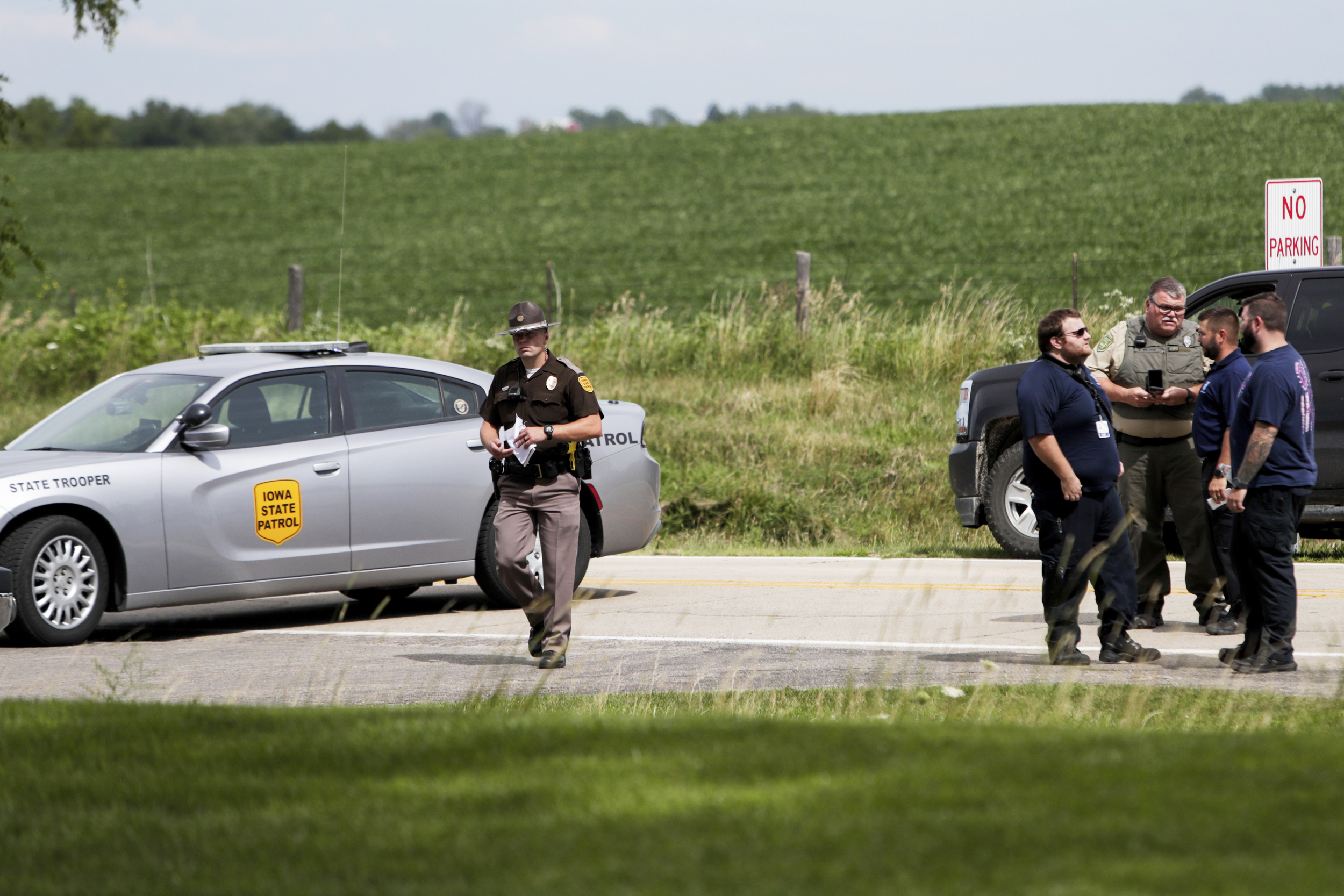 A Cedar Falls couple and their 6-year-old daughter were fatally shot while camping in an Iowa State Park in an apparently random attack by a Nebraska man who later turned the gun on himself.

According to the Mayor of Cedar Falls, the couple leaves behind a 9-year-old son. As of Saturday, it wasn’t immediately clear if the boy was with his family at the time of the attack at Maquoketa Caves State Park Campground.

The Iowa Department of Public Safety identified the victims as Tyler Schmidt, 42; his 42-year-old wife Sarah Schmidt; and their 6-year-old daughter Lulu Schmidt. Their bodies were found early Friday in their tent at the campsite about 180 miles east of Des Moines.

Authorities said the suspected gunman, 23-year-old Anthony Sherwin, was found dead in a wooded area of ​​the park from a self-inflicted gunshot wound.

Mitch Mortvedt, deputy director of the Department of Public Safety’s Criminal Investigations Branch, told The Associated Press on Saturday that the motive for the attack was still unknown.

“We don’t know what caused what triggered it,” he said, adding that “the investigation to date has not revealed any early interaction between the Schmidt family and him.”

Cedar Falls Mayor Rob Green, who said he is a neighbor of the Schmidts, posted on Facebook on Friday that the couple’s 9-year-old son Arlo “survived the attack and is safe.” The Post didn’t say if Arlo was in the tent or at the campsite when the shooting took place, and Green told the AP he didn’t have those details. Authorities would not immediately confirm the information in the mayor’s post or comment on the boy.

Sarah Schmidt worked at the Cedar Falls Public Library, which closed Saturday after news of her death.

“Like many of you listening to the news right now, I am devastated,” Green wrote on Facebook. “I knew Sarah well, and she and her family regularly walked here in the Sartori Park neighborhood. I worked with her this week on a public library technical presentation for July 26th.

“Her 9-year-old son Arlo survived the attack and is safe,” Green wrote. “I’ve notified neighbors and for those of you who are just finding out through this post, I’m so sorry.” He said he will be sharing forthcoming details about services and memorials.

As of Saturday afternoon, a GoFundMe page built for Arlo has raised more than $40,000. The site, which says it was organized by a cousin, Beth Shapiro, said, “Arlo is a strong boy surrounded by family and friends who support him as best they can.” The site says the fund Arlo will help now and fund his future education.

The killings led to the evacuation of the park and campground, including a children’s summer camp. After the evacuations, Sherwin was the only person missing, Mortvedt said.

He said that as the investigation progressed, authorities learned that Sherwin was armed, and “of course that raised our awareness.” Iowa permits those with permits to carry firearms virtually anywhere in the state. Officials did not say whether Sherwin had a permit and provided no information about the firearm used to kill the Schmidts.

The Des Moines Register reported that Sherwin was from La Vista, Nebraska. La Vista Police Chief Bob Lausten told the newspaper that Sherwin lived with his parents in an apartment complex and that he had no criminal history.

Autopsies on Sherwin and the victims were scheduled to be conducted over the weekend, Mortvedt said, and more information would likely be released based on those results.

The state park and campground have been closed until further notice. The Department of Natural Resources said in an email to the AP that campers with reservations through Thursday will receive refunds. All campers who were in the park but had nothing to do with the shooting were able to retrieve their belongings, the DNR said.

Asking for a friend: "I cheated on my partner and I don't regret it. I'm tempted to see him again - dare I?'

The emotionless killing of Ashling Murphy is a shocking example of the danger to women and society having to answer tough questions.

Faculty Districts Should Make an Essential Choice: Masks or Not?