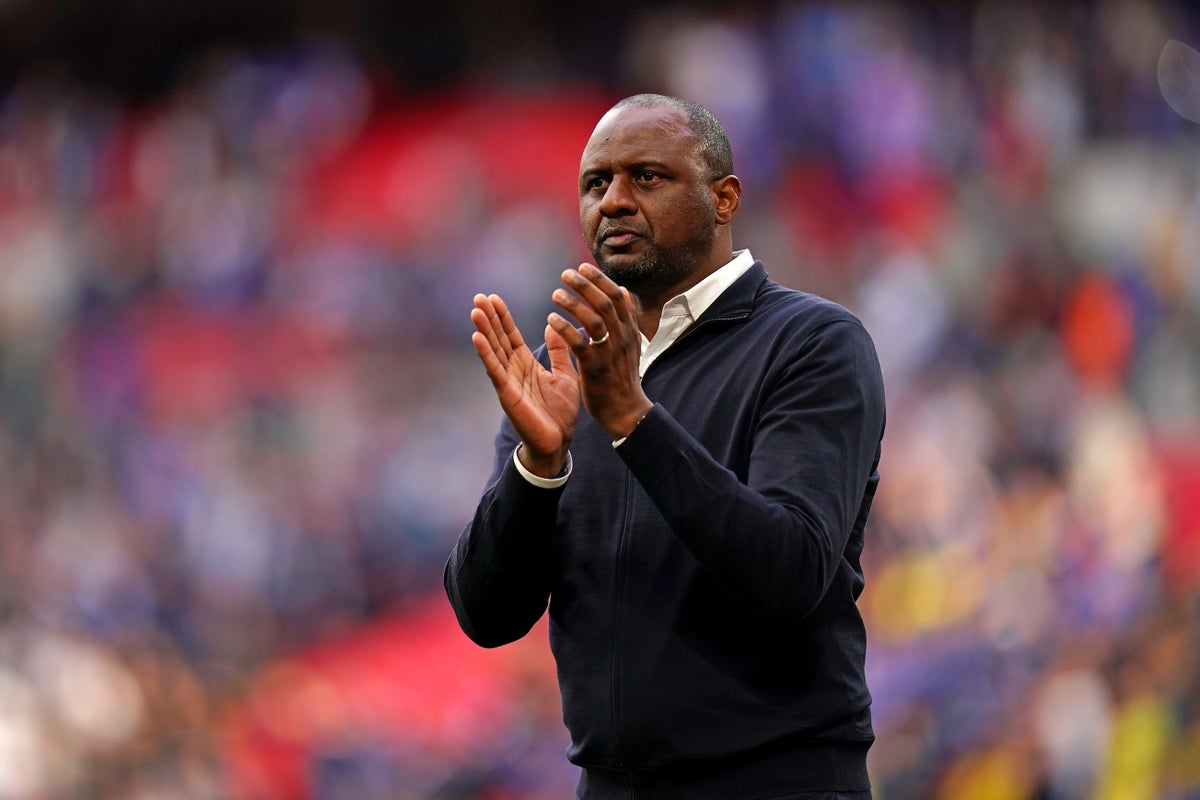 Crystal Palace boss Patrick Vieira believes his first-team stars will be imperative for the Carabao Cup tie against Oxford after the club’s first win of the season.

Palace travel to the League One U’s on Tuesday night after Saturday’s deserved 3-1 Premier League win over Aston Villa.

“After a performance like that, every single one of them will want to play again,” said the Frenchman, whose side lost their opening game in the top flight to Arsenal before being drawn at Liverpool.

“So it’s important to keep that confidence, that belief, and the best way to do that is for players to play games.

“We will compete, of course we want to go as far as possible (in the competition).

“If you look at performances against Liverpool and Arsenal we performed well but we didn’t win those games.

“(Against Villa) we performed well and we won, so it’s important for us to keep that up.”

The second-round tie is the first competitive game between the clubs since a second division tie on Boxing Day 1998, which Palace won 3-1 thanks to goals from Craig Foster, Clinton Morrison and Lee Bradbury.

Oxford have finished fourth, sixth and eighth in the last three League One seasons but are currently 19th after winning from five games.

https://www.independent.co.uk/sport/football/patrick-vieira-oxford-aston-villa-crystal-palace-premier-league-b2149990.html Patrick Vieira wants to name a strong team from Crystal Palace for the Carabao Cup clash against Oxford

Solly March, from Brighton, is looking forward to the Manchester United test