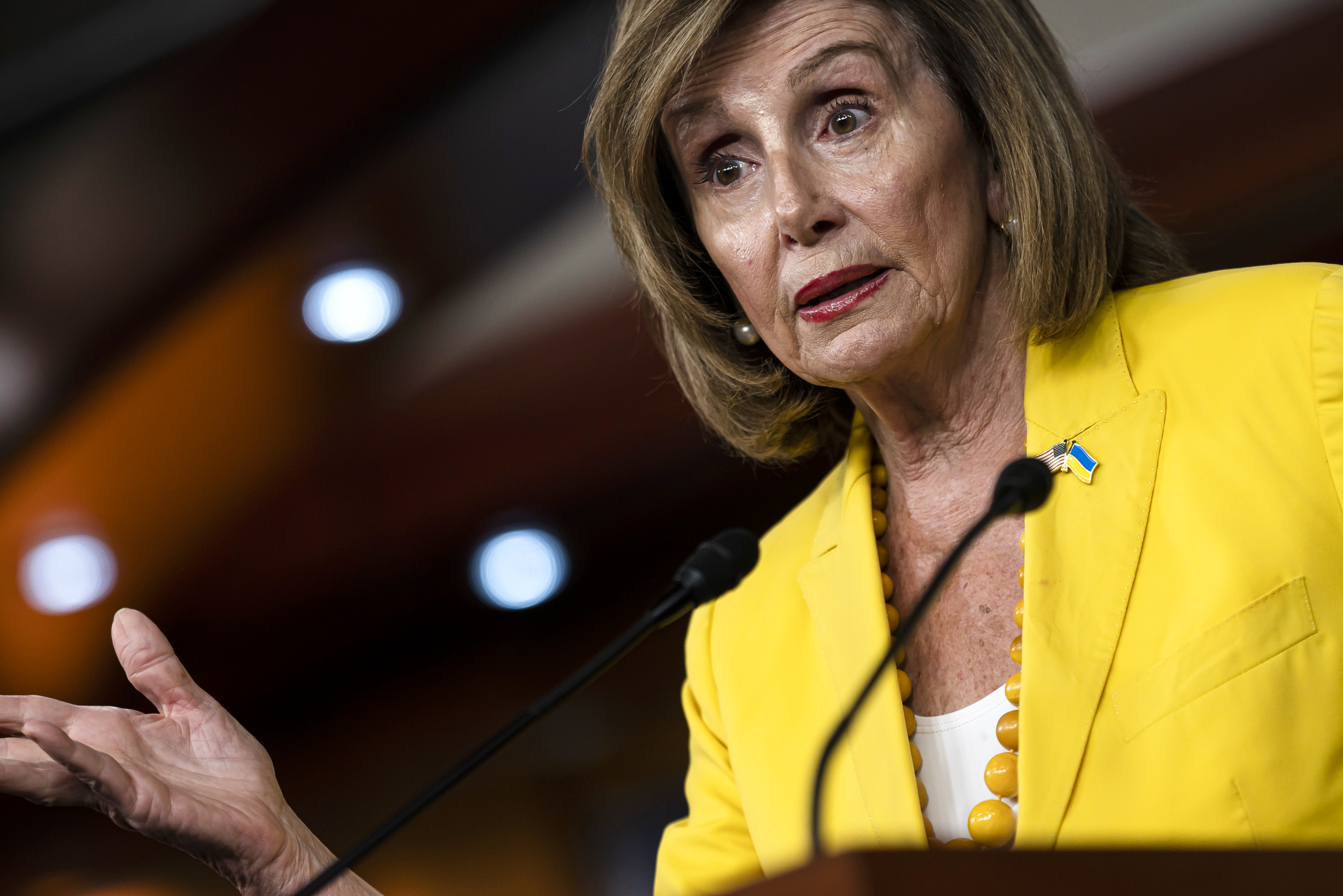 House Speaker Nancy Pelosi, D-Calif., on Friday defended efforts to bolster vote-bucklers and other far-right Republican candidates whom Democrats see as easier to defeat, despite criticism from members of their own party.

“The political decisions that are being made out there are being made to further our election victory, Pelosi told reporters during a Friday news conference. “We think the contrast between Democrats and Republicans as they are now is so stark that we — we have to win.”

The Democratic Congressional Campaign Committee launched one $425,000 ad Earlier this week, a House nominee was reinforced for a district in western Michigan, backed by former President Donald Trump.

While the ad at face value is an attack on Gibbs for his ties to Trump, GOP primary voters may be motivated to vote for him for the same reason. A spokesman for his opponent, first-term MP Peter Meijer, said the ad was an attempt by Democrats to increase their chances of winning the district in the fall.

Some House Democrats earlier this week criticized Gibbs’ ad, citing the dangers of elevating a former Trump official as a compromise to their broader message that Trump’s movement poses a threat to American democracy.

Pelosi’s comments came in response to a reporter who asked how the speaker reconciled comments she’s made repeatedly about calling for a strong Republican party with Democrats’ efforts to bolster walkout Republican candidates.

“I said we need a strong Republican Party, not a cult of personality, that didn’t mean we shouldn’t also have a strong Democratic Party,” Pelosi said.

The ad charging Gibbs was just one example of the Democratic Party’s efforts to meddle in the GOP primary. Democrats also sought to bolster Sen. Doug Mastriano, a far-right voter-waiver who was outside the Capitol on Jan. 6, in Pennsylvania’s GOP gubernatorial primary.

Democrats have meddled with a number of other races.

In view of the cost of living crisis, father puts up a “ridiculous” price for a school trip at the end of the year

Woman, 70, slapped man in the face, sparking a mass brawl in which chairs were thrown around like a “pack of animals”.