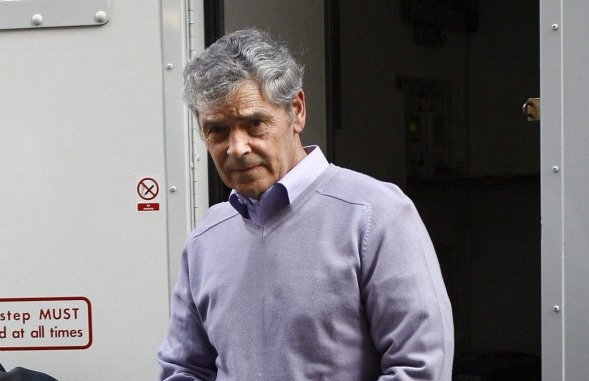 Serial killer Peter Tobin refused to admit to any more killings when detectives questioned him on his deathbed.

Tobin, 76, died at Edinburgh’s Royal Infirmary on Saturday after feeling unwell at HMP Edinburgh, where he was sentenced to life in prison for three murders, police said.

But detectives have long suspected Tobin had more victims and hoped he would reveal his secrets before he dies.

Tobin, who lived in Brighton from 1969 to 1990, was serving a life sentence for raping and murdering Polish student Angelika Kluk, 23, and hiding her body under the floor of a Glasgow church in 2006.

The killer was also serving life sentences for the 1991 murders of 15-year-old schoolgirl Vicky Hamilton from Redding near Falkirk and 18-year-old Dinah McNicol that same year. Their bodies were found 17 years later, buried in the garden of his former home in Margate, Kent.

Police believe he is responsible for the murders of other women because he has had at least 40 aliases and 150 cars in his life.

He is suspected of being connected to the 1988 disappearance of 18-year-old Louise Kay from Beachy Head. After telling a friend that she would sleep in her car after a night out, she was never seen again.

Detectives investigated whether Tobin was responsible for Louise’s disappearance but were never able to prove his involvement, although Strathclyde Police’s Detective Superintendant David Swindle said in a 2018 documentary he believed Tobin killed her.

He is also suspected of the murder of 22-year-old student Jessie Earl, who also disappeared from Eastbourne in 1980, with her remains being discovered on Beachy Head nine years later. Jessie’s parents believe Tobin is their daughter’s killer.

Detectives are understood to have spoken to Tobin during his final days in hospital in an attempt to get him to admit to further crimes.

Detective Chief Superintendent Laura Thomson, head of Serious Crime at Police Scotland, said: “Recent attempts to encourage him to do the right thing and share his knowledge that could help the police have been unsuccessful.

“While we currently have no lines of investigation into Peter Tobin, we welcome any information regarding his activities.”

The Sunday Mail previously reported that Tobin had cancer and had fallen and broken his hip. The publication said the killer refused food and medication.

A photo of Tobin circulated last month, showing Tobin in a hospital gown “chained to a hospital bed” and critically ill.

Vicky Hamilton’s family said they no longer wanted to speak about Tobin.

Siblings Sharon, Lee and Lindsay said on Facebook: “We remember Vicky, we remember her laugh, her smile and we want to cherish that memory after all these years of not knowing what to do with.” happened to her, followed by heartbreak at losing our mother shortly after Vicky went missing.

“He no longer deserves the thoughts of our family.

“If he has made more sacrifices our hearts go out to their families and we can only wish that one day they get the closure they so much deserve.

“We will not celebrate a death but will commemorate Vicky, Angelika and Dinah along with all other victims and we respectfully ask others to do the same.”

Former Strathclyde Police detective David Swindle, who led the investigation into Tobin, said he had no doubts the serial killer murdered more people.

Speaking to the BBC, he said: “Peter Tobin is evil. He’s absolutely evil.

“This is someone who had no respect for humanity.”

He added, “This is a coward who took his secrets to his grave.”

A Police Scotland spokesman said: “At around 6.04am on Saturday 8 October 2022 officers visited Edinburgh’s Royal Infirmary following the death of a 76-year-old man.

“The death will not be treated as suspicious and a report will be submitted to prosecutors.”