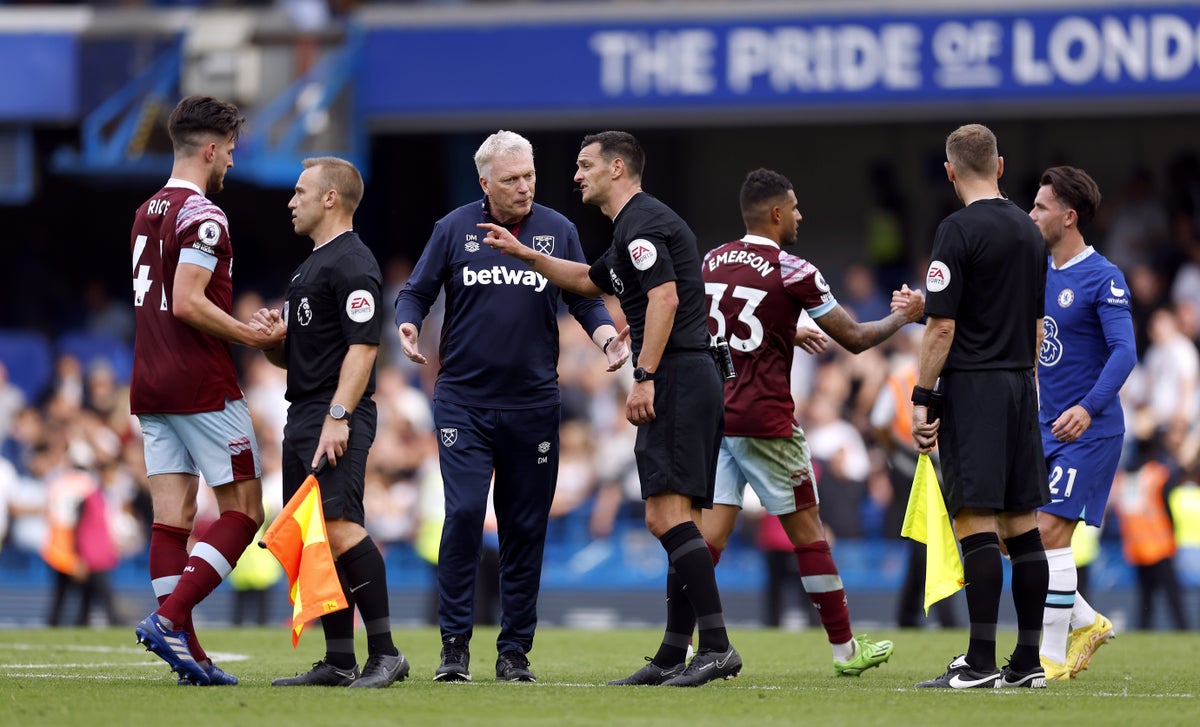 The refereeing body PGMOL has effectively admitted that the respective VAR decisions not to allow goals at Chelsea and Newcastle on Saturday were wrong and vowed to “fully cooperate” in a review of the Premier League incidents.

The Professional Game Match Officials’ Board took the rare step of “acknowledging” the specific controversies in a statement on Sunday, accepting the Premier League’s request for an additional investigation.

VAR decisions in all affected games are already being reviewed by a five-person independent panel made up of representatives from the Premier League and PGMOL, plus three ex-players, and the results are being communicated to the clubs concerned.

It is therefore telling that PGMOL took the extra step following Saturday’s action when West Ham denied a late equalizer against Chelsea at Stamford Bridge, while the Magpies drew 0-0 with Crystal Palace after a Tyrick own goal Mitchell had been locked out in St. James’ Park.

“We will fully cooperate and work with the Premier League and their application to review these two particular incidents and use the result as part of the ongoing assessment of our match officials’ weekly performances and future development.”

Maxwel Cornet’s goal was annulled after a VAR review in the London derby, with Jarrod Bowen believed to have fouled Edouard Mendy when he tried to reach a ball that spilled from the keeper.

An irate Moyes said: “I’m amazed VAR sent the referee to see it. But I thought even if he goes to TV, there’s no way he’s going to overturn that because that’s a goal. It was a ridiculously bad decision.

“Today I would question VAR as much as I would the referee. But the referee should have stuck to his own guns. The sad thing is that this is currently the level of weak referees.

“But if you say today that the referee’s error has been corrected by VAR, I’m saying I won’t see that in a million years. And I’m actually more ashamed of the guy who did the VAR than I am of the referee.

“Because that tells me it’s someone who doesn’t understand football and probably shouldn’t be around if they think that was enough to send the referee on screen.”

Newcastle manager Eddie Howe reacted a little more measuredly when he saw Mitchell’s own goal being knocked over.

Referee Michael Salisbury ruled it out over a foul by Joe Willock on goalkeeper Vicente Guaita, but Howe said: “I personally didn’t think it should have been denied, I thought it was a foul or a shove on Joe Willock in the build. until the ball comes in.

“Joe’s momentum is fixed by his opponent at this point, he then carries it into the keeper.

“But without that nudge, there’s no way Joe would have gone in with that power, so it’s not a foul to me. If anything, it’s a penalty if it’s not a goal, so I was very surprised by the result.”