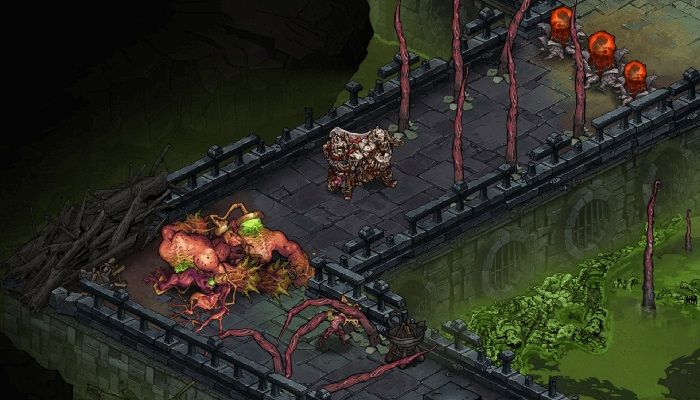 With the final alpha test set to begin on May 25th, there are some additional previews for the cross-platform HTML5-based action MMO Crazy world. There’s a new video where we can hear what an NPC voiceover sounds like and a final alpha trailer that expands on the previous teaser.

The published NPC voiceover example is in Korean original and we can get an idea how the NPCs might sound and see them in the dark game world. In the tweet that featured the video, there was a small note that said, “If Crazy world will continue to love full voice…” and it seems to hint at opportunities for more voice work in the game if the game becomes a success. It’s not entirely clear and still stands alone, but we need to see if Jandisoft has any further announcements to make regarding additional game flavors like voiceover work.

Also, a new trailer recently released that is longer and more detailed, and builds on the brutal first teaser released for the final alpha. This emphasizes the cruel and dark world, the terrible monsters, but also a bit of hope in the co-op gameplay. Players will be able to fight side-by-side, and when it comes to MMOs, throwing yourself into a challenge alongside a good team is a real highlight.

Mad World’s promotion has so far focused on the brutality of the world, a world that has changed and gone dark. There are some glimmers of hope, but they will be scarce, at least initially, and maybe forever if evil ultimately wins.

https://www.mmorpg.com/news/preview-mad-worlds-npc-voiceovers-and-see-a-dark-new-trailer-before-next-weeks-final-alpha-2000125066 Preview of Mad World’s NPC voiceovers and a gritty new trailer ahead of next week’s final alpha