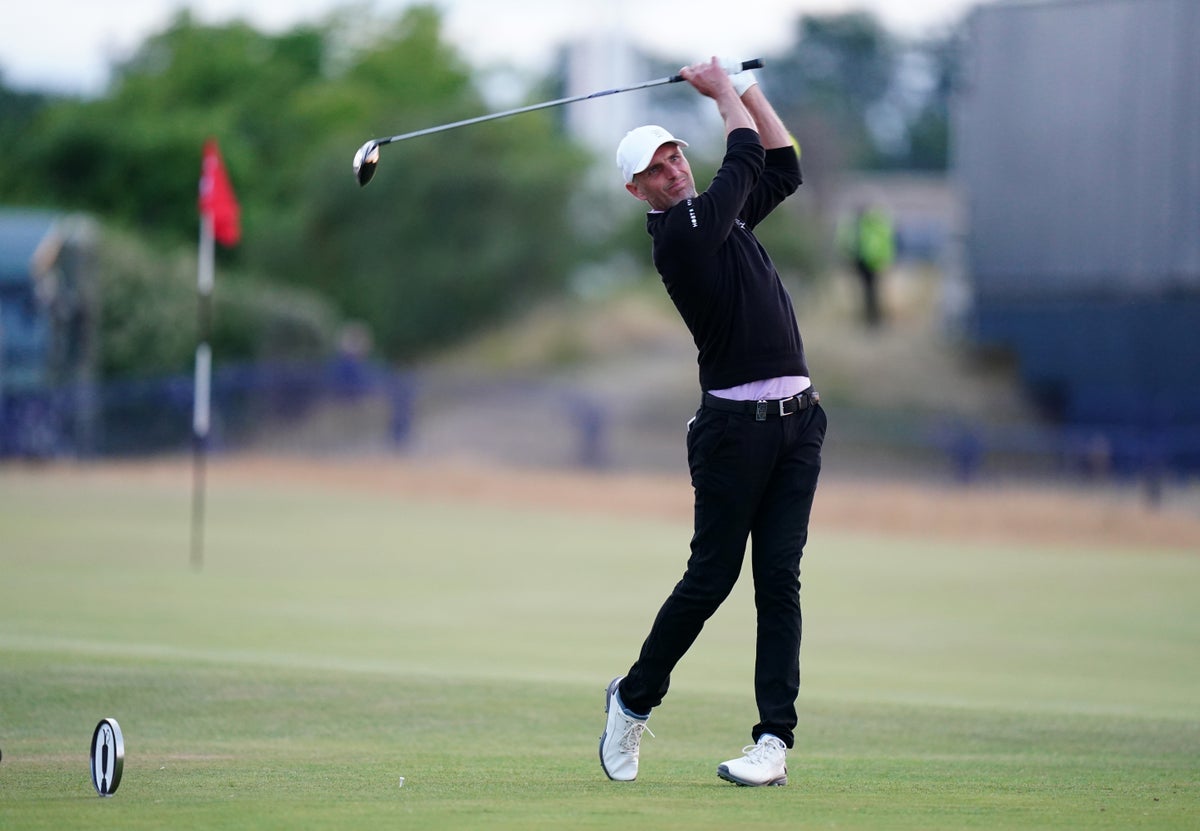 England qualifier Robert Dinwiddie couldn’t hide his delight after blasting his way to a tie for third place on day one of the Open.

The 39-year-old, who has worked for a construction company for the past two years to make ends meet, carded a 5-under par 67 at St Andrews on Thursday.

That put him level with Australian Cameron Smith and three behind American Cameron Young’s lead.

“I’m very happy,” said Scottish-born Wandsworth resident Dinwiddie. “It was a fantastic day to get a good result.

“I played well. I just try to give 100 percent with concentration, dedication and effort.”

Dinwiddie admitted his round, which ended in a birdie on the 18th, had been a test of his resolve. On a day of slow play on the Old Course, his group – the penultimate three-ball of the day – took more than six hours to get around and finished after 10pm in the fading light.

Dinwiddie, who is playing his third Open but his first since 2017, said: “They expect it to be a long round and I had a lot of food in my bag.

“It’s a physical and mental test and it’s dark and it’s going to be cold. It was hard.”

Love Island: Why do people think Paige should leave with Jacques? Plus, Adam chooses in tonight's recall...