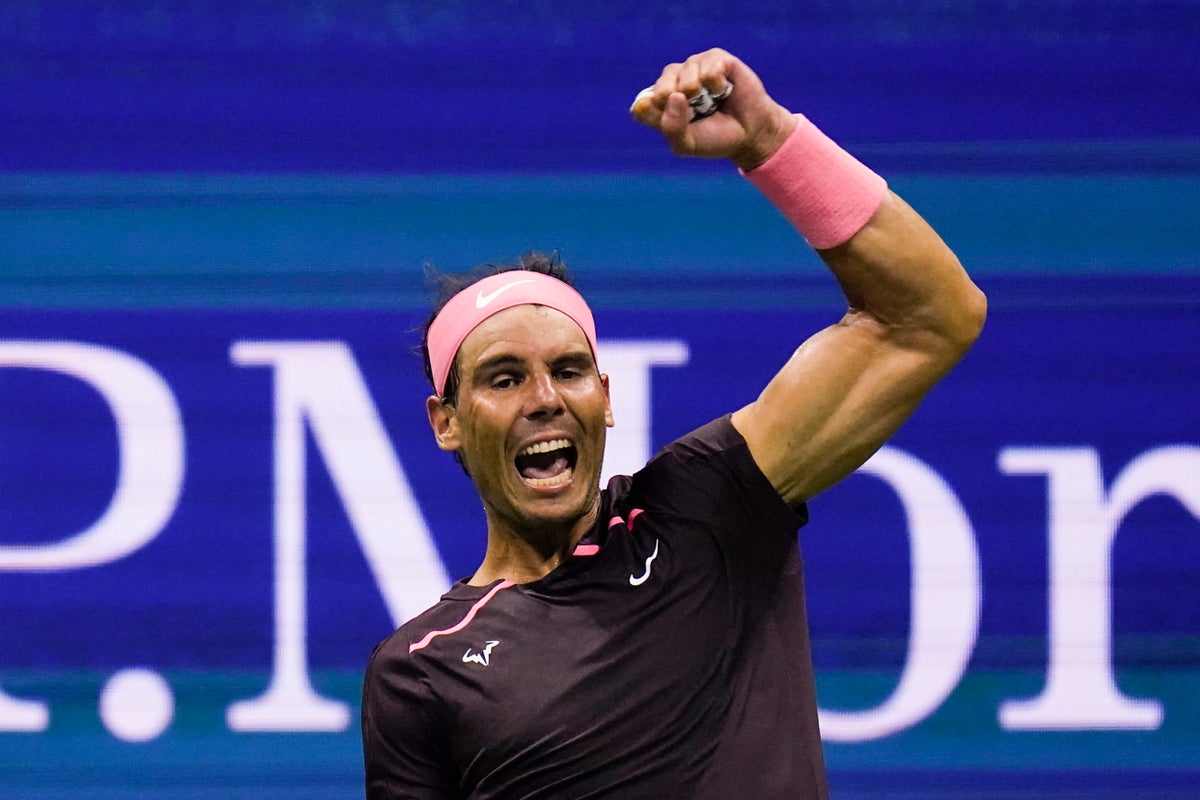 Rafael Nadal lost his opening set at the US Open for the first time in his career but was buoyed by his recovery to beat Rinky Hijikata.

Nadal has few games after tearing his stomach at Wimbledon and Australian wild card Hijikata capitalized on his chance at Arthur Ashe Stadium with a brilliant first set.

But Nadal, who is yet to lose a Grand Slam match this year, immediately struck back to claim a 4-6, 6-2, 6-3, 6-3 victory to defeat his veteran colleague in the second round Fabio Fognini to compete.

Nadal said: “Obviously it was a tough match. I don’t think I started that badly in the first couple of games, but then I had some chances that I couldn’t take.

“I think I didn’t play well with my serve. Then he had the break. Then I was a bit nervous. First match here in New York after three years, night session, it’s always exciting. I went through this difficult moment.

“But then I think I played better. It wasn’t perfect. But I am happy. More or less the second game in 50 days. Somehow it wasn’t the day to play perfectly. It’s a day for just getting work done, and I did. Happy about.”

Nadal’s compatriot Carlos Alcaraz, the third seed, was handed a tough two-set afternoon by Sebastian Baez before the Argentinean began to struggle with the brutally hot conditions, falling 7-5 7-5 2-0.

https://www.independent.co.uk/sport/tennis/rafael-nadal-us-open-rinky-hijikata-b2156252.html Rafael Nadal drops opening set at US Open for first time but recovers to win

Headlines this morning: Younger workers must pay €2,500 a year so that older people can retire at 66; Couple in 80s dies in shock in multi-vehicle collision